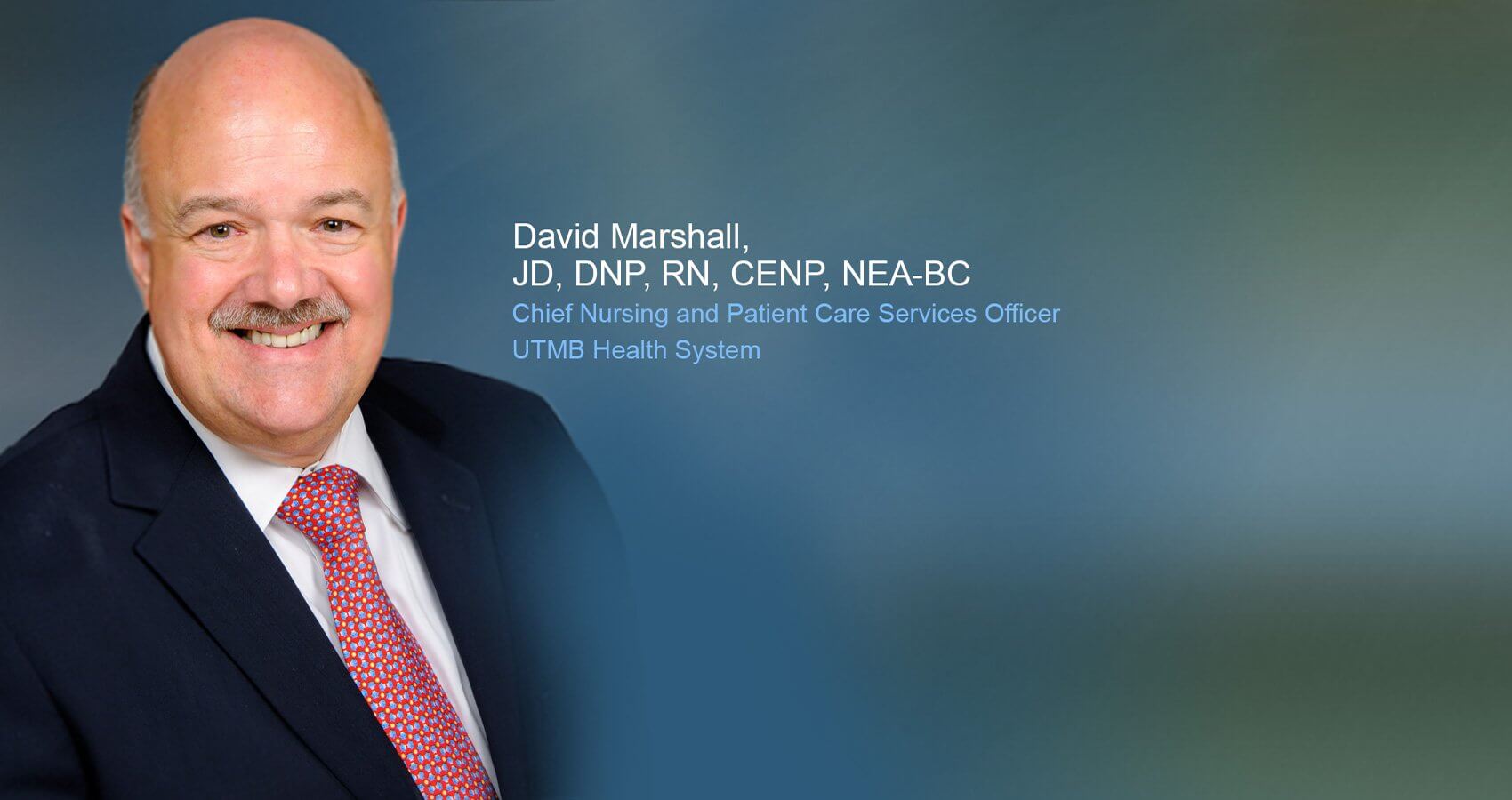 Marshall was recognized for his achievements as a senior-level nursing executive, and was one of only three award recipients from more than 150 nominations nationally the magazine received.

The awards were given to recognize the diverse and critical roles that nursing clinicians, managers and executives play in delivering high quality, compassionate care.

“I am grateful for and honored by this recognition; however, it is truly a reflection of the excellent health care and nursing leaders I work with on a daily basis at UTMB Health,” said Marshall. “Their outstanding performance and support buoys me in ways that I’ll never be able to describe.”

During Marshall’s tenure at UTMB, he has been instrumental in numerous initiatives, particularly UTMB’s successful efforts to regain magnet status after Hurricane Ike.  The Magnet Recognition Program by the American Nurses Credentialing Center recognizes health care organizations that provide the very best in nursing care.

In 2015 Marshall was also recognized by the Texas Nurses Association District 9 as one of 25 outstanding nurses. He was nominated by his peers and co-workers as an exemplary registered nurse in the Houston/Galveston area.

“David Marshall is an exemplary nurse and visionary executive leader of nursing at UTMB Health. As a leader, he has the right balance of being forward thinking while, at the same time, balancing the critical needs of patients. David always has the patient at the forefront of all of his decisions,” said Donna K. Sollenberger, executive vice president and CEO of UTMB Health. “His career and the successes he has achieved along the way make him a role model for all nurses. His tenacity, courage and compassion were all needed to help people see the bright future UTMB Health still had, even in its darkest hours. I have worked with many nurses, and I can honestly say David Marshall is the epitome of all that is great about nursing!”

Marshall’s 33-year affiliation with UTMB began in 1983 when he entered the nursing residency program.

According to Marshall, awards from an industry leader like Modern Healthcare highlight the unique contributions that nurses make in health care.

“As an awardee, I hope my career will influence others to achieve excellence in leading and practicing nursing,” said Marshall.