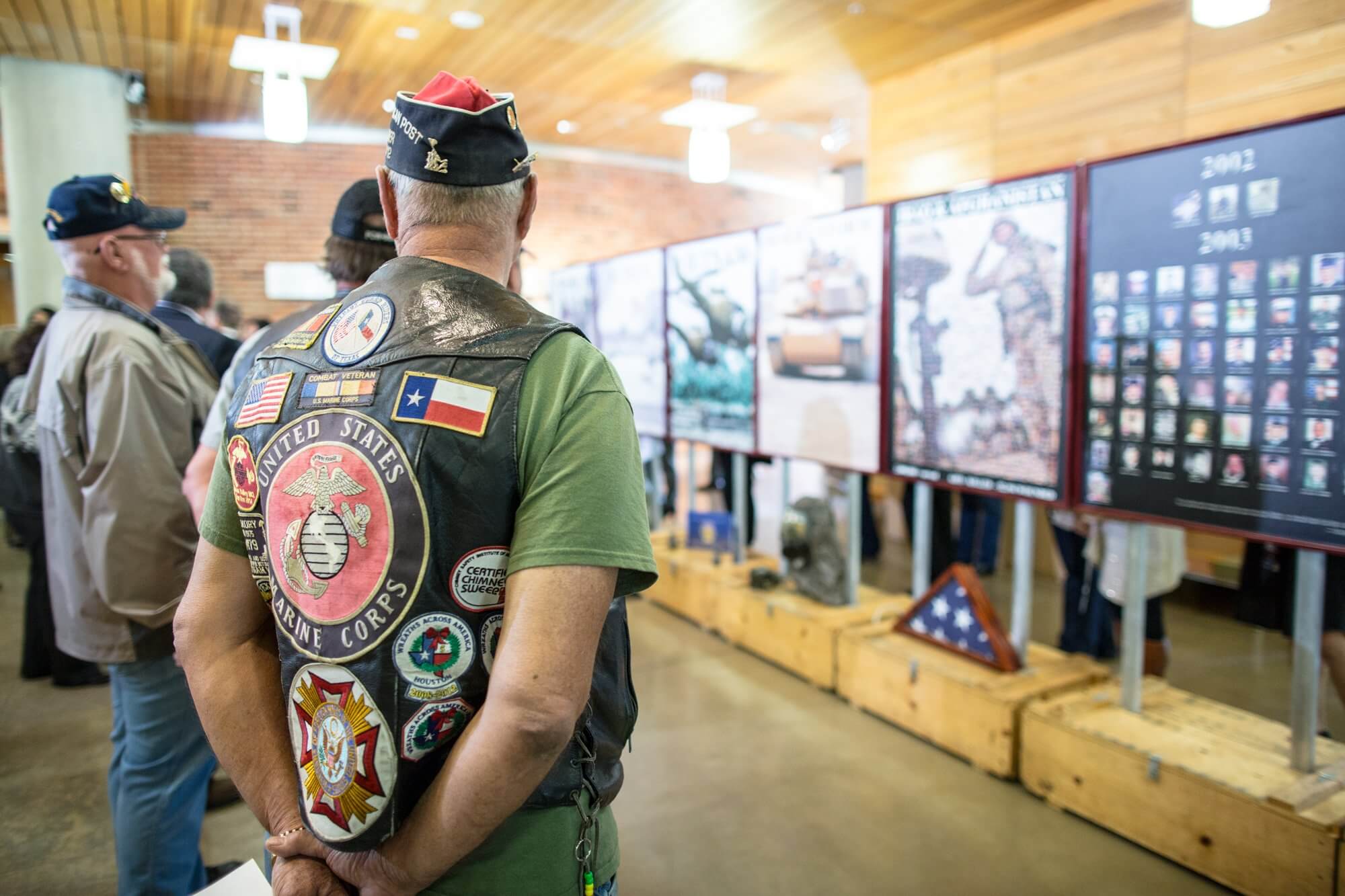 The University of Texas Health Science Center at Houston (UTHealth) School of Nursing started a new program to provide opportunities for military veterans with medical experience.

The Veterans’ Nursing Program has been in the works for the past two years and was the brainchild of program director, Bridgette Pullis, Ph.D. Pullis was inspired to create the program because of the important veterans in her life—her father, who was a World War II Veteran, her brother, who served in the Air Force, her uncle, who served in Vietnam, and one of her mentors, Edith Summerlin, an Air Force veteran and retired faculty member of the UTHealth School of Nursing.

“I had read about a program at the University of South Florida that addresses the needs of veterans and I thought, ‘We could do that not only as well, but better,’ and I wanted to have that program here at UTHealth,” said Pullis.

The goal for the program is to facilitate the transition of U.S. Armed Forces veterans into professional nursing. The veterans who will be entering the program will have had prior medical experience from their time in the military, which will enable them to test out of classes in the UTHealth School of Nursing that they have prior experience in.

“UTHealth has a long history of working with veterans, and we recognize and appreciate the unique skills and needs of our veteran community,” said Giuseppe N. Colasurdo, M.D., president of UTHealth. “We are members of the Texas Medical Center’s Red, White and You! initiative and we are very fortunate to have both medical and nursing students, as well as faculty, working in the Michael E. Debakey Veterans Affairs Medical Center Houston.”

The Veterans’ Nursing Program meets a very specific need for Veterans and the city of Houston alike. Over the next few years, over one million veterans will be returning home looking for jobs, and the need for nurses is at an all-time high.

“The community desperately needs nurses,” Pullis said, “and we have around two million veterans returning home from Iraq and Afghanistan who need to transition their military skill set into a civilian skill set.”

January marks the first semester for students to begin the Veterans’ Nursing Program. The inaugural class of students is made up of Jason Crume, retired from the U.S. Navy, Laterria Anderson, a U.S. Army retiree and Robert Duran, R.N., an Air Force retiree.

“This is an opportunity for these highly skilled men and women to receive training for the next phase of their career, and it is not lost on us that after serving our country so bravely, you have chosen to continue a type of service in the nursing profession. We are truly lucky that such remarkable and selfless individuals have chosen to train with us,” Colasurdo said.

Having served as a Navy corpsman for 23 years, Crume had extensive medical training from his time in the military. While serving, Crume had administrative oversight for 11 clinical practice managers who were responsible for 3,500 patients and 20 Medical Readiness Inspections with 100 percent pass rate.

After completing his bachelor of science in nursing, Crume hopes to further his career and become a nurse practitioner in critical care or in the ICU or NICU specifically.

“I am looking forward to this program because UTHealth is going to provide the support veterans need transitioning from military to a civilian workforce, and there is definitely a need for that,” said Crume. “For someone like me who has worked my entire professional life in the military, it is a huge transition into civilian work—it is cultural change with an entirely different language.”

To commemorate the inaugural cohort of students, the UTHealth School of Nursing held a ceremony to debut the program and introduce the new students. The ceremony began with the presentation of colors by the U.S. Veterans Initiative Color Guard and included introductions from Georgeann McRaven, wife of The University of Texas System Chancellor Bill McRaven, and UTHealth School of Nursing Dean Lorraine Frazier.

In addition to the ceremony, the Houston chapter of Rolling Thunder—a group of veterans and non-veterans who advocate for prisoners of war and soldiers who are missing in action, displayed a Veterans Memorial Wall that paid tribute to several tours of duty Texas Veterans have been involved in and also honored some of the Texas soldiers who were not able to come home.