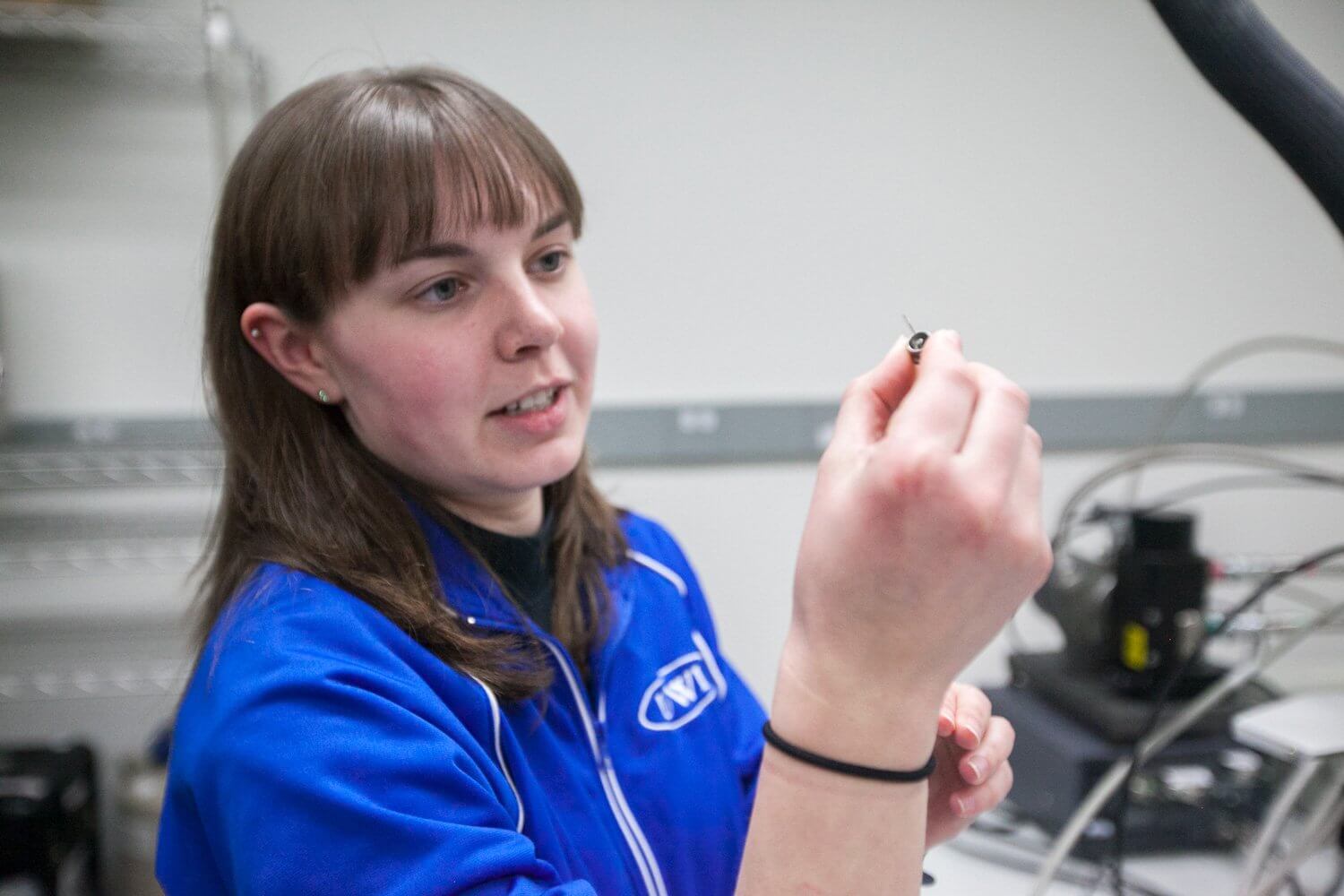 The molecules that impart strength to paper, bamboo and wood-frame buildings — lignin and cellulose — have long stymied biofuels researchers by locking away more than half of a plant’s energy-yielding sugar. In a study that could point the way to biofuels processes of the future, scientists from Rice University, the Great Lakes Bioenergy Research Center at the University of Wisconsin-Madison and the Joint BioEnergy Institute at Emeryville, Calif., have discovered how two bacterial enzymes work as a team to break apart lignin.

“Ultimately, we would like to use enzymatic fermentation — the same process that brewers and winemakers have used for centuries — to convert all the sugar from plants into ethanol and other fuels,” said Rice’sGeorge Phillips, co-author of the study in the Journal of Biological Chemistry. “The big target is cellulose, which is the primary ingredient in wood, grass stems and corn stalks. Cellulose is basically sugar, but it is tightly packed in a crystalline compound that is practically indigestible. There are some fungi and bacteria that have developed enzymes to cut it apart, but it’s a very slow process, which is why it can take years for dead trees to decompose.”

Lignin, another major component of plant fibers that accounts for up to one-third of the carbon in biomass, compounds the problem for any microorganism that wants to eat cellulose or any scientist who wishes to turn it into biofuel. Lignin has a gluelike consistency, and it coats and protects cellulose.

“The cellulose is tough, but organisms can’t even get to it until they chew through the lignin,” said Phillips, Rice’s Ralph and Dorothy Looney Professor of Biochemistry and Cell Biology and professor of chemistry.

For industry, breaking down lignin has often proved an even tougher challenge than cellulose. As a result, the biofuels and paper industries mostly treat lignin as a waste product to be removed, isolated and discarded.

Study co-author Timothy Donohue, professor of bacteriology at UW-Madison and director of the Great Lakes Bioenergy Research Center, said, “If we can convert lignin from an undesirable byproduct into a starting material for advanced biofuels and other lucrative chemicals, we would dramatically change the economics of tomorrow’s biorefineries.”

The center is one of three funded by the Department of Energy to make transformational breakthroughs in cellulosic biofuels technology. With an eye toward using techniques that nature has evolved to break down lignin, a team of researchers led by Donohue and Phillips began by studying bacterial enzymes that cleave specific chemical bonds inside lignin.

The original goal was to design a single new enzyme that could do the job of several found in nature. But that turned out to be an impossible task, in part because lignin molecules are irregular. They’re made of hundreds of components that twist either to the left or the right, but the pattern of twists doesn’t repeat, and an enzyme that’s tailored to break a left-handed bond won’t cleave a right-handed one.

“Making a single enzyme would be like trying to make a glove that’s designed for your left hand fit on your right hand,” said Kate Helmich, co-lead author of the study and a recent Ph.D. graduate of UW-Madison’s Biochemistry Department. “Our two hands are different configurations of the same fingers, and lignin is like a chain of many different hands. Degrading that entire chain would require an enzyme, or glove, that can attach to both the left and the right hands within it.”

The researchers found that Sphingobium bacteria use two enzymes, known as LigE and LigF, to attack lignin as a team.

“The key finding is that we now understand how the left-hand and the right-hand versions are broken,” Phillips said. “It’s not through a single super enzyme but through teamwork where you’ve got one for the left and one for right.

“It wasn’t clear how the bacteria did it until Donohue and his team made both the left-handed and right-handed compounds, and then assayed them with purified enzymes. Those experiments proved that one works on left and one works on right.”

Helmich and Phillips used X-ray crystallography to analyze the structure of the enzymes and show how each performed its specialized task.

Phillips, who moved to Rice from UW-Madison in 2013, said the research suggests that biofuels processors will need a cocktail of specialized enzymes to break lignin into fermentable components.

“Now we know that such a cocktail would need to include something like LigE and LigF to get both hands of the lignin broken open,” he said.