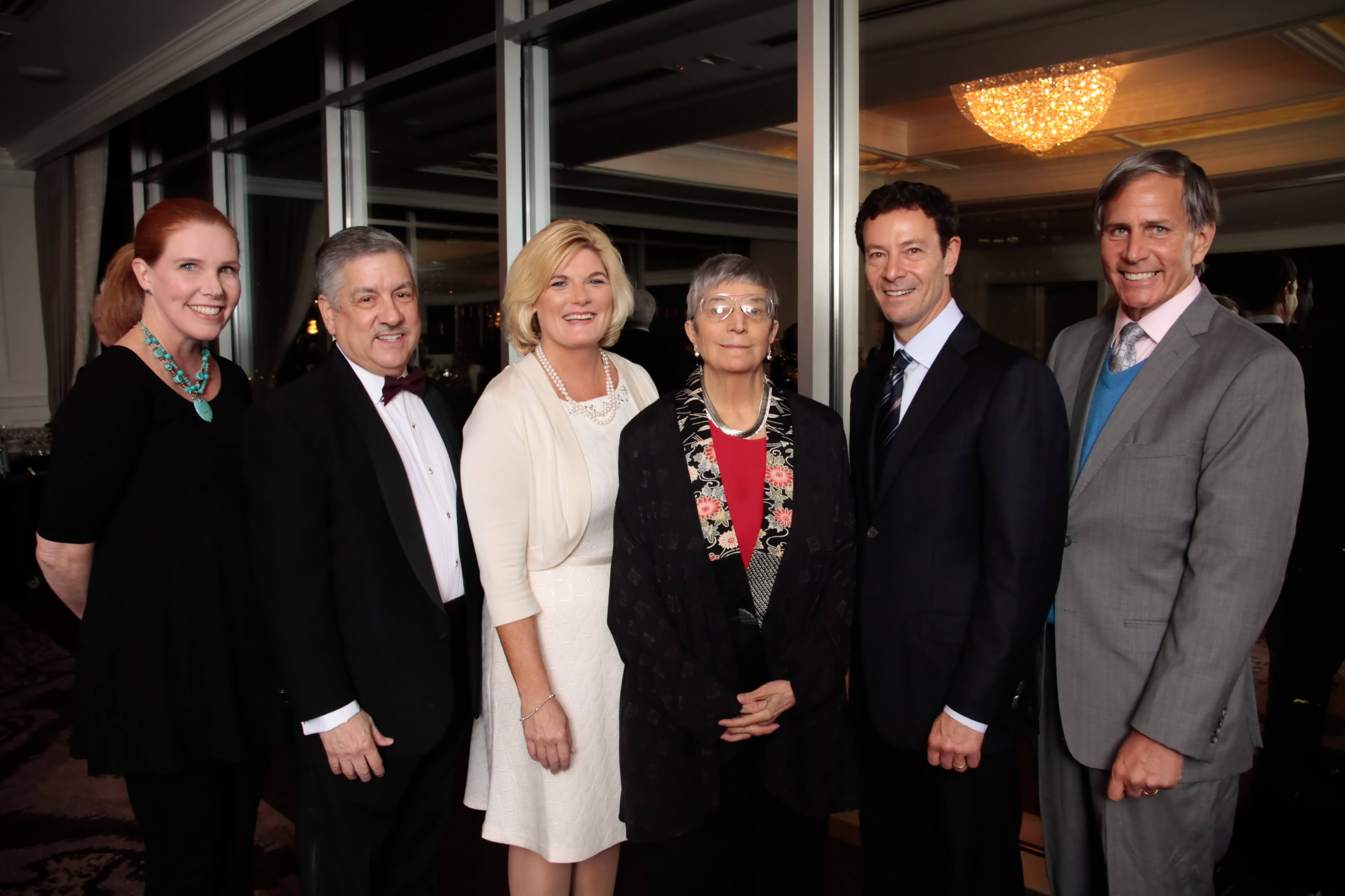 The Harris County Medical Society (HCMS) and Houston Academy of Medicine (HAM) held a celebration to welcome in the new presidents and officers. The new presidents and officers were installed at the HCMS/HAM Installation of Officers & Leadership Recognition ceremony on Jan.22 at the Houston Petroleum Club. Texas Medical Association President Dr. Tom Garcia acted as Master of Ceremony and introduced Dr. Kimberly E. Monday as the 115th president of HCMS, Dr. Alan P. Glombicki as the 2016 HAM president as well as the other HCMS and HAM officers. During the evening, HAM honored Dr. William Schaffner with the John P. McGovern Compleat Physician Award. This national award recognizes a physician who embodies excellence, humane and ethical care, and commitment to medical humanities.

Dr. Monday, a board-certified neurologist, is in private practice at the Houston Neurologic Institute (HNI), which she co-founded in 1997. HNI is affiliated with Memorial Hermann Mischer Neuroscience Associates. She completed her medical training, neurology residency and chief residency at Baylor College of Medicine in Houston, followed by fellowship training in clinical neurophysiology at Emory University in Atlanta where she specialized in intra-operative monitoring, diagnostic sleep medicine, EMG and EEG. Board certified by the American Academy of Psychiatry and Neurology in adult neurology, clinical neurophysiology and sleep medicine, she provides state-of-the-art electrophysiological therapy for movement disorders, including deep brain stimulation programming, baclofen pump programming and vagal nerve stimulation for epilepsy treatment. She provides neurological consultation for patients with epilepsy, movement disorders and sleep disorders, and directs both the EEG and sleep laboratories at the Houston Neurological Institute.

Dr. Monday has been named a “Super Doc” by Texas Monthly Magazine and “Top Doctor” by both H Magazine and The Consumer’s Guide to Top Doctors. She serves on the Board of the Texas Neurological Society, is a delegate to the Texas Medical Association (TMA), and chairs the Clinical Ethics Care Committee for MHMD, the Memorial Herman Physician Network. In addition, she serves on the Medical Advisory Board for the Houston Area Parkinson’s Society. She also is a clinical assistant professor in the Department of Neurosurgery at McGovern Medical School at UTHealth. She was recently appointed to serve on the Harris Health System Board of Managers and is Chair of Compliance. In 2015, she was appointed to the University of Texas College of Liberal Arts Advisory Council.

The 2016 HAM President, Dr. Glombicki, is a gastroenterologist and hepatologist. He is in private practice at the Houston Digestive Diseases Consultants, which has three offices in Houston. Dr. Glombicki graduated from the University of Illinois, Chicago College of Medicine in 1981, and conducted internship, residency and fellowships at Baylor Affiliated Hospitals. He received his undergraduate degree from Massachusetts Institute of Technology, where he serves as Educational Counselor for Admissions. He also studied public health curriculum at the University of Texas Health Science Center in Houston. He is board certified by the American Board of Internal Medicine in internal medicine and gastroenterology, and has been in practice 35 years.

He currently is the Associate Professor of Clinical Medicine of the Liver Transplant Unit Gastroenterology Section at University of Texas Medical School in Houston, and a Delegate to the Texas Medical Association. He has held numerous positions in the medical community, such as Medical Director of the Liver Transplant Unit at the Methodist Hospital, Protocol Review Auditor at the General Clinical Review Center at Methodist Hospital, a member of the Utilization Committee at Tenet Medical Systems, Director of Motility and Endoscopy at First Street Surgical Center, Ministry of Health Steering Committee at Abu Dhabi, Bahrain Hepatitis Symposia, President of Houston Gastroenterology Society, President of HCMS Central Branch, a member of the Texas Medical Association Infectious Disease Committee, Liver Clinic Director at the Hepatology/GI Clinic at UT MD Anderson Cancer Center, founding President of the American Liver Foundation of Texas, Assistant Professor of Medicine in Gastroenterology at Baylor College of Medicine, and serves on the National Policy Committee of the American Association for the Study of Liver Diseases (AASLD). He also is the Boy Scouts of America Philmont National Ranch High Adventure Coordinator/Wilderness Medicine Supervisor. He has affiliations with numerous hospitals in the area, including Houston Methodist Hospital, Woman’s Hospital, CHI St. Luke’s Health-Baylor St. Luke’s Medical Center, and multiple Memorial Hermann Hospitals.

Dr. Glombicki has won numerous awards for his work with patients, and is a leader in the medical community. He has been awarded the US News & World Report Top Docs 1% Star Award. Since 2002, he has been recognized as America’s Top Doctor by Castle Connolly. He is a member of the American College of Gastroenterology, American College of Physicians, American Diabetes Association, American Gastroenterological Association, and American Society for Gastrointestinal Endoscopy. His office speaks multiple languages, including Spanish, Vietnamese, Arabic, Hindi, Chinese (Cantonese) and Urdu.

Dr. Monday and Dr. Glombicki will serve as presidents for one-year terms, ending Dec. 31, 2016. The HCMS Executive Board is the governing board of HCMS and its members serve on the HAM Board of Trustees, the governing board of HAM. The four HCMS Members-at-Large are the officers of HAM. The HCMS Executive Board officers for 2016 are: Kimberly E. Monday, MD, president; Lisa L. Ehrlich, MD, president elect; Gary J. Sheppard, MD, vice president; and Mina K. Sinacori, MD, secretary/treasurer.