The Force Awakens at TMC

“May the Force be with you.”

The Force Awakens at TMC 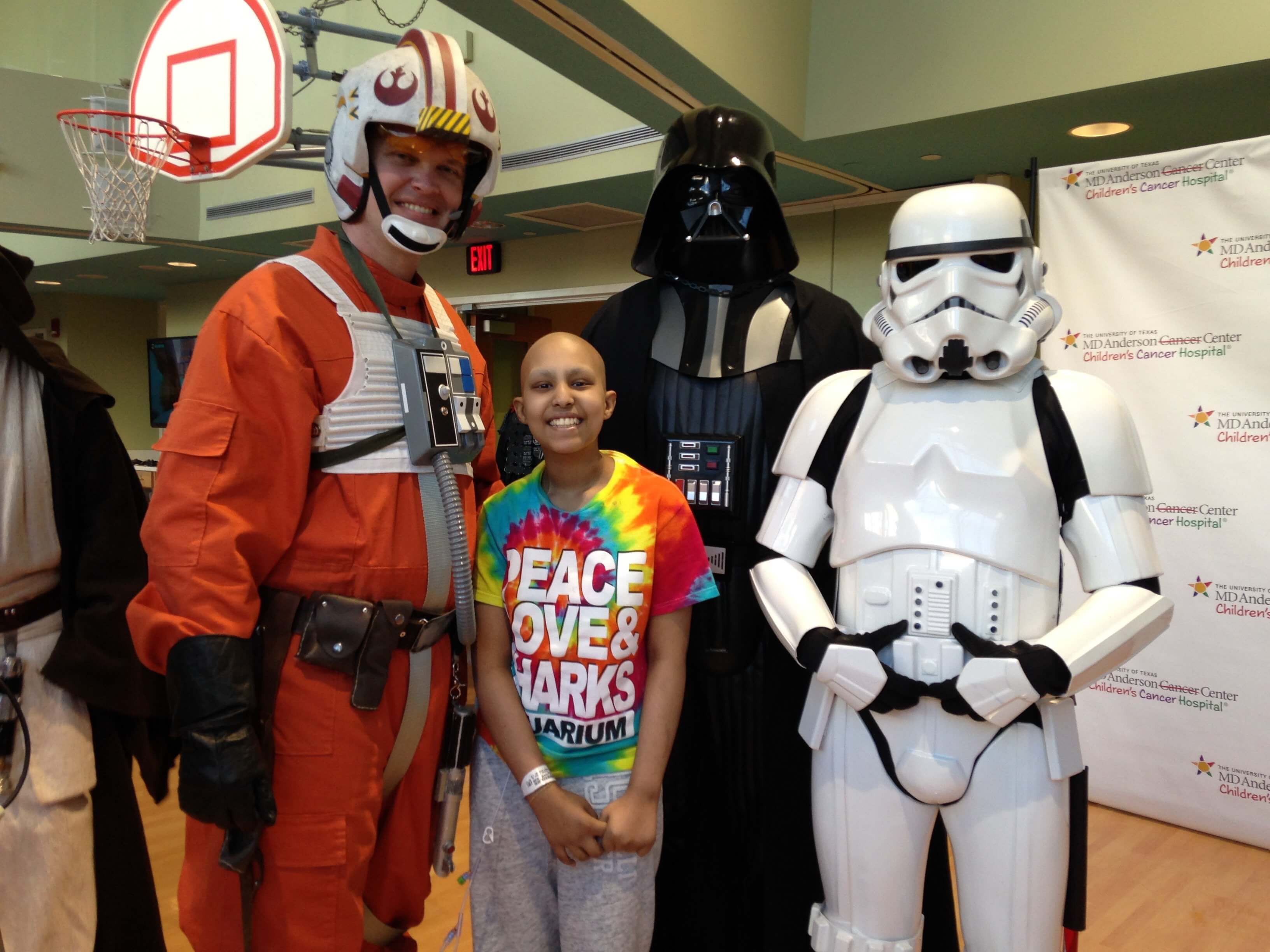 Members of local Star Wars fan club chapters — the Mandalorian Mercs, Star Garrison of the 501st Legion and the Kessel Base of the Rebel Legion — dressed up as Darth Vader, Stormtroopers, Rebel pilots and Obi-Wan Kenobi and set aside their characters’ differences for the day to visit the pediatric cancer centers, posing for pictures and spending time with patients.

“It’s so cool because it’s not only my generation,” said Hannah Al Sarami, 15, a pediatric patient at MD Anderson who defeated Darth Vader in a lightsaber dual. “I never thought it would be so realistic, but it looks so cool.”

Although Al Sarami’s favorite character, droid BB-8, didn’t make an appearance, she said she still enjoyed being visited by the other Star Wars characters.

“For them to come to our hospital, it’s really nice. We’re always here and we get treated, so it’s nice to have cool stuff every once in a while,” Al Sarami said.

Because pediatric patients’ immune systems are vulnerable while they go through cancer treatment, they don’t always have the opportunity to enjoy the same things kids of their age typically can. Thankfully, hospital administrators and staff strive to ensure their patients don’t get left out and still get to revel in the fun.

“Oftentimes, our kids aren’t able to participate in all the fun activities that everybody in the community gets to participate in,” said Lauren Shinn, event coordinator and program manager at MD Anderson. “Right now, one of the things that’s happening is, if you turn on every news station, everybody’s getting ready for Star Wars. We really try to plan activities that make people feel like they’re still part of the communities and that they are still a part of the normal day-to-day life.”

With the Star Wars frenzy sweeping the country, Shinn said it was important that — if the patients can’t experience the Force in theaters — the Force will come to them.

“We wanted to bring the Star Wars excitement here into the hospital and bring the Force into the kids, so to speak. It’s one of the things that we try to do to create some normalcy for our patients and their families while they’re here so that they can do their treatment but still live a fulfilling life doing fun things and meeting other people at the same time,” Shinn said.