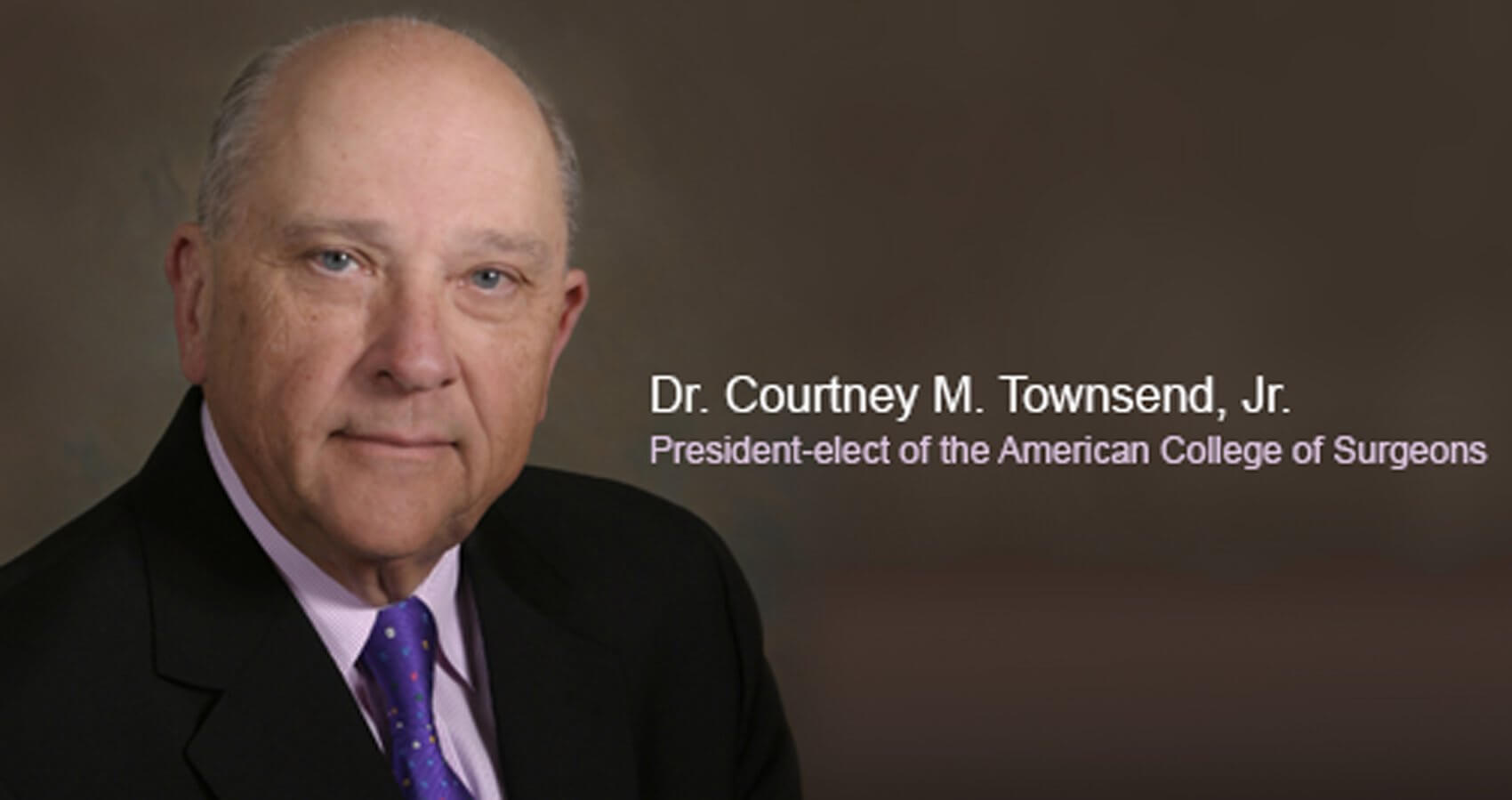 The Sealy & Smith Foundation recently contributed $1 million to The University of Texas Medical Branch at Galveston to establish an endowed chair in honor of Dr. Courtney M. Townsend Jr.

Townsend, who earned his medical degree and completed his internship and residency in surgery at UTMB, recently was named the president-elect of the American College of Surgeons at its recent 2015 clinical conference in Chicago. He served as UTMB’s Chair of Surgery from 1995 to 2014.

“The Sealy & Smith Foundation is so pleased to establish this distinguished chair in honor of an exemplary UTMB alumnus, teacher, scientist and surgeon,” said John Kelso, president of the foundation’s board of directors. “Dr. Townsend already has such a strong legacy of service, as seen in the patients who have benefitted from his skill and his research and in the students and residents who have benefitted from his mentorship. This endowment will ensure continued excellence in his name for generations to come.”

Dr. David L. Callender, president of UTMB, said, “This new distinguished chair is a most fitting tribute to Dr. Townsend, who brings the UTMB mission to life with his long service to health sciences education, discovery and compassionate care. We are grateful to The Sealy & Smith Foundation for this generous gift to the future of health care.”

Townsend has served as editor-in-chief of the “Sabiston Textbook of Surgery: The Biological Basis of Modern Surgical Practice” since 2000 and was also the editor of “Surgical Oncology.” He has served on the editorial board of the Journal of the American College of Surgeons, the journal Surgery and The American Journal of Surgery.

Upon graduation, Townsend completed a surgical oncology fellowship at the University of California–Los Angeles and spent two years at the National Naval Medical Center in Bethesda, Maryland. He joined UTMB as an associate professor, department of surgery in 1978 before rising to the position of department chair.