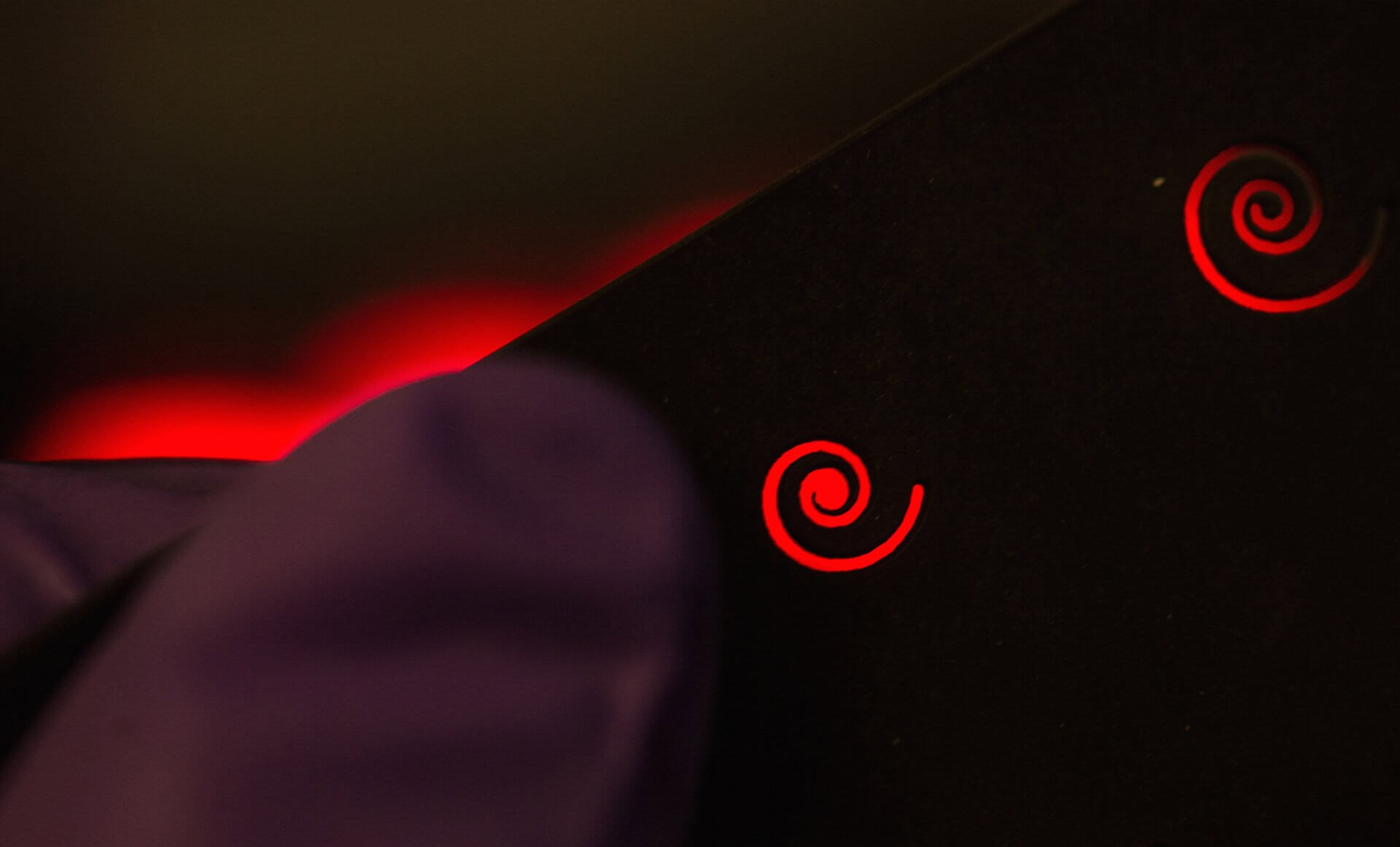 Light is helping Rice University scientists control both the infectivity of viruses and gene delivery to the nuclei of target cells.

The researchers have developed a method to use two shades of red to control the level and spatial distribution of gene expression in cells via an engineered virus.

Although viruses have evolved to deliver genes into host cells, they still face difficulties getting their payloads from the cytoplasm into a cell’s nucleus, where gene expression occurs. The Rice labs of bioengineers Junghae Suh and Jeffrey Tabor have successfully found a way to overcome this critical hurdle.

The result from labs at Rice’s BioScience Research Collaborative combines Suh’s interest in designing viruses to deliver genes to target cells with Tabor’s skills in optogenetics, in which light-responsive proteins can be used to control biological behavior.

AAV has been the vector of choice for gene editing by way of CRISPR/Cas9, a technique that shows promise for curing some genetic diseases, but cell nuclei present a problem, Suh said.

“Viruses in general are relatively efficient at delivering genes into cells, but they still experience great limiting barriers,” she said. “If you add these viruses to cells, most of them seem to hang out outside of the nucleus, and only a small fraction make their way inside, which is the goal.”

She said the team drew upon the Tabor lab’s expertise in optogenetics to increase the AAVs’ efficiency. “Jeff works with many different types of light-responsive proteins. The particular pair we decided upon was first identified in plants.

“Light is really nice because you can apply it externally and you can control many aspects: at what areas the light is exposed, the duration of exposure, the intensity of the light and, of course, its wavelength,” she said.

The protein pair comprises phytochrome B and its binding partner phytochrome interacting factor 6 (PIF6), both found in thale cress. The researchers generated host cells that express phytochrome B tagged with a nuclear localization sequence, a small peptide known to help shuttle proteins into the nucleus more effectively. The smaller PIF6 was then attached to the outside surface of the virus capsid.

“When the viruses get internalized into a host cell, they accumulate around the nucleus naturally,” Suh said. “Under nonactivated conditions, most of the viruses are stuck there. But when we shine activating red light on the cells, these two plant proteins dimerize — they come together — and because of the nuclear localization tag on the phytochrome B, the virus is dragged into the nucleus.”

This is the first time optogenetic proteins have been used to control the infectivity of viruses, she said, adding, “We didn’t think it would work as well as it did.”

Suh said the platform may be used in the future to control what cells and tissues express a gene and at what level. The strategy could also find use in tissue-engineering applications like bioscaffolds for implantation. “Here, you might want to coax stem cells to develop into the right cells in some kind of spatially coordinated fashion,” she said.

Use in the body is further off, because externally applied red light only goes so far through tissue to reach targets. “Ultimately, it’s going to depend on the device you use to deliver the light,” she said. “But we imagine cases where you could use a catheter to go to the spot where you want the viruses to be much more infectious.”

Suh said the Rice labs are working to make the next generation of capsids both more effective and more deliverable. “This is just the first step,” she said. “We have a lot of questions, like ‘Can we really do this in vivo?’ kind of questions.

“There have been a handful of papers trying to make the virus-infectious process responsive to light, but they were before the era of optogenetics,” Suh said. “They were using other types of synthetic molecules to make viruses light-responsive.

“It seems using what Mother Nature has already provided in the form of light-responsive proteins works really well for us.”

A National Academy of Sciences Ford Foundation Fellowship to Gomez supported the research.