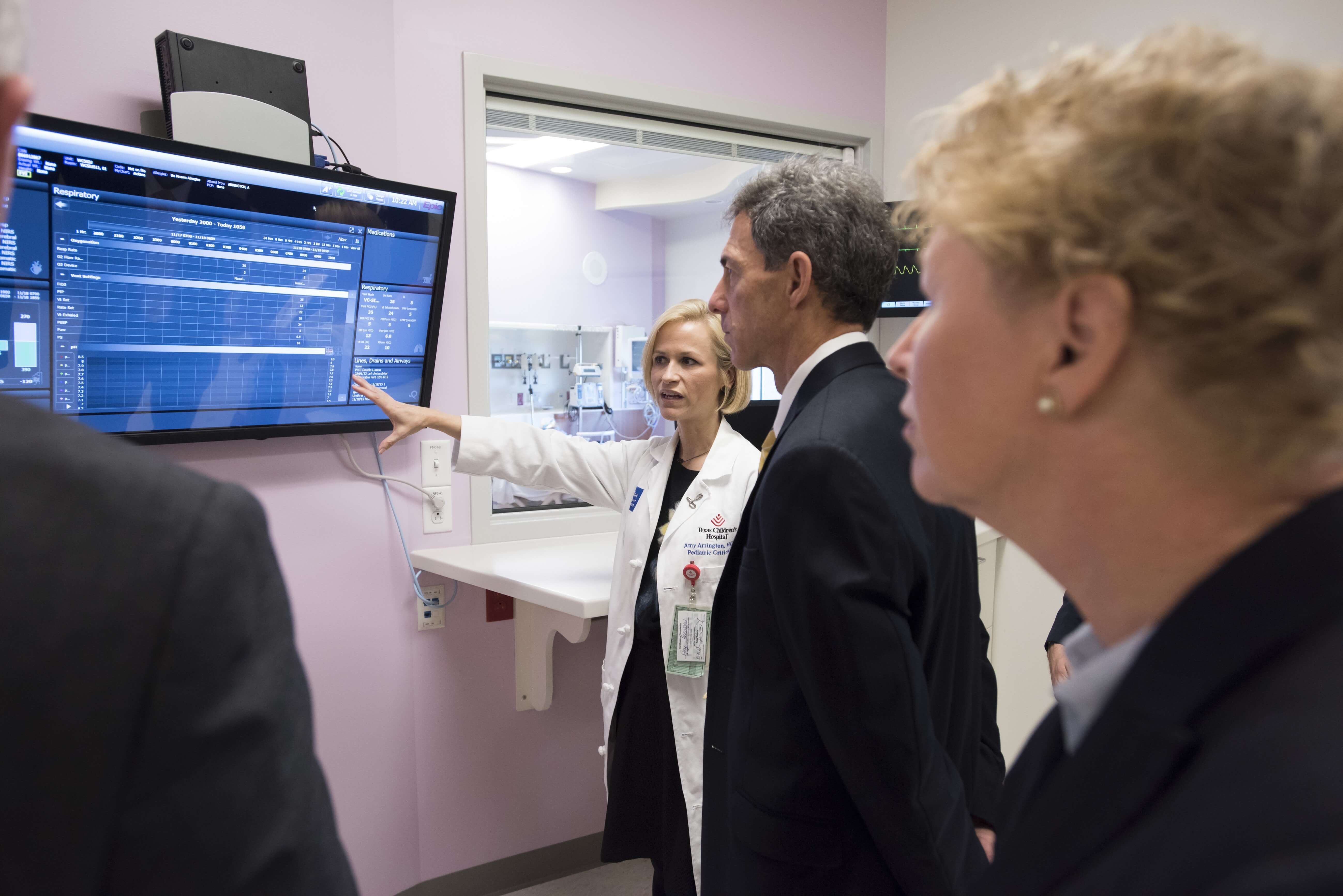 Sept. 30, 2015, marked one year since the first patient, Eric Duncan, was diagnosed with Ebola on U.S. soil. Since then, hospitals around the country have been looking back on what they learned and how they can be better prepared for an outbreak in the future.

Ebola is an infectious disease that was first discovered in Africa in the 1970s. It causes bleeding inside and outside the body. As the virus spreads, it damages the immune system and organs. Ultimately, it leads to uncontrollable bleeding and, often, death.

The outbreak in 2014 was the largest outbreak of Ebola since the disease was named in the 1970s. This outbreak was also unusual because of where people were impacted. In the past, Ebola has been a very rural disease. In 2014, the outbreak impacted urban areas for the first time.

“Previous cases of Ebola have affected hundreds of people and have primarily been in rural communities in West Africa,” said Campbell, who is also an associate medical director of Texas Children’s Special Isolation Unit. “The most recent outbreak has impacted thousands and has been in urban communities of three West African countries, but cases were also diagnosed in other countries.”

The diagnosis and subsequent death of Duncan sent Americans into a state of panic that the outbreak would impact more of the United States.

“I think the case being diagnosed in Dallas brings light to the reality of diseases that we think are only occurring on the other side of the world, when, in reality, they are only a flight away,” said Campbell.

For the past year, Campbell and her staff have been working to get Texas Children’s Hospital ready for an outbreak of Ebola and any other infectious disease.

“We found that there are are four bio-containment units with a total of 12 beds in the United States which are intended to care for infected adults,” said Campbell. “Our mission for the last 12 months has been to build a flexible care unit at Texas Children’s Hospital West Campus to specifically care for children.”

“One of the biggest differences between caring for an adult and caring for a child is social,” said Arrington. “We have had many unique discussions over the past year about how to make a child and their family as comfortable as possible while still protect the community from the disease.”

To achieve this, the Special Isolation Unit team has implemented several unique modes of communication in the unit. There will be electronic tablets so the families can communicate with their children. In addition to that, other video and audio devices have been installed for the team to monitor and communicate with patients when they are not in the room.

“This is the same thing we do for every child in our hospital,” said Arrington. “Child life comes in and makes them as comfortable as possible and makes their visit un-scary.”

Campbell took many lessons that have been learned since the last outbreak of Ebola into consideration when designing the Infectious Disease Unit at Texas Children’s West Campus.

“When we visited the units at Emory and Nebraska, we learned that management of an infected patient’s waste and trash is one of the biggest challenges they faced when caring for patients with Ebola,” said Campbell.

The Special Isolation Unit will have eight beds, autoclaves to de-contaminate waste before it leaves the unit and a bio-safety laboratory so lab work can be done onsite. In addition, each room will have an anteroom, which is an area where caregivers will change into special personal protective equipment.

“We took every detail into consideration when we designed this unit,” said Campbell. “Everything from the airflow, to the materials we used for the flooring and walls, everything is easy to de-contaminate.”

In addition to the Special Isolation Unit, Texas Children’s has put together a group of doctors and nurses who volunteered their own time to train specifically for a high level of infection control.

“What is really special about the unit is the people who will be working in it,” said Campbell. “We have more than 50 physician and nurse volunteers who will have been trained to care for a highly contagious patient. They are our special response team and will be called up in the case of a patient being admitted to the isolation unit.”

To prepare themselves, the team has been practicing wearing special protective gear and performing tasks while in the gear through simulation exercises. They have also been trained in infection control and team building.

Since the outbreak of Ebola last year, hospitals and doctors have learned a great deal more about the disease itself and how to better care for patients.

“We are still learning about Ebola,” said Campbell. “In the ’70s and ’80s there were reports of an outbreak with a small number of patients with few case reports on the long-term effects of Ebola. With the current outbreak of Ebola involving thousands of individuals, certainly we will have more data on long-term consequences in survivors of this infection.”

Since the outbreak and release of infected patients, some have shown signs of recurrence. The way Ebola reactivates in a patient has been different–one case involved ocular infection, another through the central nervous system. The virus has also been detected in the semen of infected patients up to nine months after recovery.

“We built the unit for 99.9 percent of the time to be a regular hospital room,” said Arrington. “There are a few differences in the setup, but any child with any kind of illness can be treated in the unit.”

On Nov. 18, the Special Isolation Unit opened at the Texas Children’s West Campus with a ribbon cutting ceremony.