Paper: US and Mexico must jointly combat Chagas disease

Paper: US and Mexico must jointly combat Chagas disease 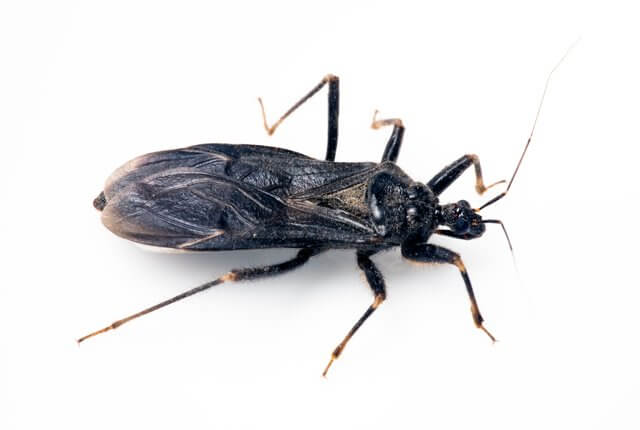 Chagas disease — the third most common parasitic infection in the world — affects approximately 7.5 million people, mostly in Latin America. To help reduce outbreaks of this disease in their countries, the United States and Mexican governments should implement a range of programs as well as fund research for the development of Chagas vaccines and treatments, according to a new policy brief by tropical-disease and science policy experts at Rice University’s Baker Institute for Public Policy.

The paper, “Chagas Disease: Sharing the Burden and the Solutions in the United States and Mexico,” was co-authored by Kirstin Matthews, fellow in science and technology policy, and Jennifer Herricks, postdoctoral fellow in disease and poverty.

“Traditionally, Chagas disease is commonly believed to afflict only the poor in rural parts of Latin America,” Matthews said. “However, the migration of infected humans, animals and insects has brought the parasite causing the disease, T. cruzi, to other parts of the world, including the U.S. and Mexico. Through cross-border collaborations, the two countries’ governments can take steps to reduce the risk of Chagas disease by increasing awareness among health care providers and the community to protect their most vulnerable citizens, implementing control and surveillance programs and developing novel treatments for acute and chronic Chagas disease.”

T. cruzi is not normally transmitted from person to person but is spread through insects called triatomines, also known as “kissing bugs.” Kissing bugs spread Chagas disease directly to humans through their feces. The term “kissing bug” is used because the triatomine usually takes a blood meal from around the face when a person is asleep outside or in a housing structure that allows the bugs to get inside. As the bug feeds, it also defecates. When the person rubs the irritated spot, they unintentionally rub the bug’s feces, containing the parasite, into an open wound or into the eye. From there the parasite can enter the bloodstream.

Without treatment, some patients, mostly children and immune-compromised individuals, will progress to myocarditis (inflammation of the heart muscle) or meningoencephalitis (inflammation of the central nervous system), which can be fatal. Pregnant women with the disease can experience miscarriage and preterm labor. T. cruzi can be passed from mother to child during pregnancy, a condition known as congenital Chagas disease. This condition represents over one-quarter of the world’s cases.

The biggest risk factor associated with contracting Chagas disease is poverty, especially extreme poverty. An estimated 1.6 million households in the U.S. and 5 million people in Mexico live in extreme poverty and earn less than $2 per person per day. Many of these impoverished individuals are living in poor-quality homes that may sometimes lack basic utilities, air conditioning and indoor plumbing, which increases their risk of exposure to the insects that can spread diseases, including Chagas.

In Mexico, Chagas disease is estimated to impact 1.1 million to 5.5 million people, and yet research suggests that less than 0.5 percent of infected individuals are able to access treatment for the disease, the authors said.

In the U.S., the impact of Chagas disease is greatest in California and Texas in terms of estimated numbers of cases. Despite the fact that many states are affected by Chagas, the disease is formally reportable in only three states: Texas, Arizona and Tennessee. In Texas, approximately 50 percent of kissing bugs and 20 percent of dogs are estimated to be infected with the T. cruzi parasite. Conservative assessments suggest that there are 300,000 people living with Chagas in the U.S., but other estimates suggest nearly a million people in the country — 300,000 in Texas alone — may have Chagas disease, the authors said.

To help those infected with T. cruzi, the U.S. and Mexico should fund initiatives directed toward new treatments for Chagas disease — at both the acute and chronic stages, according to the authors. “Unfortunately, since the poor are the most likely to be affected by Chagas disease, there is not a great financial incentive for pharmaceutical companies to develop new drugs,” Herricks said. “However, philanthropic organizations and government-funding agencies can help push for increased research, and new public-private partnerships with pharmaceutical companies can fund development to ensure treatments are accessible to vulnerable populations.”