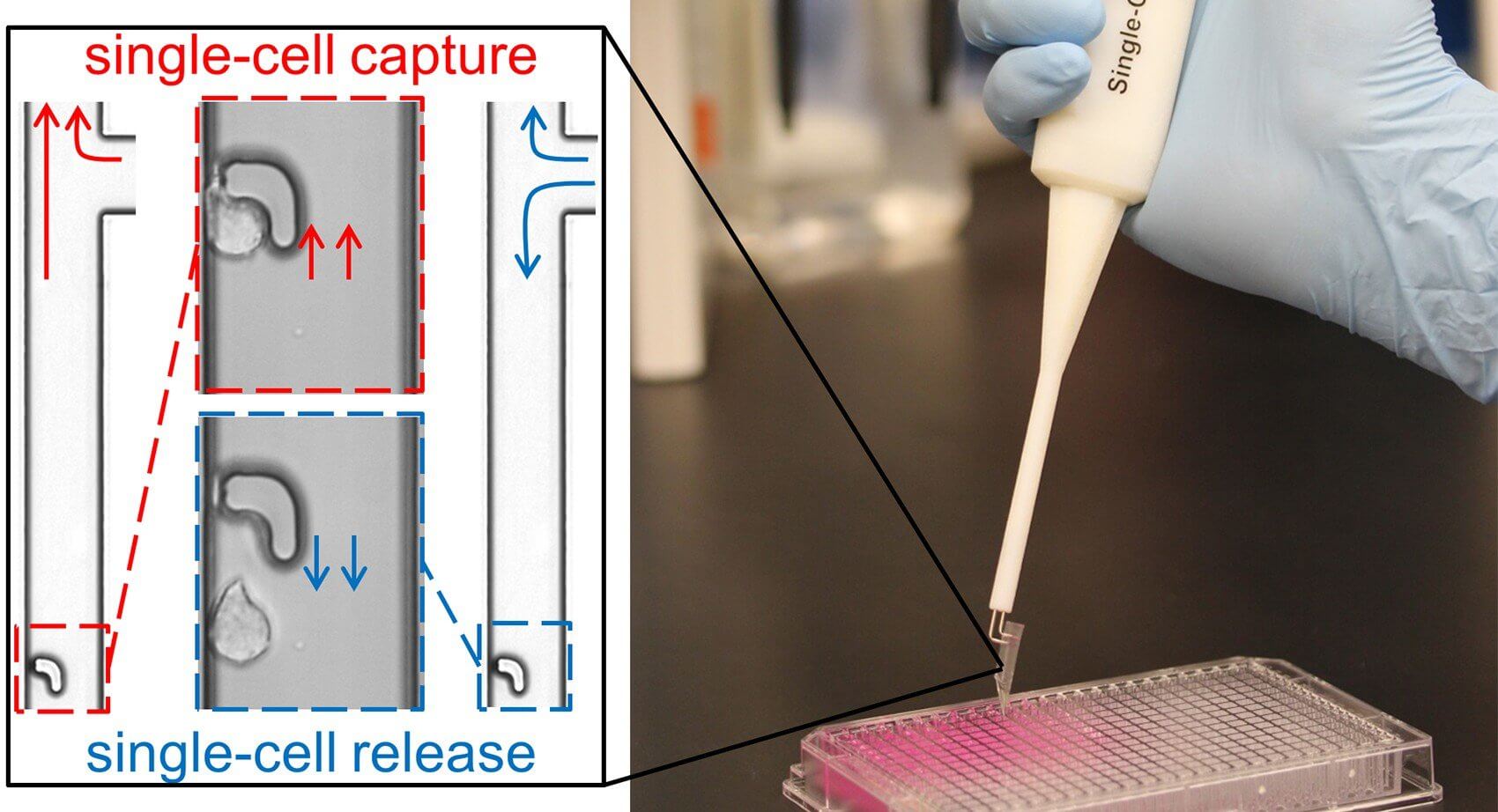 R&D Magazine named the handheld single-cell pipette (hSCP), a Houston Methodist Research Institute invention, as one the 100 most innovative technologies and services of the past year.

Lidong Qin, Ph.D., associate professor in the nanomedicine department at Houston Methodist Research Institute, led a team of researchers that discovered how to pick up and transfer single cells using a pipette — a common laboratory tool tweaked slightly for this purpose. Qin’s preliminary scientific results were published in a 2014 issue of the Journal of the American Chemical Society. An independent judging panel and R&D Magazine editors chose the handheld single-cell pipette as the winner in the Analytical/Test category.

“We are honored to receive this award. It speaks volumes about our commitment to bring new technologies to the forefront of medical research as well as immediate translation to the clinical setting,” said Mauro Ferrari, Ph.D., president and CEO of the Houston Methodist Research Institute. “Lab research is often time-consuming and costly, so this particular innovation is a prime example of how we can modify an existing tool to help researchers do their work more efficiently.”

One of the biggest challenges for single-cell research is picking out only one cell from a collection of millions. Few technologies exist that allow researchers to withdraw single animal or bacterial cells from a tube, which is why the Houston Methodist team developed the handheld single-cell pipette.

Qin said he wants the technology to cost $10 or less per run. Future designs of the hSCP will be developed with mass production in mind.

Also contributing to this project were Kai Zhang, Ph.D., who helped translate the initial design into a working device, and Sharon Li.