Chevron boosts its support of the Angola Sickle Cell Initiative

Chevron boosts its support of the Angola Sickle Cell Initiative 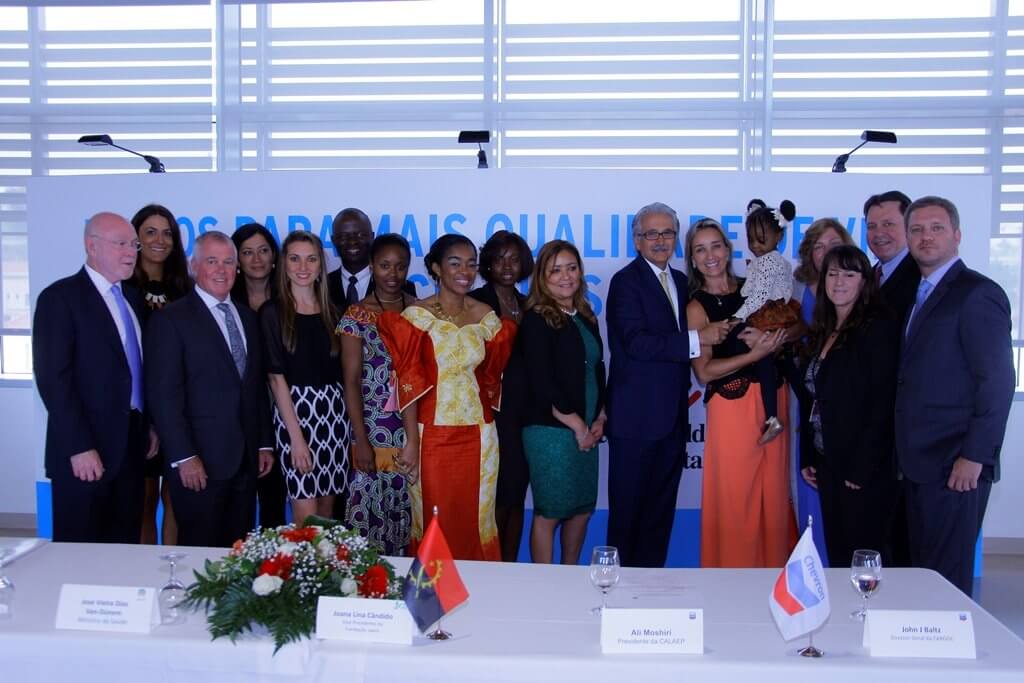 Chevron Corp. (CVX) is continuing its support of the Angola Sickle Cell Initiative by committing an additional $5 million endowment over the course of five years.

The oil and gas company, which initially contributed $4 million to support the program’s launch and pilot phase in 2011, made the official announcement of the additional funding in September at a signing ceremony in Luanda, Angola, where organization leaders and the nation’s officials joined together to celebrate the program’s success and outline future goals.

“One of the things I try to emphasize is that health should be looked at from a global perspective. Health is no longer local or regional,” said Ali Moshiri, president of Chevron Africa and Latin America Exploration and Production. “Today we live in a globalized environment. We may still have political boundaries, but when it comes to health, that is a fungible issue. That means that a disease outbreak could spread beyond borders. Therefore, global health is an issue that we must all embrace.”

The Angola Sickle Cell Initiative was born out of an initial meeting with Angola’s First Lady Ana Paula dos Santos and Moshiri at the African First Ladies Health Summit in Los Angeles in 2009. The meeting soon turned into a conversation about how Chevron – one of the largest oil and gas producers in Angola – could help tackle a serious health problem in her nation: sickle cell disease.

After consulting with Chevron’s regional medical director, Moshiri met with Mark W. Kline, M.D., physician-in-chief at Texas Children’s Hospital and president of the Baylor College of Medicine International Pediatrics AIDS Initiative (BIPAI). Dr. Kline has made his life’s work to advance the treatment of HIV and AIDS in children around the world and has vast experience creating an international system for treating children with the virus.

Chevron’s request to create a program to tackle sickle cell in Angola opened the door for a new partnership that could help the hospital to expand its mission to include treating sickle cell and other health problems in developing countries. That is the way a plan began to take shape.

“It takes two for a partnership and we saw the opportunity to work with Dr. Kline as a perfect fit,” Moshiri said.

By 2011, a public-private partnership between the Angola Ministry of Health, BIPAI, Texas Children’s Hospital and Chevron launched the initiative with the goal of establishing the country’s first comprehensive program of screening babies and treating sickle cell anemia patients. The program also supports critically needed health care by training local physicians, nurses and other health professionals in sample collection, diagnosis and patient counseling.

The partnership with Texas Children’s Hospital to fight sickle cell in Angola also gave the opportunity to Chevron to support other heath initiatives the hospital implements globally. Since 2011, the company has invested $6 million to help expand Texas Children’s Hospital Global Health Corps, which recruits and trains American-trained pediatricians and family doctors for long-term assignments in Africa and Latin America. The goal is expanding health care to vulnerable communities and training local health professionals.

In Angola, there are good reasons to focus on sickle cell. According to a study conducted by the World Health Organization, Angola has one of the highest rates of sickle cell disease and infant mortality in the world, with approximately 12,000 babies born each year with the disease. About one out of six children will not survive to reach their fifth birthday. Although sickle cell exists in the United States, with about one in 365 babies born with the disease, every state implements a newborn screening program that tests all babies for the disease and any other abnormal hemoglobin traits.

Sickle cell disease is characterized as an inherited disorder that affects the red blood cells, deforming the oxygen-carrying hemoglobin into a sickle shape. The abnormal hemoglobin becomes prone to sticking to blood vessel walls which blocks the flow of blood and oxygen to the body, causing episodes of severe pain, infections, chronic anemia and long-term organ damage of the spleen, brain and eyes. Additionally, the lungs, liver, heart, kidneys, penis, joints, bones or skin can also become damaged as a result of the poor oxygen delivery.

Since its inception, the program has tested over 121,000 newborn babies and administered care and treatment for approximately 1,700 children and newborns. Gladstone Airewele, M.D., associate professor of pediatrics at Baylor College of Medicine and head of the Global Hematology Program at Texas Children’s Hospital, who has led the Angola Sickle Cell Initiative since 2013, said they typically screen all children who are born in the health centers and maternity wards where the initiative is active, taking a blood sample that the lab will use to test for sickle cell disease.

Airewele said the initiative has not only benefited the Angolan community, but the doctors involved as well.

“It’s been a great program for both sides. It’s allowed us to contribute in Angola — to train people, to develop relationships with Angolan professionals and to treat patients there. It’s the reason why we’re caregivers. It’s the perfect opportunity,” Airewele said.

“My dream is that the day will come such that if you have sickle cell, whether born in Angola, Texas or New York, you can have the same type of health expectation regardless the place you were born,” he added.

Through this program and the renewed commitment by Chevron, Dr. Airewele and his team hope to continue helping the Angola Ministry of Health to improve the health care and welfare of children. The ultimate goal would be to screen every baby in Angola for any life-threatening conditions, not just sickle cell.

“I’m grateful to be associated with Texas Children’s and Chevron’s contributions so we can make a difference in Angola” he said.