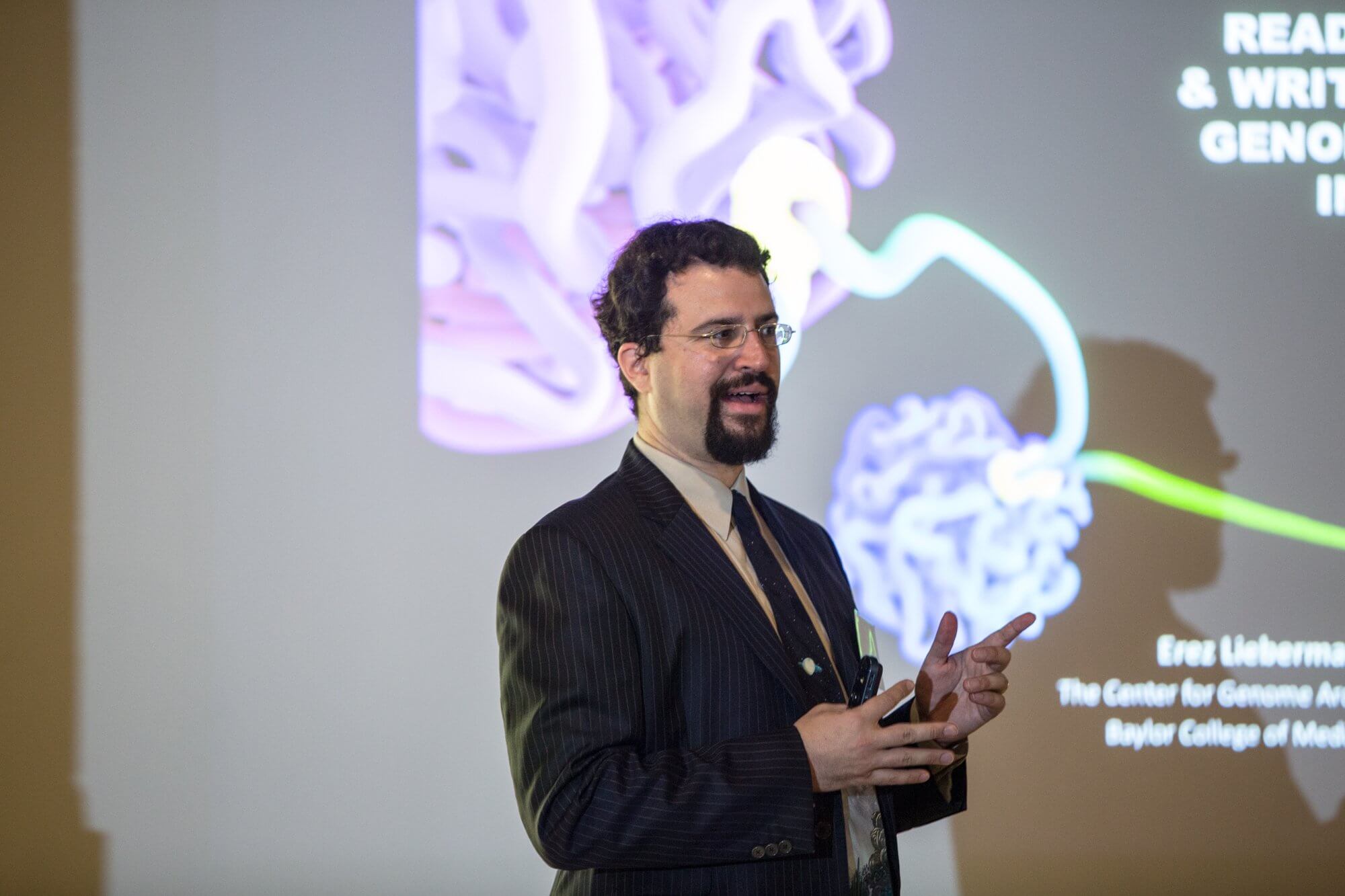 The past few months have heralded big things for Baylor College of Medicine. The work of Paul D. Ling, Ph.D., associate professor of virology, and his colleagues to combat elephant herpes at the Houston Zoo—the primary killer of scores of adolescent Asian elephants in both captivity and in the wild—was recognized in a front-page article in the Houston Chronicle. A group of Baylor neuroscientists, led by Dora Angelaki, Ph.D., professor and chair in the Department of Neuroscience, have been awarded $3.7 million from the Brain Research through Advancing Innovative Neurotechnologies Initiative, or the BRAIN Initiative, to study what happens to the brain as we interact with the world around us. And a wide-ranging report on raising the minimum age to buy tobacco products, authored by Baylor pediatric pulmonologist Harold Farber, M.D., was released, outlining recommendations for reducing tobacco and nicotine use in youth.

“That’s not all,” said Paul Klotman, M.D., president and chief executive officer of Baylor College of Medicine, to a group of Baylor executives congregating in the atrium of TMCx. “We were one of twelve programs in the United States to that were selected out of 1,500 applicants by the Obama administration to find novel ways to approach disaster relief. We created the Emergency Smart Pod, a mobile, eight-bed clinic built out of a used shipping container. It can be easily transported, folded out into a 1,400-square-foot emergency room within 40 minutes and used for anything from isolation for Ebola outbreaks to surgical units for disasters like hurricanes and earthquakes. That pod was displayed today in Galveston.”

On Wednesday, Nov. 4, executives, from research deans to chief business officers, gathered at TMCx for a Baylor President’s Circle reception and discussion, outlining recent accomplishments for the renowned academic health science center. The evening’s main event, however, was a presentation by Erez Lieberman Aiden, Ph.D., assistant professor of molecular and human genetics at Baylor, chronicling his groundbreaking achievement in cell biology: an assemblage of the first high-resolution, 3-D maps of human genomes.

“It all stems from a basic problem: a single human genome is about two meters long,” said Lieberman. “You have to fold it up to fit it inside the nucleus, but the big question is how it folds. How does it manage to do that? It’s an urgent question, because it’s not just a matter of throwing my luggage in the truck. The genome actually does these very strange things that have to do with how it’s packaged.”

According to Lieberman, loops form when two bits of DNA that are far apart in the genome sequence end up in close contact in the folded version of the genome in a cell’s nucleus. Along with his colleagues at Baylor, Lieberman discovered that loops and other genome folding patterns are an essential part of genetic regulation, potentially holding the key to understanding a host of diseases.

“Today, we’re actually able to read off 10 billion loops in the human genome—we already have so much more information about what’s actually going on,” he noted. “People have long thought that the human genome has these loops, which are associated with diseases. The problem was that you couldn’t see where the loops were, but now we can just read off how this code works. We can even even modify it and manipulate it to see what the consequences are going to be.”

Combined with Lieberman’s mapping technology, those insights yield a powerful system for reading, interpreting and manipulating the 3-D code of the human genome.

“We’ve even rendered one-trillionth of one of these maps in virtual reality,” he added. “It’s very clear that when you look at this folding process, it’s intimately associated with the process that’s turning genes on and off. It’s the same process that makes brain cells different from heart cells, and diseased cells different from healthy cells. Now that we understand how this code works, we have extraordinary power to manipulate it to understand the human genome.”