A Session on Pediatric Innovation

A Session on Pediatric Innovation 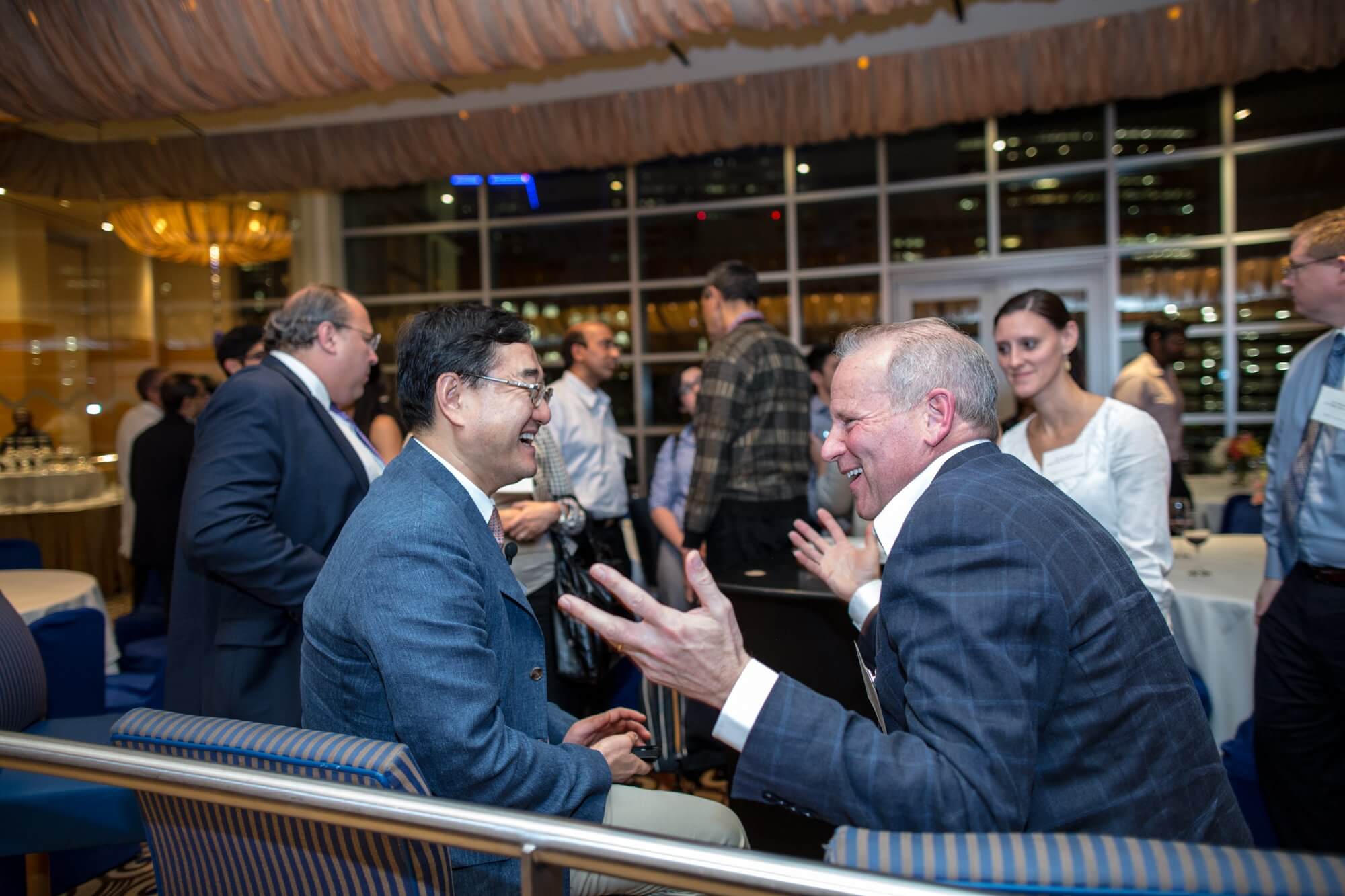 Perched atop the John P. McGovern Texas Medical Center Commons, Trevisio Restaurant is a common congregation point for great minds throughout the medical community. On Thursday, Sept. 5, it was the focal point for a meeting about an area of discovery that often goes overlooked—pediatric innovation.

“One thing you realize about medical devices, for children in particular, is that they typically follow innovations in other areas by about ten years—the market’s simply not big enough for industry development,” said William F. McKeon, executive vice president and chief strategy and operating officer of the Texas Medical Center, in his opening remarks. “In many cases, people are taking devices designed for an adult and trying to retrofit them for children, which has a lot of disadvantages. I think all of us here tonight really share that passion for improving pediatric innovation. It’s exciting to see the energy surrounding issues like this. “

“You must leverage this resource. Not only for you, but for this country.”

“Our institute was set outside of the clinical care model and outside of the model of a traditional clinical institute,” he noted. “There’s a level of independence in which I’m able to run the institute, away from both the clinical side as well as the research side, which is an important design issue. There are a number of examples of the value of setting something up outside of a traditional paradigm. When things become successful, they really don’t change, which can become an endless feedback loop. We pushed back against that.”

As vice president of the Institute for Pediatric Surgical Innovation, Kim implements their vision of innovation, multidisciplinary research and development in pediatric surgery.

“When I came here and looked at the Texas Medical Center, I realized what a huge resource this medical city is for innovation,” said Kim. “You already have the ecosystem—you just have to leverage it. The reason that Silicon Valley is so successful is because of the robust nature of their ecosystem—you can’t walk down the street without tripping over someone involved in innovation.

“You must leverage this resource,” he added. “Not only for you, but for this country.”

“Pediatric medical devices are a tough space,” said panelist Robert Kroslowitz, president and chief executive officer of Berlin Heart, INC. “I think that it’s a very small sub-population that you end up treating—that makes it even more difficult and challenging to study. We succeeded because we’re a privately owned company and our owner is invested in pediatric cardiovascular disease. It’s a challenge, but it’s a worthy population and there are a lot of good things to be done if there’s some way to have your technology transition into a larger population. We need to find broader applications for pediatric devices, whatever it may be, in the adult population.”

“While there’s not a lot of appetite for a market, that shows you that there are other metrics for success—money is not the most important thing and saving lives is a wonderful goal,” said Cohn. “At the same time, we’ve tried to leverage pediatric devices that might have a role in the adult population. If it’ll work well in infants, it’ll work well in adults.

“Innovation is a team sport,” he added. “That’s how ideas germinate: by bouncing them off everyone who will listen and getting people who are passionate to join you. If you’re not passionate about it, either it’s not a great idea or you’re never going to be an innovator. You have to get pumped up, get other people pumped up, and when you sit down in front of an audience of investors, if you’re not red-faced and breathless talking about it, they’re never going to believe in you.”