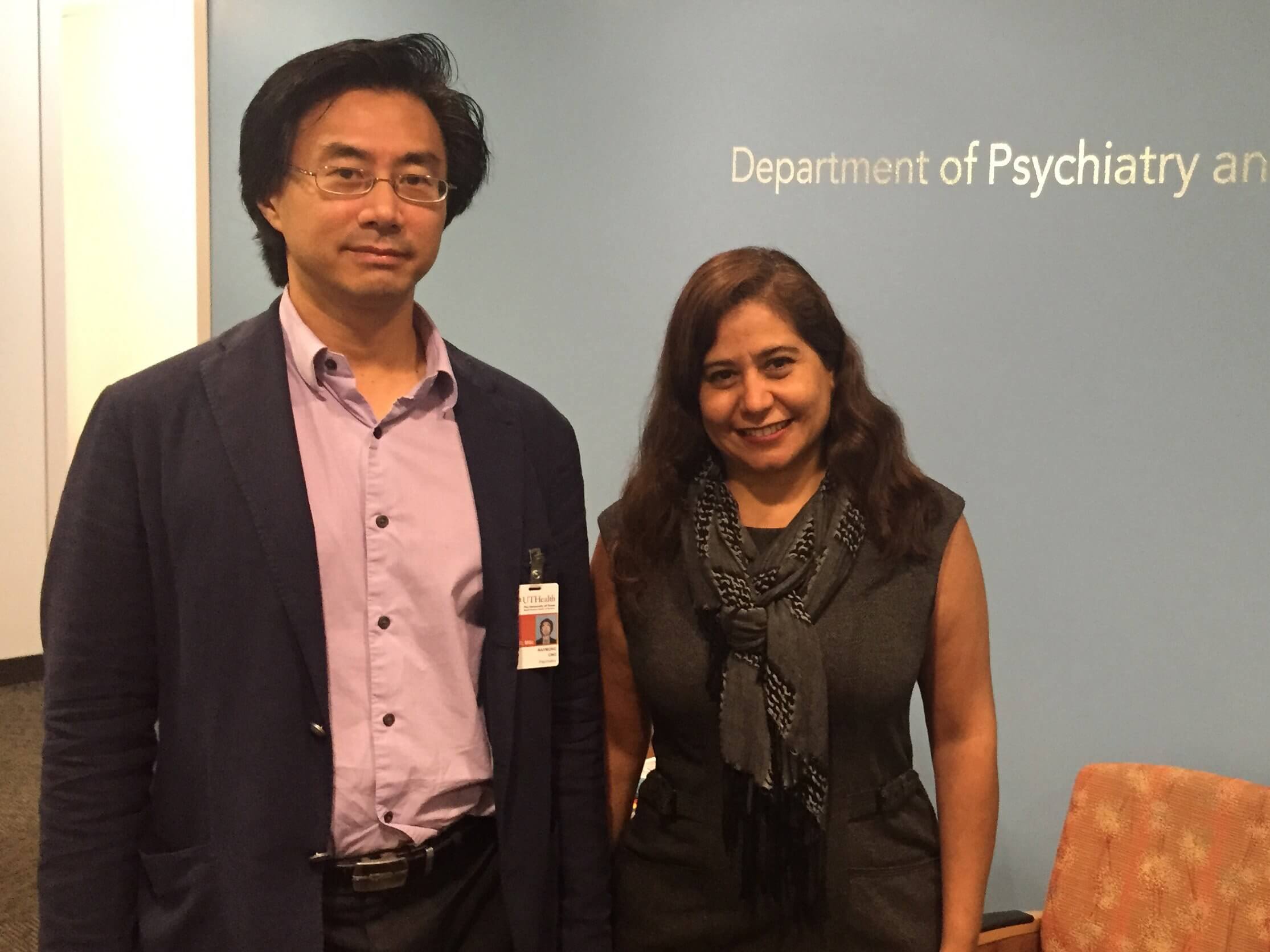 UTHealth tied The University of Texas at Austin for the most grants. Each grant is for $100,000 and is designed to jump-start multi-disciplinary and innovative research of the human brain.

“These grants will be a major boost to the neuroscience programs at UTHealth investigating fundamental brain mechanisms. The grants will foster collaborations, which will lead us closer to understanding the brain and the understanding and treating of brain disorders,” said John H. “Jack” Byrne, Ph.D., professor and chair of the Department of Neurobiology and Anatomy at UTHealth Medical School.

While significant progress has been made in understanding how the brain works, the underlying causes of Alzheimer’s disease, epilepsy and other disorders remain a mystery. This information is seen as crucial for the development of much-needed treatments.

Whereas some brain disorders are tied to cancer or stroke, psychiatric disorders often involve the chemistry of the brain. “Here in psychiatry, a cadre of investigators is working on how to translate these discoveries into new treatments,” said Soares, who is the executive director of the UTHealth Harris County Psychiatric Center.

The UT System launched its brain initiative last year and $20 million was committed to support brain research at UT institutions. The initiative is managed by the UT System Neuroscience and Neurotechnology Research Institute.

“We’re looking to form new teams of researchers that take advantage of the enormous scientific talent and resources across all UT institutions to develop truly innovative and groundbreaking proposals,” said Patricia Hurn, Ph.D., vice chancellor for research and innovation at the UT System.

The UT System effort is aligned with the national BRAIN (Brain Research through Advancing Innovative Neurotechnologies) initiative, which was established to revolutionize understanding of the brain.

The 45 UT BRAIN seed grant recipients were selected from among 158 proposals, which were submitted and reviewed by more than 100 faculty researchers from institutions outside of Texas. A list of the 45 grant recipients can be found on the UT System Neuroscience website (https://www.utsystem.edu/sites/neuroscience/ut-brain-seed-grant-awards).

Here are the UTHealth recipients of the UT System seed grants.

Byrne, director of the Neuroscience Research Center and holder of the June and Virgil Waggoner Chair, received a grant to conduct a project titled “Developing integrated methods for analyzing brain circuits.”

Raymond Cho, M.D., M.Sc., associate professor in the Department of Psychiatry and Behavioral Sciences, director of the Psychosis Recovery and Research Center and director of Clinical Cognitive Neuroscience Laboratory, received support for a project called “Direct probes and genetic underpinnings of neural oscillations.”

David Marshak, Ph.D., professor in the Department of Neurobiology and Anatomy, received a grant for a project titled “Analysis of neural circuits by electron tomography.”

Christophe P. Ribelayga, Ph.D., assistant professor in the Ruiz Department of Ophthalmology and Visual Science, received funding for a project titled “Circadian plasticity of a network of electrically coupled neurons.”

Claudio Soto, Ph.D., professor in the Department of Neurology and director of the George and Cynthia W. Mitchell Center for Alzheimer’s Disease and Other Brain Related Illnesses, was awarded grants for two research projects: “Chimeric mice harboring human nerve cells as a model of Alzheimer’s disease” and “Traumatic brain injury promotes Alzheimer’s disease through seed formation.”

Qingchun Tong, Ph.D., associate professor in the Center for Metabolic and Degenerative Disease and holder of the Becker Family Foundation Professorship, received a grant for a project titled “To deconstruct a hypothalamic neurocircuit for feeding and grooming.”

Consuelo Walss-Bass, Ph.D., associate professor in the Department of Psychiatry and Behavioral Sciences and director of the Psychiatric Genetics Program, received support for a project titled “Generation of human-derived neurons for the study of psychiatric disorders.”

M. Neal Waxham, Ph.D., professor in the Department of Neurobiology and Anatomy and holder of the William M. Wheless, III Professorship in the Biomedical Sciences, received funding for a project titled “Design principles of synapses: An integrated view of proteins and membranes.”

All grant winners are on the faculty of The University of Texas Graduate School of Biomedical Sciences at Houston.

UTHealth also has a seed grant program to support brain research that was initiated by UTHealth President Giuseppe N. Colasurdo, M.D. The Neuroscience Research Center and the Center for Clinical and Translational Sciences manage the grants and eight have been awarded.

“The combination of the local support at UTHealth and the support from UT System will greatly accelerate our efforts here to demystify the workings of the brain,” Byrne said.