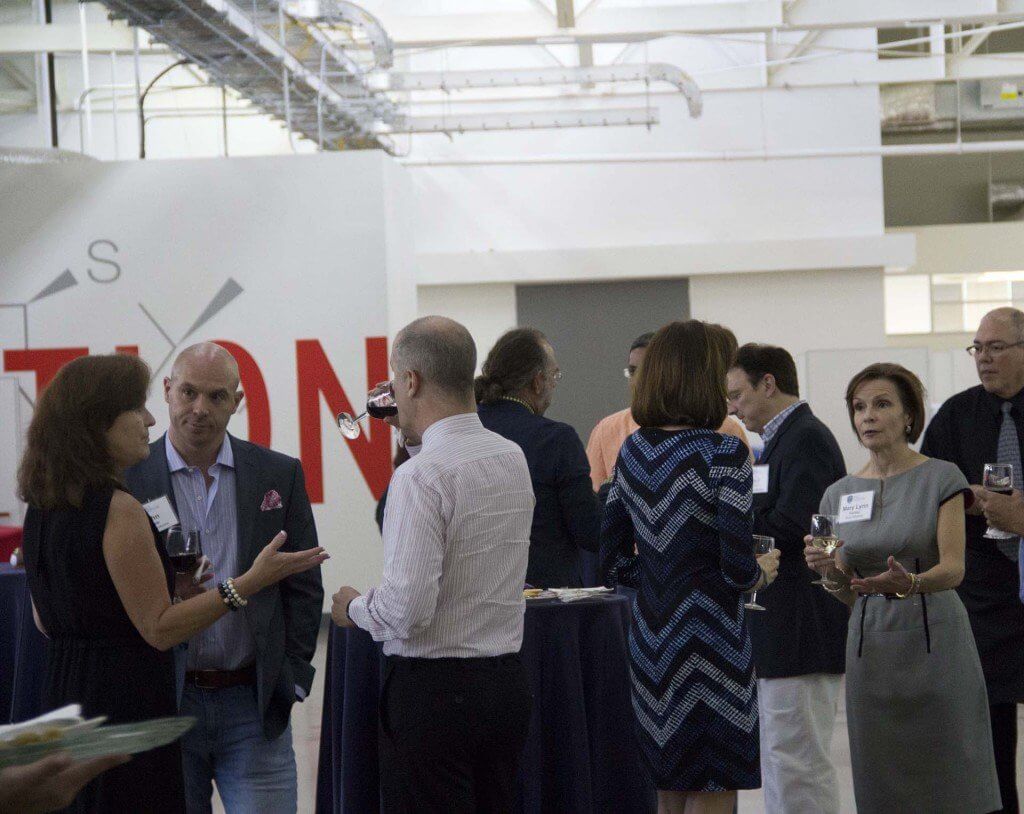 Over the past 15 years, the Rice Business Plan Competition (RBPC)—an annual, three-day event hosted by the Rice Alliance for Technology and Entrepreneurship—has sent reverberations throughout countless lives. Whether that’s manifested itself in the form of the 169 teams that have competed and successfully launched their companies, the fact that those teams have, collectively, raised over $1.2 billion, or the wave of individual success stories that emerge each year, the competition’s success is clearly a cause for celebration. On Tuesday, September 19th, a RBPC VIP Reception was held at TMCx, thanking judges, sponsors and participants for the success of this year’s competition while kicking off preparations for the 2016 event.

“It’s been a good year—we awarded over $1.5 million in prizes at the 2015 Rice Business Plan Competition,” said Brad Burke, managing director of the Rice Alliance. “In the past 12 months, we’ve also had four successful exits. We’re still the world’s richest and largest student startup competition, and it gives me great pride that this event is held here in Houston and not in Silicon Valley, Boston or New York.”

The winner of this year’s competition, KiLife Tech from Brigham Young University, developed a wearable designed to help track lost children—they garnered more than $500,000 in cash prizes and services. Children wear the innovative wristband, dubbed the Kiband, which is connected remotely to parents’ smartphones, and alerts them if their kids get too far away.

Burke also commented on the remarkable synergy of hosting this year’s event at TMCx, the Texas Medical Center’s accelerator, which is currently home to several competing companies from years prior, including Medical Informatics, Saranas and iShoe—the latter of which participated in the first ever TMCx cohort that concluded this month. The winner of the 2014 RBPC, Medical Adhesive Revolution, a company that developed a next-generation surgical adhesive and a fellow accelerator participant, has also established their home here at TMCx. This year, they announced their completion of a $2.75 million funding round led by the GOOSE society of Texas.

“What the Rice Business Plan Competition has done over the past 15 years is truly remarkable,” said Robert C. Robbins, M.D., president and chief executive officer of the Texas Medical Center. “We’re incredibly happy to be here and to be a part of this ecosystem, and to have the competitors come on over to join us at TMCx. I want to thank everyone who lent their time and talent as judges and as sponsors—we look forward to the competition next year.”

The 2016 Rice Business Plan Competition takes place from April 14 to April 16th—be sure to mark your calendars.