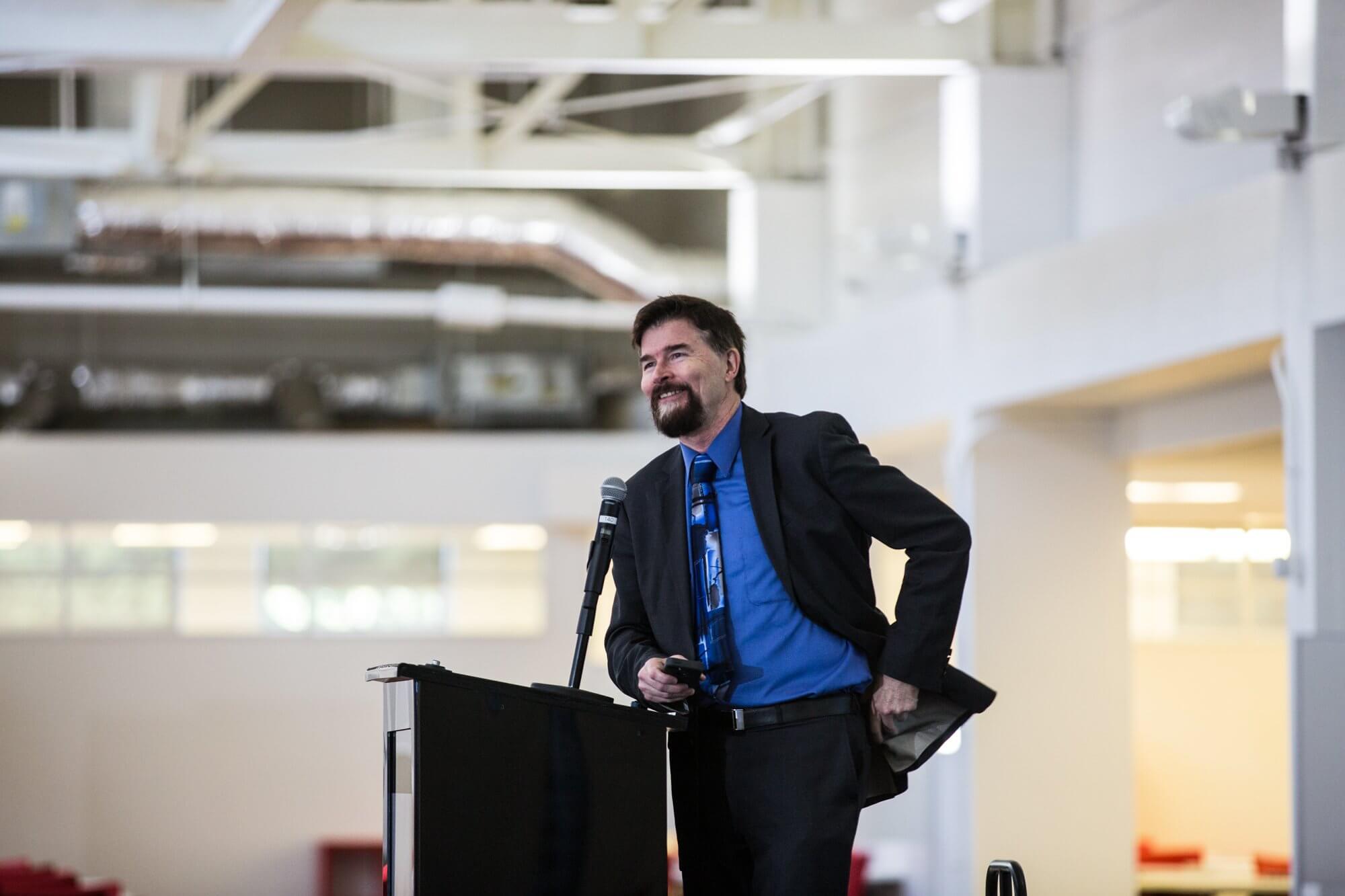 In the realm of regenerative medicine, pluripotency—a cell’s ability to differentiate into any and all of the cell types that make up the body—is a beautiful thing, allowing researchers to aspire to new heights in tissue engineering and therapeutics. At a daylong conference held at TMCx on Thursday, Oct. 15, entitled, “Regenerative Medicine at the Texas Medical Center,” speakers from a plurality of Texas Medical Center institutions came together in affirmation of that potential.

“It all stems back to Shinya Yamanaka, who’s known to this group as the individual who won the Nobel Prize in 2012 for describing the factors that induced pluripotency,” said John Cooke, M.D., Ph.D., director of the Center for Cardiovascular Regeneration at Houston Methodist DeBakey Heart and Vascular Center, as well as chair of the Department of Cardiovascular Sciences at Houston Methodist Research Institute (HMRI). “That’s continuing to change medicine due to our ability to generate new cells, perform disease modeling and generate new therapeutic techniques.”

“The excitement in the field comes from the fact that we now have the ability to generate induced pluripotent stem cells (iPSCs), which have the potential to give rise to all of the organs and cell types in the human body, in a patient-specific manner,” added Brian R. Davis, Ph.D., director of the Center for Stem Cell and Regenerative Medicine at The University of Texas Health Science Center at Houston (UTHealth) Medical School. “Yamanaka demonstrated that you can actually differentiate or specialize mature cells—from skin cells to hair follicles—and actually reprogram those cells back to their early stem cell source. If you put iPSCs under a microscope, they’re mostly indistinguishable from embryonic stem cells.”

The partners behind the event, Houston Methodist Hospital, the Gulf Coast Cluster for Regenerative Medicine, and the Texas Medical Center, structured the conference to address four distinct discussion topics: pluripotency, transdifferentiation, genetic engineering of stem cells and tissue engineering. Each session consisted of a keynote lecture from renowned speakers throughout the medical center, followed by four abstract presentations chronicling researchers’ latest discoveries in their field.

“One of the problems that we have for cancer patients in this country who receive radiation therapy in the head and neck is a very disruptive quality of life interruption—the partial loss of salivary acinar cells,” noted Mary C. (Cindy) Farach-Carson, Ph.D., Ralph and Dorothy Looney Professor of Biochemistry and Cell Biology at Rice University during her keynote lecture on tissue engineering. “What we’re trying to do, in short, is to find some way to relieve patients of dry mouth, known as xerostomia, so that they can enjoy their lunch, their dinner and even a glass of wine.”

In recognition of their research, the event’s organizers evaluated everyone who presented an abstract, and a winner was selected from each session—the Texas Medical Center awarded a $500 cash prize to each of the four winners.

“I can’t thank everyone enough for contributing to the discussion scientifically,” said Cooke during his closing remarks. “I thought we had a great session today—the whole thing was just spectacular. We’ll have to do this again next year.”

Jordan Kho won the cash prize for his pluripotency talk on “Modeling Vascular Dysfunction in Argininosuccinic Aciduria Using iPSC-derived Endothelial Cells”; Kinga Vojnits, Ph.D., was recognized for her presentation, “Characterization of an Injury Induced Population of Muscle-Derived Stem Cell-Like Cells” during the transdifferentiation session; Wa Xian, Ph.D., was the standout among the genetic engineering of stem cells session for a talk entitled, “Autologous, Regio-Specific Intestinal Stem Cells for Mitigation of Inflammary Bowel Disease”; and Silvia Minardi, Ph.D., emerged among the tissue engineering group for her presentation, “Mimicking the Human Trabecular Bone Niche for Bone Regeneration.”