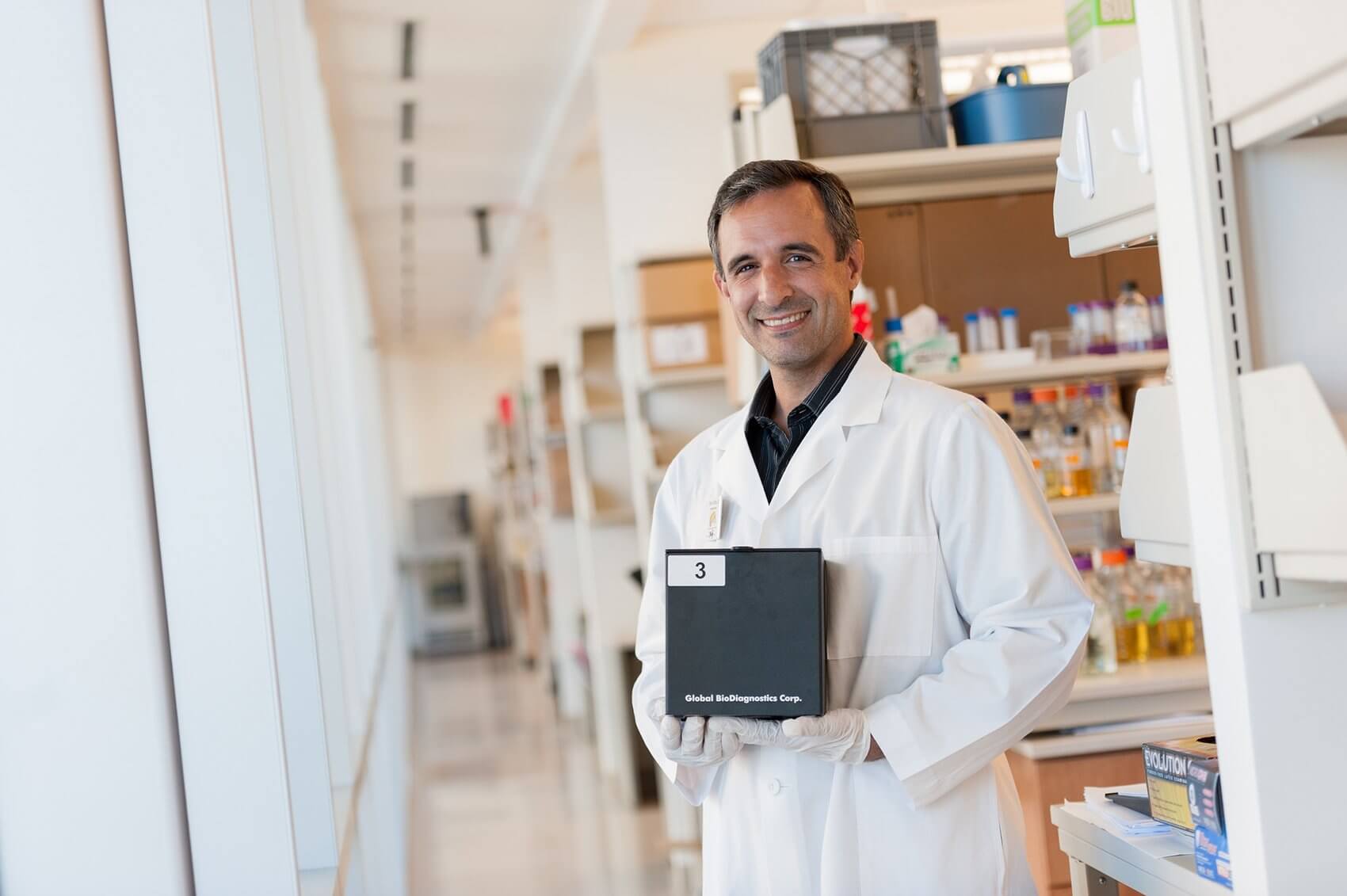 Tuberculosis is a disease plaguing the modern world, even though some consider it a disease of the past. While it is preventable and treatable, many people go undiagnosed or untreated and spread the disease to others.

Tuberculosis is most prevalent in dense populations that do not have the infrastructure and resources to care for their citizens. These areas include rural China, India, the Philippines, Brazil, Guatemala and Indonesia. Tuberculosis is also affecting areas in the United States including those with diabetes.

Jeffrey Cirillo, Ph.D., professor at the Texas A&M Health Science Center College of Medicine and director of the Center for Airborne Pathogens Research and Imaging has worked in many different areas of research regarding tuberculosis and other types of respiratory diseases. He began working on a solution to prevent the spread of tuberculosis while researching how the bacteria move from the lungs to other organs, a process known as dissemination.

“In the case of tuberculosis, when the bacteria disseminates to other areas, particularly the bones it can be very difficult to treat and can cause permanent disability,” said Cirillo.

In the past, there have not been tests sensitive enough to sense tuberculosis in its early stages. Through research, Cirillo created an effective, low-cost tool that can diagnose tuberculosis before it becomes contagious. The TB REaD also does not require lab testing.

The TB REaD is still going through clinical trials, but is showing promise. The TB REaD works in conjunction with the most common type of tuberculosis testing to date, the sputum, which was developed over 50 years ago. Sputum testing works by taking a sample of saliva and sending it out for testing. It is effective, but in the settings most impacted by tuberculosis, it can take weeks to get the results back, which is often too late for most patients. The TB REaD takes the sample of saliva from the sputum test, douses it with a solution, then puts the mix in the reader. Within 30 minutes, a diagnosis of negative or positive comes back.

“We are looking into working with other forms of tuberculosis testing, but for now we are working with sputum because it is the primary method used throughout the world,” said Cirillo.

The TB REaD is able to catch tuberculosis at earlier stages than the sputum test and is proving to be more accurate. It has 86 percent sensitivity and 73 percent specificity. Because of this, the test can diagnose much lower levels of bacteria more accurately.

“Of course there will be some false positives because of the sensitivity, but on the positives you do get, you prevent sending the patient home and having them spread the disease,” said Cirillo.

The TB REaD is not the first tuberculosis test to be successful, but it is the first to garner nearly immediate, accurate results in a low-cost setting without requiring air conditioning or electricity.

“The cost of the TB REaD is going to greatly reduce the burden on the economies of these highly impacted areas,” said Cirillo. “Since it is affordable, entire cities of millions of people can be tested, and it will encourage the local government to participate in more testing and screening.”