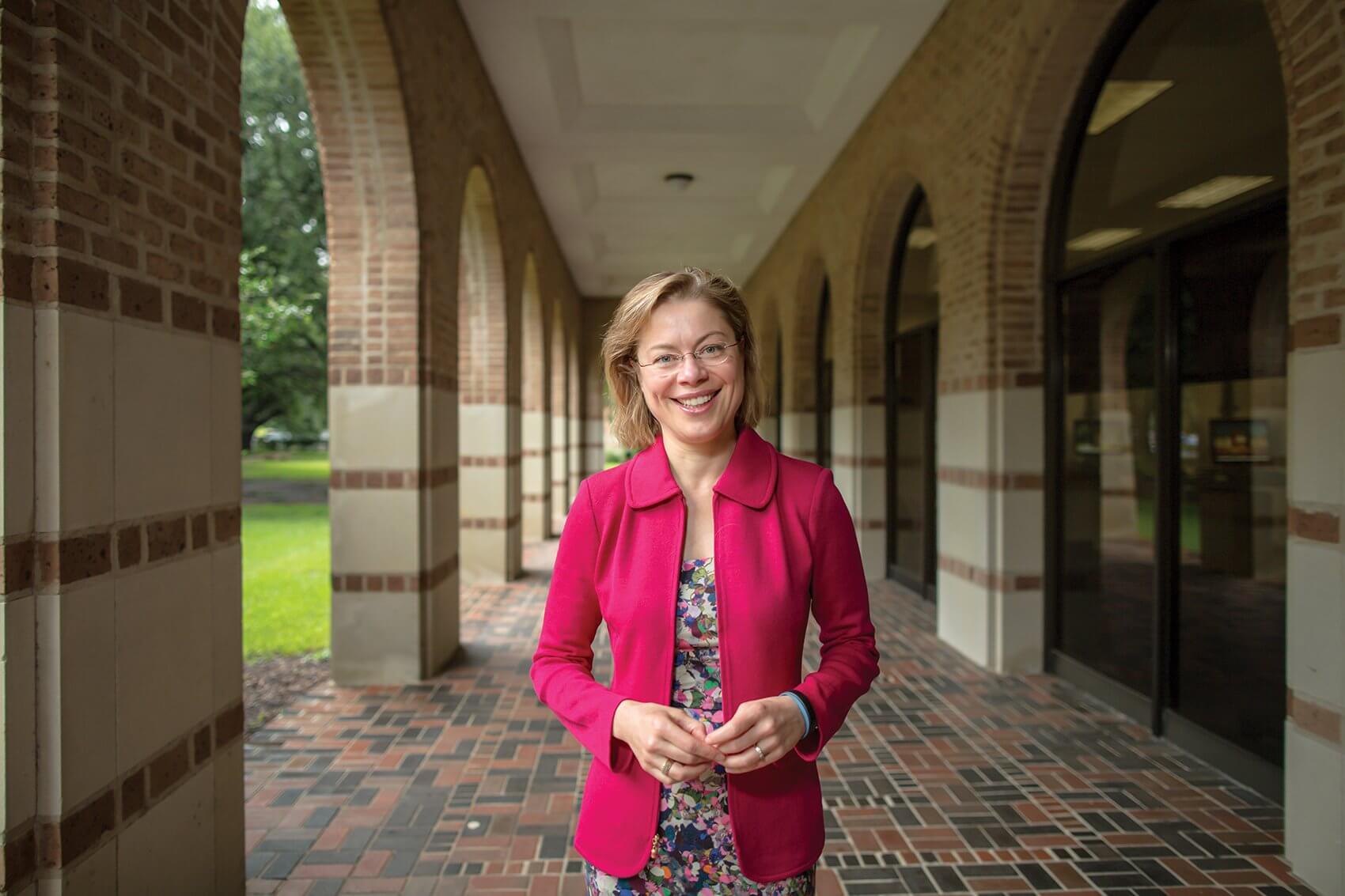 Q | Can you tell us about your early years in the Czech Republic?
A | I was born in Prague, Czech Republic and grew up before ‘89, when there was still such a thing as Iron Curtain. It was a different world. I came to the United States in ‘91, and I went to school at UW Madison.

My mom has a Ph.D. in mathematics and was one of the early woman pioneers in IT. Back then, all of the programming was on a Russian mainframe. My mom’s work sparked my interest in computers and I learned to program when I was a kid. My first PC was a Commodore 64. Learning these skills early became really handy later on.

Q | Did your education lead you to technology?
A | No, I ended up in IT accidentally. Having known programming already, a job at a software company was the best job I could get. So my mom’s investment of her time paid off.

Q | What brought you from Prague to Wisconsin?
A | I started to work for Software Publishing Corporation (SPC).

I don’t know if you remember the product called Harvard Graphics and Professional Write. Those were our best-known products. The company ultimately went out of business with the arrival of Microsoft Office as the dominant office suite.

Q | What was your major?
A | I had a dual major in Slavic language and economics.

Q | And then what led you to Duke University?
A | I put myself through college and worked for the Division of Information Technology (DoIT) for UW Madison. There I held a number of positions.

I worked on operating systems, network monitoring and system implementations.

I went to Duke first to run their systems and identity management infrastructure. The great thing about Duke was the integration between the university and the Medical Center. Shared infrastructure and common identity and access management were key to that. I became the assistant vice president of shared services infrastructure and also spent two years as the chief information security officer.

I came to Chicago after the university conducted an IT rationalization study by McKinsey. There was just a lot of change that had to happen. Chicago was also still on the mainframe for parts of its operations. That gave us the opportunity to leapfrog and go straight from mainframe to Workday as a cloud solution for HR and payroll.

Q | What was it that intrigued you most about the opportunity to come to Rice?
A | It was the opportunity to rethink IT in support of the institution. Being the first CIO, it was an opportunity to think about what the job should look like now. Our business has shifted a lot, and I thought it would be really interesting to see, if you were going to combine the two organizations together, how would you do it now.

When you inherit a big IT organization, you are usually really heavily invested on the infrastructure and administrative side. But as everything is going either into infrastructure as a service or software as a service, there is a lot of pressure on the CIOs to be closer to the business, supporting research, supporting education, supporting the medical field a little more directly. To me this was a great opportunity to just rethink what the job should be like. That is a little harder to do when you have an existing organization, an existing mandate.

I was also interested in how my experience both at Duke and at Chicago could help Rice in broadening collaboration with the TMC. There are a lot of opportunities for us to work more closely together.

Q | The role of the CIO has changed greatly in the last ten years. How have expectations changed?
A | There is much more focus on how CIOs add value. I don’t mean to overstate the point, but you really get nearly zero points for running GL. That is assumed, it is the price of admission. The focus is on what more can you bring to the table, and on understanding the business more. I think a lot of the ‘cool factor’ of technology is gone. I think as a CIO, you have to be able to talk from the perspective of all of the other constituents and bring solutions forward, not just technology. In many ways, you need to know more about the business than they need to know about technology.

Q | The CIO role is new to Rice University. How did you formulate your plans?
A | Rice set up this position for success by going through an 18-month self-study. And I found that incredibly compelling because rather than bringing in an external consultant, Rice decided to do a self-study and invite people from Princeton and other peer institutions to give their thoughts on different aspects of the job. This created a shared vision. When I arrived, I started with that internal study as well as with more detailed background information on the different areas on what I was bringing together.

And some of it was obvious—for example: creating a single systems group, an identity and access management team and the role of a CISO. But as you know, the devil is in the details when you restructure. How do you bring it together? Who actually does what? Our new organization has been in place since March.

Q | So did you feel like people were appreciative of the speed with which you made those decisions?
A | I think the staff definitely was, and the university has been—the entire time I have been here—very supportive. And I think people need clarity, so sometimes you want to get buy-in, but because of the self-assessment, there was enough buy-in here. I once joked that if people were happy with the way things were, I wouldn’t be here. You don’t go through a national search just to continue on the way you have been.

Q | How have your expectations of the role aligned with reality?
A | What I would say is that the job is what I thought it was going to be, and that’s why I came to Rice. But added to that, I think Rice—and Houston and Texas in general—is just much friendlier also. As a city-to-city comparison to Chicago, it’s a much friendlier place to be.

The one surprise was how very cosmopolitan and international Houston is. It is a great place to live.

Q | What most excites you about the future?
A | A few things. Rice is part of the Texas Medical Center, and I think technology could help further our collaboration. The TMC is probably the most successful medical conglomerate in America, and just imagining what more could be done. You have computation science, medical science, clinical science, clinical research, in the different institution in the TMC. The TMC provides a very good networking fabric and different venues where people can meet and exchange information. The potential research collaborations are really exciting. Medical research is driving research areas in America today.

The second thing is the future of education, even thought it might at times seem that MOOCs are going to take over the world, I actually think that places like Rice are in a great position. People are becoming increasingly aware of the value distinctive education brings. They are by far more educated shoppers when it comes to education and where they send their kids. Places like Rice, with the commitment to undergraduate education, are really ideally positioned to differentiate themselves in this market.

So for my job, I see this great trajectory in research and always improving collaboration in the TMC, and on the education side, kind of this differentiated story, and thinking about how Rice fits in—both in the digital space and the traditional on-premise learning. And how technology can enable that. I think that’s pretty exciting.

Q | Any closing thoughts?
A | I would just repeat what I said earlier, which is that I am really excited for the opportunity to work with the TMC and be part of what started as an experiment here in Houston and has become the dominant medical center in the United States, and perhaps
the world.