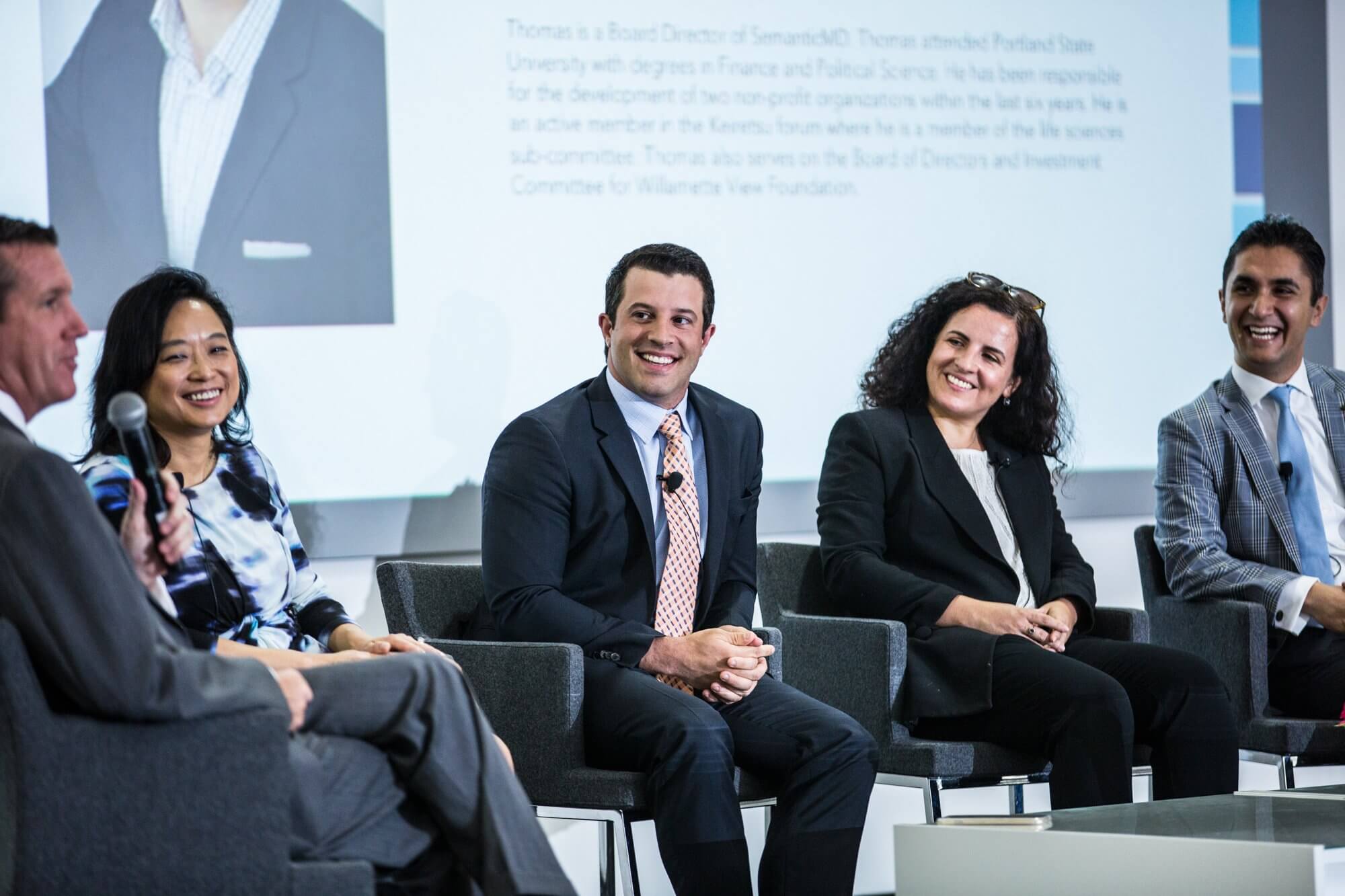 As windows to their respective countries, consular officials—the individuals who develop economic, commercial, scientific and cultural relations between the countries they represent and the area in which they serve—are in a privileged position to establish worldwide footholds for discovery and growth. On Friday, October 9, the Texas Medical Center brought together representatives from Houston’s Consular Corps for a forum to discuss the explosion of innovation happening throughout Houston—and how to forge partnerships that extend that influence throughout the globe.

“We wanted to introduce some of the top innovators here in Houston for a conversation about the many exciting things taking place throughout the medical center,” said William F. McKeon, the Texas Medical Center’s executive vice president and COO. “It really is an amazing asset. This is the only place that I know of—not in Singapore, Shanghai, or Silicon Valley—where there’s an umbrella organization like ours over the 56 member organizations that make up the TMC. We’re really collaborators, investing in innovation and forging partnerships, and we want to make sure that the ships of all of our institutions rise together.”

“As a longstanding Houstonian, the Texas Medical Center is the one institution in our city which most speaks to the spirit of Houston,” added Chase Untermeyer, former United States ambassador to Qatar and an international business consultant. “The history of this city has always been driven by the business community, which has been the engine of so many great achievements in our community. No place better exemplifies that than the Texas Medical Center.”

Entitled, “Innovation in Health Care,” the forum provided a platform for several thought leaders throughout the city to share their particular area of expertise in health care innovation, from data and analytics to venture capital.

“I’m really looking forward to the opportunity to interface with you and your country,” said Lynda Chin, M.D., one of the panelists and chief innovation officer for Health Affairs at The University of Texas System. “The one thing about health care is that it matters for everyone—there isn’t a single one of you in this audience that doesn’t care about health care. I think we have an opportunity to turn Houston into the global leader in digital health.”

With consular officials hailing from Norway, Sri Lanka, Korea, and everywhere in between, the panelists were prompted to answer a singular, clarifying question for the benefit of their audience: what makes the Texas Medical Center such a unique place?

“With respect to innovation, the most important things that the Texas Medical Center offers are clinical validation and access to data,” said Thomas DeSouza, managing partner for Allegory Ventures. “We have a talent pool and access to clinical data that is unprecedented—you can’t do this anywhere else in the world. In terms of commercializing technologies, that commercial validation is really important.”

“We’re all trying to foster innovation in this space, and a lot of great ideas are not just unique to Houston—they can be applied everywhere across health care,” added Farzad Soleimani, M.D., co-associate director of TMC Biodesign and assistant professor of emergency medicine at Baylor College of Medicine. “We hope that by having these dialogues, we’re able to leverage each other’s expertise, collectively.”

Houston has the third largest consular corps in the nation after New York and Los Angeles. There are approximately 94 consulates in Houston, from Albania to Vietnam, and consular officials from each provide a wealth of information on the economy, society, culture and tourism of the countries they represent. As we’re faced by increasingly global challenges, from costs of care to the technical complexity of medical procedures, forging these relationships is more important than ever.