Hermann Park Named One of the Great Places in America

Hermann Park Named One of the Great Places in America 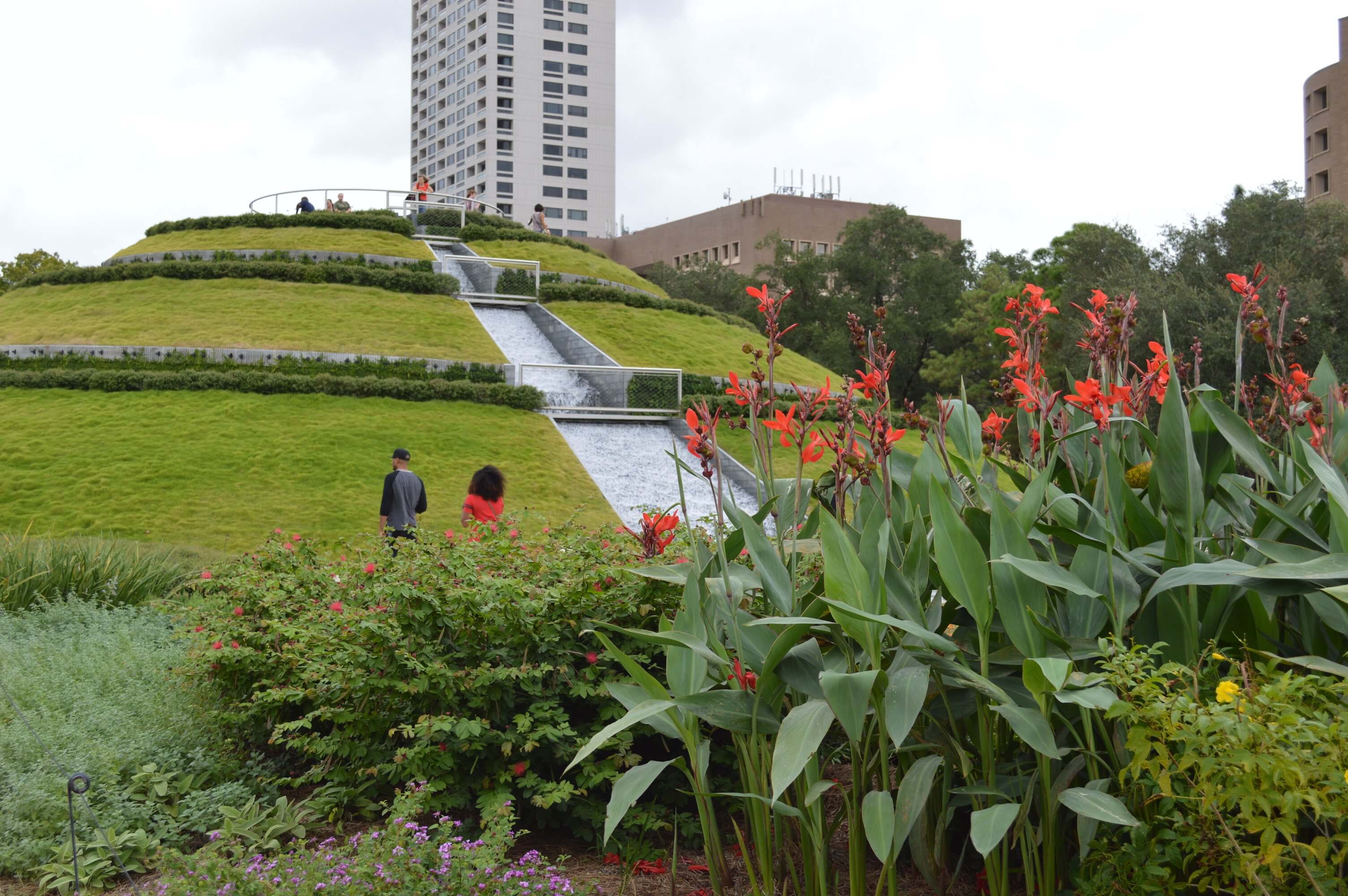 Hermann Park was recently recognized by the American Planning Association as one of the 15 Great Places in America. APA representatives presented the city of Houston and the Hermann Park Conservancy with the award on Friday during a ceremony held at the McGovern Centennial Gardens.

Every year, the APA’s flagship program selects 15 places of “exemplary character, quality and planning” to celebrate their “true sense of place, cultural and historic interest, community involvement, and a vision for tomorrow.”

Nestled in the heart of Houston’s Museum District between Fannin Street and Cambridge Street, the 445-acre park is home to numerous cultural attractions — including the Houston Zoo, Houston Garden Center, Miller Outdoor Theatre and Hermann Park Golf Course — and is considered one of the city’s most-visited green spaces, seeing approximately 6 million visitors per year.

Houston oilman and philanthropist George Henry Hermann donated the park to the city before his death in 1914. The park became dilapidated in the 1980s due to insufficient public resources and funds, but the Hermann Park Conservancy — known then as the Friends of Hermann Park — sought to restore the park and develop a more functional and alluring green space.

“It was really fun to see [Hermann Park] develop. It is such an asset to the community,” award presenter and APA Texas chapter president Kim Mickelson said. “The variety of experiences […] is just phenomenal and it has something for everyone. It’s exactly what you want the great space to be about.

“I’m hoping this is not the first. I think there is a lot of great planning going on here. The mayor has been a huge champion of that effort, and it’s really some progress. […] It’s places like this that you can point to and say, ‘I helped make that happen.’”

“This is a huge honor for Hermann Park, but it’s also a big honor for the city of Houston,” Houston Mayor Annise Parker said. “This park is more than 100 years old. It has changed and grown and thrived because of excellent planning and excellent execution of the original plan. Twenty years ago, the city of Houston created a partnership with the Hermann Park Conservancy and that partnership is really responsible for these big strides that we’ve made over the last few years.”

Parker added that the park serves multiple functions — as a place for festivals, events, and other venues — but it also offers visitors something more important: a place for quiet beauty.

“In an urban area, you need lots and lots of that,” Parker said. “I believe there are other great spaces in Houston that are worthy of honor, but it’s going to be interesting when the committee takes a look at another one of our destination parks. Buffalo Bayou Park, which was just completed, is equally worthy of being a great place in America, so I’m hoping that’s the next one that comes along.”

Doreen Stoller, executive director of the Hermann Park Conservancy, said there is still work to be done on the park. She and her team have completed the 20-year master plan for the park and are now developing an updated plan in which they hope to build on the connections to the surrounding neighborhoods and institutions. In addition, Stoller said they are looking to make the park more accessible to the general public — whether by car, public transit, bike or on foot — as a way to encourage more people to reap the benefits of going to the park.

“You think about public parks primarily as someplace pretty. ‘I’m just going to sit on my picnic blanket and read a book.’ That has an important health benefit in terms of being restorative for people who are under stress of living in a city, but parks also play a more deliberate role in health and wellness. When you think about all the activities you can do in a park, whether it’s walking, running, riding your bike, throwing a Frisbee, all of those things, we really do need to get out and move more,” she said, noting that the park recently added a family garden where the community can plant fruits, vegetables and herbs in an effort to help promote healthy eating habits.

“Children can come and see that food really does come from the ground,” she said. “It doesn’t come from the fast food restaurant on the corner.”