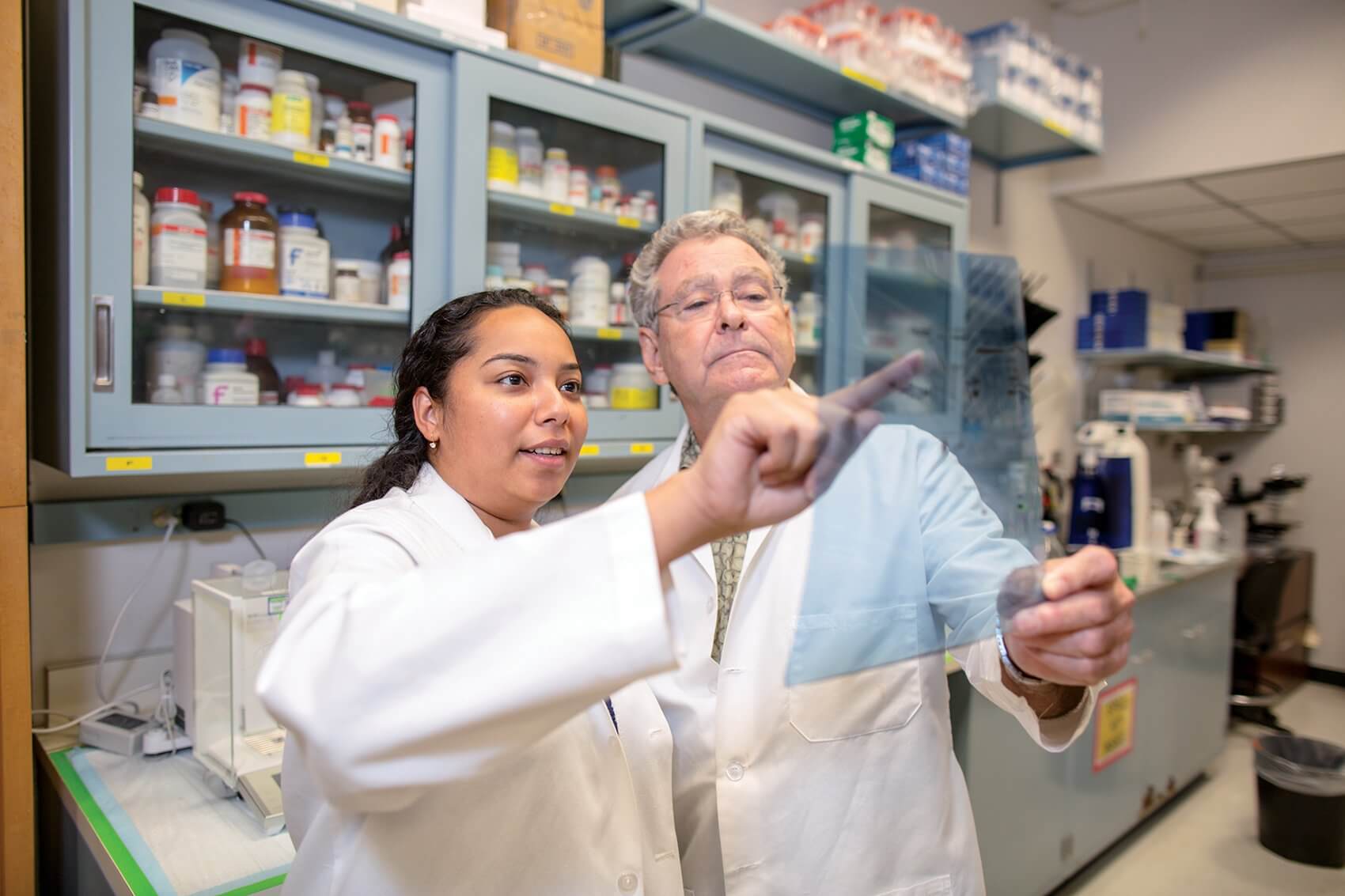 The University of Texas Medical Branch at Galveston (UTMB) has helped foster innovation, creativity and entrepreneurship through their Office of Technology Transfer. The main purpose of the department is to help innovators take the first step in building their own startups. A startup from this program is now on the verge of providing life-saving solutions for the entire world.

The startup company, Chrysalis, was founded by Darrell Carney, Ph.D., UTMB adjunct professor in biochemistry and molecular biol- ogy, through the UTMB Office of Technology Transfer in 1995. Chrysalis was originally started with the intent to create a peptide that would accelerate the healing of diabetic foot ulcers. In 2004, after the peptide they created, TP508, was proven to work, the company was sold. In 2012, the company was licensed back to the university and Carney began researching the effect this drug could have on combating nuclear radiation.

People around the world encounter nuclear radiation on a daily basis. It is naturally occurring and man-made. It is in the rocks and soil at your feet and in the X-ray machine at your doctor’s office. In small amounts, nuclear radiation does not cause much noticeable damage to the body. In large amounts, it is life threatening.

While some possible scenarios in which individuals would be exposed to high levels of radiation are less common—such as nuclear warfare or an accident at any one of the country’s nuclear power plants—cancer patients who are receiving radiation treatment are also at risk for long-term damage from exposure.

When the human body is exposed to any level of radiation, the cells in the body stop dividing and regenerating. When exposed to small doses, the body has time to recover and begin tissue and cell repair. In the case of a nuclear explosion, depending on how far a patient is from the blast, life-threatening injuries and death are probable.

The National Institutes of Health began looking at how they could increase rates of survival after a nuclear explosion—accidental or intentional. Research showed many deaths were not from the initial impact, but rather from injuries and burns victims sustained that were not treated in the days following.

“If you look at nuclear explosions historically, a lot of deaths that occurred were from lower levels of radiation,” Carney said. “You would think most deaths occurred in the immediate vicinity of the blast, but many were people who sustained injuries and burns from the blast.”

A typical nuclear explosion can affect as far as 32 miles from the impact zone in every direction. The explosion causes a thermal cloud to form over the impacted area, and can reach temperatures of 20 million degrees Fahrenheit, with winds in excess of 600 miles per hour. Survivors of the initial blast will be left with severe injures and exposure to deadly amounts of radiation. Radiation enters the body through the thyroid and attacks the gastrointestinal track, causing extreme vomiting and diarrhea.

The thrombin peptide TP508 is unique because it does synthetically what the body can normally do naturally. Thrombin molecules naturally cause blood to clot. When you cut yourself, a thrombus (blood clot) forms to prevent you from bleeding to death. In that blood clot, a fragment releases and activates the stem cells and other cells to begin tissue repair.

“The peptide we are working with just so happens to be in that part of the thrombin molecule that gets clipped off and released to stimulate a natural healing response,” Carney said.

The version of TP508 that combats nuclear radiation has been in clinical trials since 2012, and the results have proven to greatly increase survival rates after exposure to nuclear radiation. The first phase of trials tested the treatment of radiation exposure when paired with dermal injury, similar to injuries sustained after a nuclear blast. When researchers applied TP508 topically on the dermal wound, survival rates increased by 50 percent. Finally, when TP508 was injected systemically rather than topically, the results showed a 70 percent increase in survival. Chrysalis and TP508 have been a great success story for the university and have contributed to the success of more startups in the Office of Technology Transfer. When Chrysalis was first sold in 2004, the profit of the sale was given back to the university as an endowment and is used as a seed fund for startups that go through the office today.

“Anyone who is trying to form a company with us immediately wants to talk to Dr. Carney for entrepreneurial advice,” said Sundeep Mattamamana, director of the Office of Technology Transfer. “The work he has done on our campus has created a true entrepreneurial environment and has helped many more people start something on their own.”