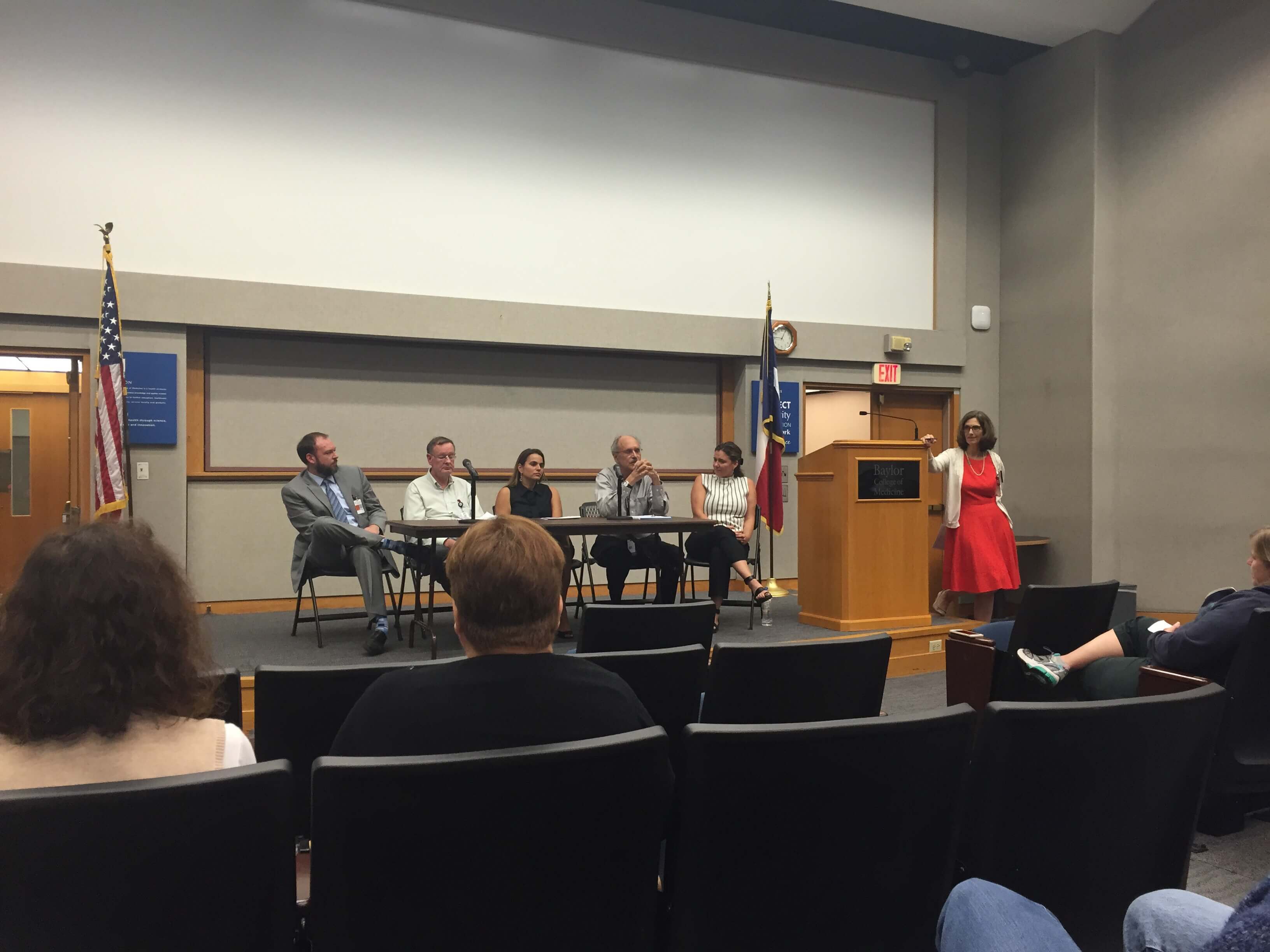 For two years, Elizabeth Kenny spiraled through the mental health system as a result of misdiagnosis and adverse response to prescription medications. What started out as a simple medical problem led to an eventual suicide attempt and several admissions to an in-patient psychiatric hospital. To share her story with others and heal, Kenny wrote the solo performance, Sick.

Sick chronicles Kenny’s journey from doctor to doctor as she seeks treatment for mental health symptoms that intensify with each new medication prescribed. Kenny wrote Sick to share her two-year struggle with misdiagnosis and iatrogenic illness and to explore the relationship between health care providers, pharmaceutical companies and patients.

Amy McGuire, Ph.D., Leon Jaworski Professor of Biomedical Ethics and director of the Center for Medical Ethics and Health Policy at Baylor College of Medicine, saw Kenny preform Sick at TEDMED 2014 and wanted to bring her to Baylor as part of their community outreach program.

”Elizabeth has such a powerful story to tell,” she said. “The courage, honesty and authenticity that she displays during her performance have stimulated important dialogue about stigma, conflicts of interest in medicine and the vulnerability that patients and their families experience when navigating the health care system.”

At Kenny’s first appointment, her psychiatrist asked her to rate how sad she was on a scale of one to ten.

“I was thinking, is this how this really works?” said Kenny. “Doesn’t he need to know specifically what I mean by a five in order for this to have any value? I started doing a calculation in my head–I didn’t want to be an eight because that seems like a crisis and I don’t want to be a three because that doesn’t even seem serious enough to be here, so I’m a six.”

Kenny’s psychiatrist recommended that she begin taking antidepressants to help with her depression. For over a year, Kenny’s symptoms worsened and the solution was always trying new medication or changing doses of medication.

Two years after beginning the antidepressants, Kenny started hearing voices and eventually attempted suicide. At that point, her mother stepped in.

Once at home with her mother, the two sought help for her depression from a family friend who was also a therapist. After hearing all of the information, the friend believed it might be the medication that was making Kenny feel the way she did. Kenny began detoxing from her medication and was feeling like herself again.

Today, Kenny is a successful writer and actor and has won several awards for Sick, including The Gypsy Lee Rose award in Excellence of Production, Performance and Playwriting and Gregory Award nominations for best new performance, best new play and best production. She continues to perform across the country and plans for a film adaptation are in the works.