A Shared Legacy of Neglected Tropical Diseases and Poverty

Rice University’s Baker Institute hosted experts to discuss the strategies and actions taken to combat neglected tropical diseases and poverty in the U.S., Mexico and abroad

A Shared Legacy of Neglected Tropical Diseases and Poverty 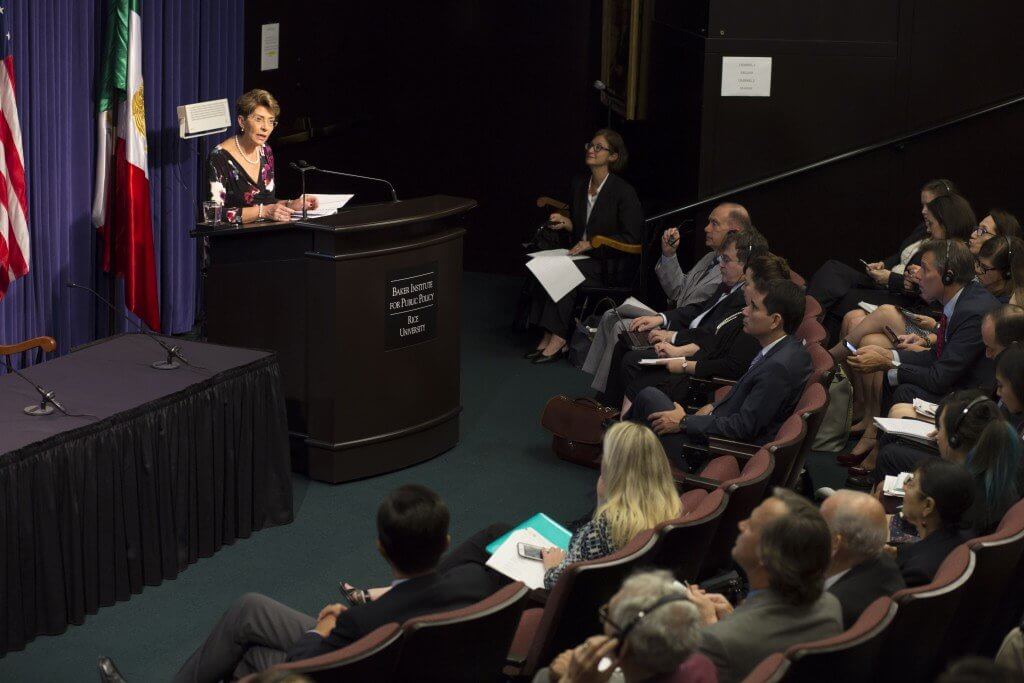 The conference, titled “The United States and Mexico: Addressing a Shared Legacy of Neglected Tropical Diseases and Poverty,” featured several special guest speakers — including Mitchell Wolfe, deputy assistant secretary for the Office of Global Health in the U.S. Department of Health and Human Services (HHS), and Mexico’s Secretary of Health Mercedes Juan Lopez — who examined the socioeconomic and political factors that influence the control and prevention of NTDs.

NTDs are parasitic, viral and bacterial infections that are commonly found in populations living in extreme poverty. The World Health Organization prioritized 17 NTDs — including dengue, Chagas disease, leprosy and rabies — that are endemic in nearly 150 developing countries and affect more than 1.4 billion people of the global population.

“There’s a lot of interest and thought about how we can better work with the traditional health sector and other entities that are very important to address diseases that you might not always include, so hopefully that will be a good outcome from this.”

In his Sept. 29 keynote address, Wolfe talked about HHS’ role in battling NTDs within the country and around the Mexico border. He also discussed the active partnerships with international entities, such as national governments and global health organizations, to develop policies and strategies aimed at improving public health worldwide.

“We were approached by the Baker Institute to discuss NTDs and policy, and — for us — what we really do is try to work on policy that increases access to health care and addresses issues related to poverty and health disparities,” Wolfe said.

“Based on the question and answer [session], there’s a lot of interest and thought about how we can better work with the traditional health sector and other entities that are very important to address diseases that you might not always include, so hopefully that will be a good outcome from this,” he added.

His presentation served as a prelude for the next day’s full-day event, which featured several panels, speakers and a keynote address from Lopez. Lopez discussed the current state of health in Mexico, progress being made in controlling various NTDs in the country (such as leprosy, rabies, malaria and trachoma) and prevention and treatment strategies being implemented. She also addressed other non-NTD health concerns, including diabetes and obesity, that affect Mexico and its citizens.

Policy experts, health care analysts and students were among the diverse group of guests who attended the conference. Carina Perotti, who works for Doctors Without Borders, attended the event as a panelist to talk about the U.S.-Mexico relationship and the countries’ joint efforts to eliminate NTDs.

“I think it was very important to have an event to talk about and remember that there are many diseases that are neglected, and also this is shared by U.S. and Mexico,” said Perotti, who works mainly in Mexico with people who have been infected with Chagas disease. “It’s quite important to raise awareness about this problem and to talk about the need […] for more research and development for these diseases.”

In conjunction with the conference, Rice students were also invited to attend a workshop where they spoke with medical researchers, advocates and policy experts to learn about NTD prevention, control and elimination initiatives. Students participated in training exercises and group activities in an effort to get them involved with and interested in NTDs while in school.

The conference was organized by the Baker Institute’s Center for Health and Biosciences and the Baker Institute Mexico Center, the National School of Tropical Medicine at Baylor College of Medicine, and the Ending Neglected Diseases (END) Fund, in partnership with the Sabin Vaccine Institute and the Texas Children’s Hospital Center for Vaccine Development.