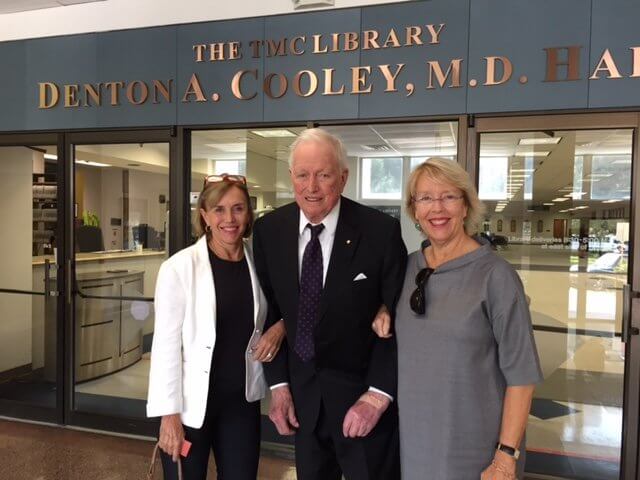 The TMC Library is pleased to announce the naming of the Denton A. Cooley, M.D., Entrance Hall that will greet visitors to the Library in the coming future. The first stage was to create the naming sign, and it was a pleasure to host Dr. Cooley and members of his family and staff to see the newly installed sign in person on Thursday, August 27th.

In addition, the Library is preparing a viewing room of Dr. Cooley’s digitized films of his groundbreaking heart transplant surgeries from the sixties. Visitors will be able to privately view his early surgeries and see actual heart transplants as they happened.

We were happy that Dr. Cooley was able to see his name “in lights” and to share our plans for highlighting his work and life as one enters the Library. Future plans include re-making the entrance lobby into an exhibition hall to include displays of his papers and work and his impact on the TMC.