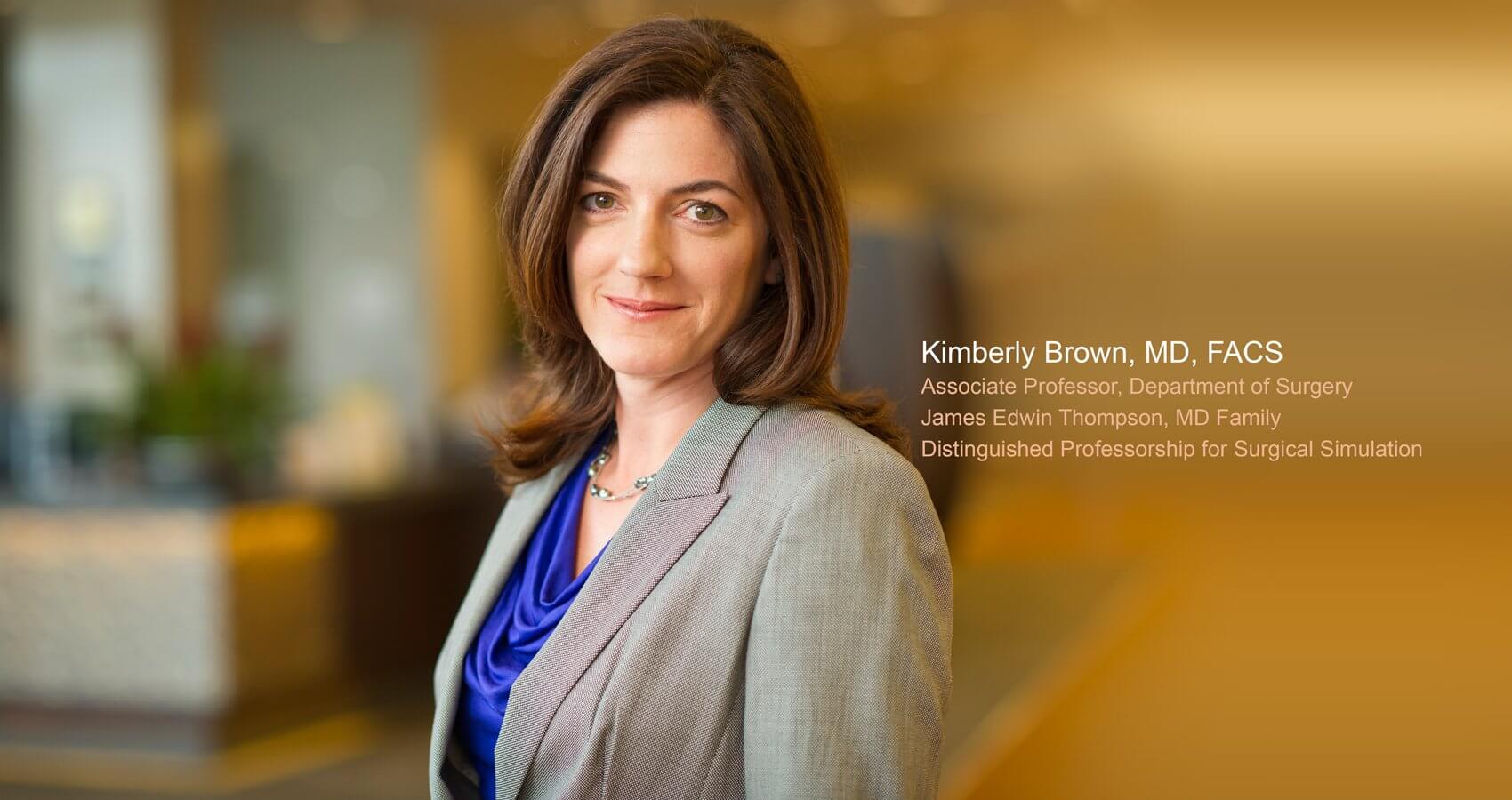 What do surgeons, elite-level athletes and professional musicians have in common? When they perform, the team – be it a surgical team, a rowing team or choral ensemble – must act harmoniously for the greatest chance of success. Athletic and musical coaching groups have developed very successful coaching strategies that improve the performance of their teams.

With this in mind, a team that included Dr. Kimberly Brown, a surgeon at The University of Texas Medical Branch at Galveston, a musical conductor/artistic director and a member of the U.S. National Rowing Team among others has produced a step-by-step coaching model that uses techniques and strategies from the musical and sports world and applied them to medical education — specifically to train surgeons.

“It is critically important to devise innovative new models of surgical training to address the challenges of increasingly complex surgical procedures,” said Brown, UTMB associate professor of surgery. “When applied as a complete framework, the techniques and strategies used in our model operate together to allow for training sessions that lead to elite performance in both simulated and non-simulated events.” The components of their Conducting Elite Performance Training in Medicine model are currently available in a special edition of the journal, Surgical Clinics of North America that centers on simulation in surgical training and practice.

It has been shown that deliberate practice is crucial to expert performance. Deliberate practice, which entails setting a well-defined goal, being motivated to improve and having ample opportunities for practice and refinement of performance through structured feedback, is a hallmark of this model.

The model also employs a coaching team that is well rehearsed in the day’s training procedure and is in constant communication so that trainees receive immediate correction when needed.

“Coaching teams not only are more efficient at communicating but also have been shown to make fewer mistakes in high-risk and high-intensity work environments, compared with individuals,” said Brown. “This fact is of greater relevance when performance requires multiple skills, judgments and experiences.”

Brown said that when all of the coaches and learners are actively engaged throughout the training session, the other team members also contribute more to their highest capacity. This leads to a multiplying effect on the team as a whole, resulting in a team’s best possible performance.

“We have proposed this model as a single, complete method for surgical coaching teams to practice during simulation and real-time training in clinical environments,” Brown said. “The elements of the model interact and build on one another to yield the highest performance results.”

The collaborative team, in addition to Brown, that put together the coaching model included the conductor and artistic director of the Choral Arts Society of Washington D.C., a member of the U.S. National Rowing team who is also a member of the CAS, a surgery education coach who was a fellow in the Cornell University Department of Music and a surgeon affiliated with both the Walter Reed National Military Medical Center and the CAS.