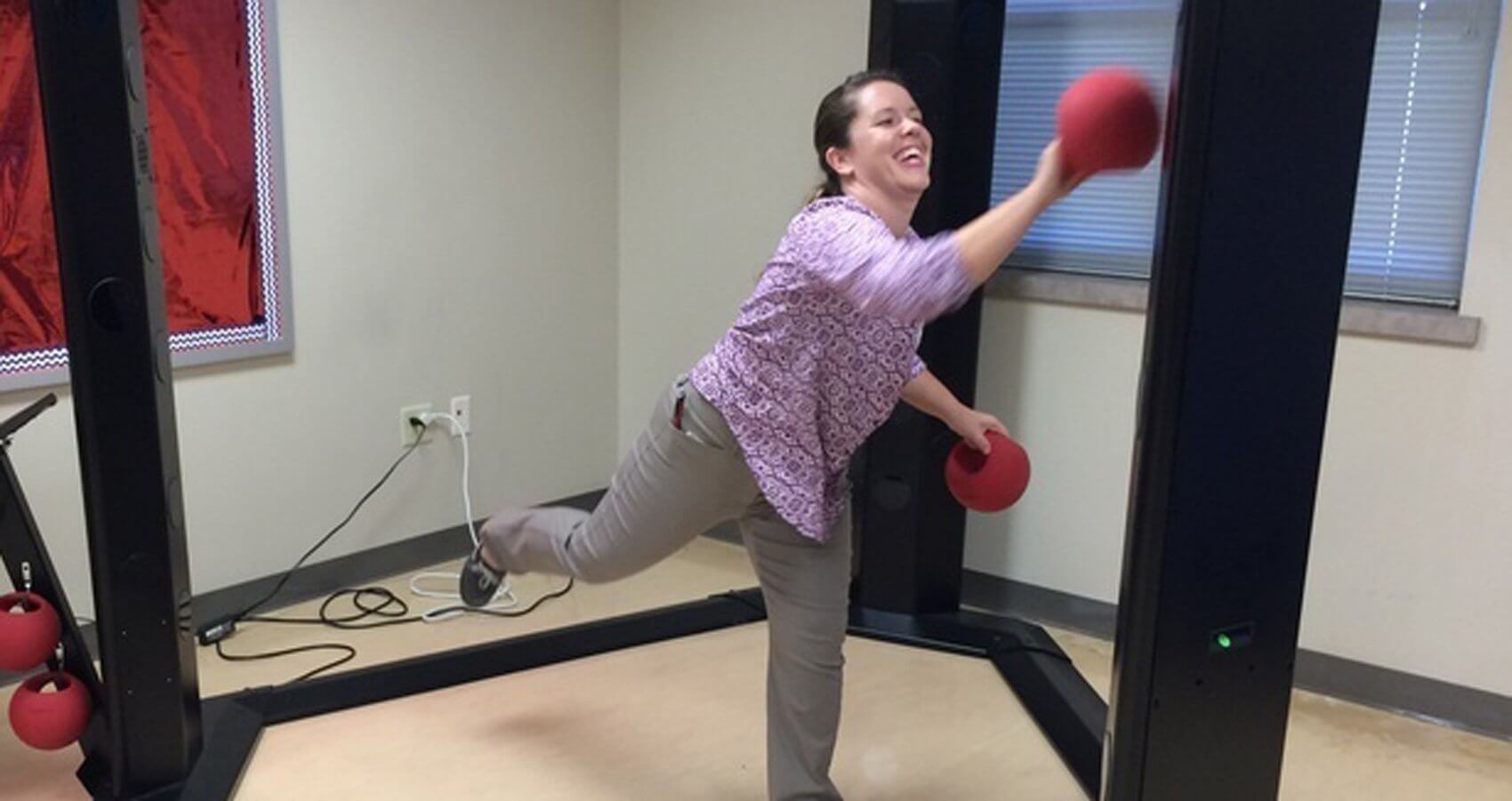 A study conducted by The University of Texas Medical Branch at Galveston says games used for exercising can improve physical and mental fitness in children with autism spectrum disorders.

The study, written by UTMB’s Claudia Hilton, associate professor, Tim Reistetter, associate professor and Diane Collins, assistant professor, all from the UTMB occupational therapy and rehabilitation sciences departments, concludes that findings suggest the use of exergaming, more specifically the Makoto arena, has the potential to serve as a valuable addition to therapies for children with autism spectrum disorders who have motor and executive function impairments.

Executive function is the higher level of intelligence that helps us to plan and organize. It is used to redirect higher thinking when changing plans and suppressing inappropriate behaviors. It is important for being able to live independently as adults.

Through the use of the exergame called the Makoto arena, researchers showed improvement in response speed, executive function and motor skills among children with ASD. The research was conducted with 17 subjects with an autism diagnosis over 30 sessions for over 1,800 total attempts to hit the targets. The International Journal for Sports and Exercise Medicine recently published the findings.

“We think that the exertion of participating in this type of game helps to improve the neural connections in the brains of these children,” Claudia Hilton said. “This is a small pilot study, but we hope to obtain grant funding to confirm these findings in a larger group of children with autism and to examine the changes that are occurring in the brain.”

As a way to combat a lack of physical activity, researchers investigated the use of the Makoto arena, a triangular shaped arena with pillars at each point, each with lights and sounds at various levels of the pillars. Those playing the game must hit the correct spots as they light up on different pillars.

The study used 17 school-aged children and adolescents with ASD in two-minute sessions in the Makoto arena. The speed of the game increased when the participants reached 95 percent accuracy. Subjects competed in the Makoto arena an average six sessions per week.

“It is difficult to get children with autism to participate in physically exerting activities,” Hilton said. “So finding an activity like the Makoto arena that they will actually do over an extended period like this is very exciting.”