A new understanding of dengue virus

A new understanding of dengue virus 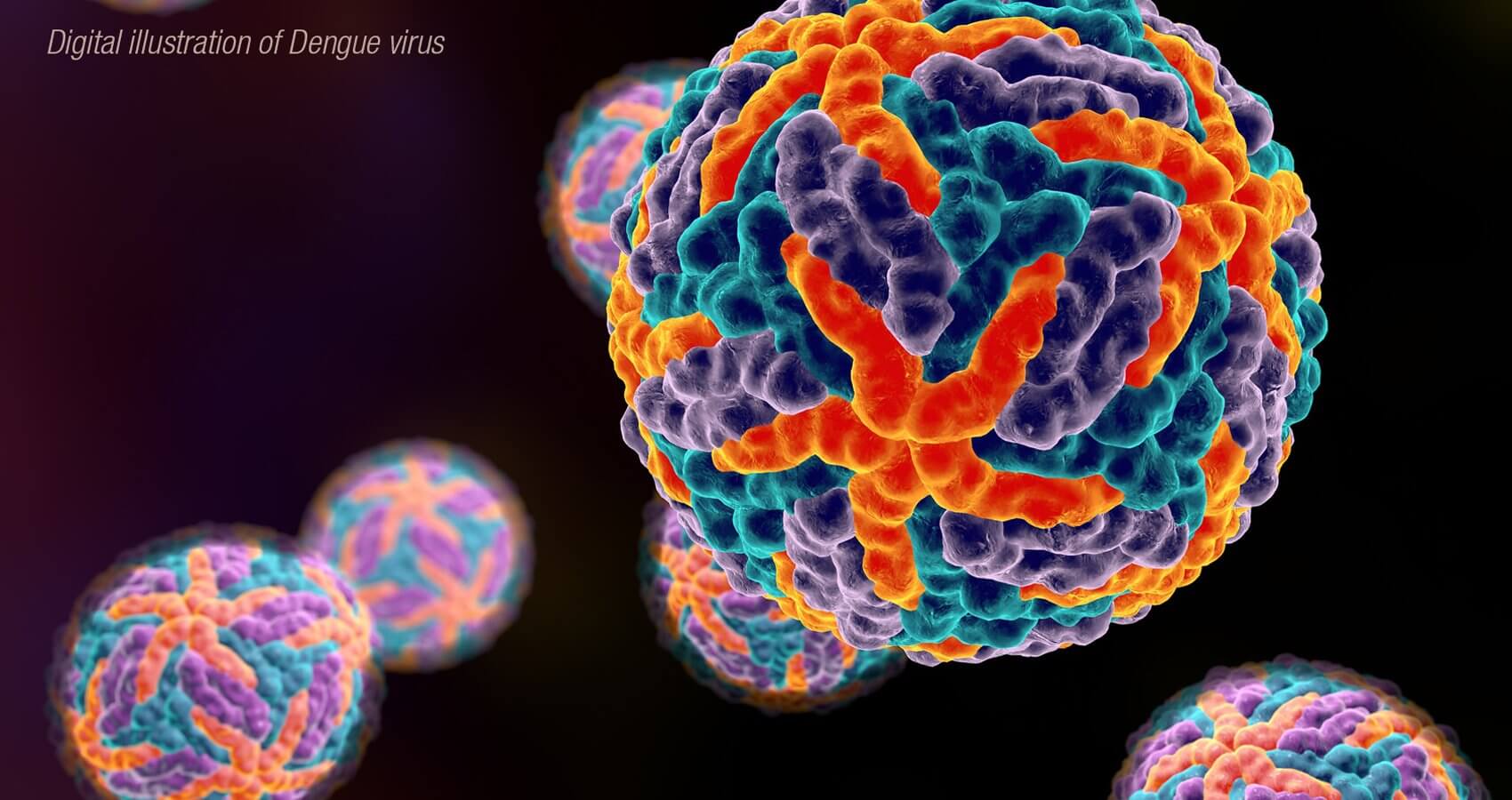 A new study is reshaping how scientists look at and understand a deadly virus.

An international consortium of scientists, including researchers from the University of Texas Medical Branch at Galveston, worked to map out the antigenic differences in various strains of dengue virus.

Previously, scientists have described four distinct antigenic variants or serotypes. But in a paper published Friday in Science, researchers reported that while the viruses clustered around the four genetically distinct types, antigenically, or the way a body’s immune system recognizes and responds to the virus, there was overlap among the four dengue types not previously described.

While several dengue vaccine candidates are under development, there are currently no licensed vaccines against dengue virus, which infects up to 390 million people a year with about 500,000 patients experiencing potentially life-threatening complications. But even as work continues on a vaccine, scientists are finding their understanding of dengue virus may be simplistic and is changing.

“Rather than being four distinct antigenic groups in space and time there is a continuum, or overlapping of those relationships, which makes the job of vaccine developers harder,” said Nikos Vasilakis, an associate professor in the department of pathology at UTMB and one of the study authors.

UTMB’s World Reference Center for Emerging Viruses and Arboviruses (WRCEVA) was able to provide many strains of the virus for the study described in the paper, as well as historical data from previous work, said Robert Tesh, director of the center and also an author of the paper.

The reference center is one of the largest collections of insect-transmitted viruses in the world and houses about 7,000 different virus strains, he said.

Dengue has been around for hundreds of years and has spread throughout the tropics and subtropics, Tesh said.

More than a third of the world’s population presently lives in areas where dengue virus is found, according to the Centers for Disease Control.

The last large epidemic in Galveston was in the 1920s and the virus ended up spreading to Houston and throughout the Gulf Coast, Vasilakis said.

Currently, the only way to control the spread of the virus is by controlling the Aedes mosquitoes that transmit it. But Vasilakis said for truly effective control, a vaccine is also needed.