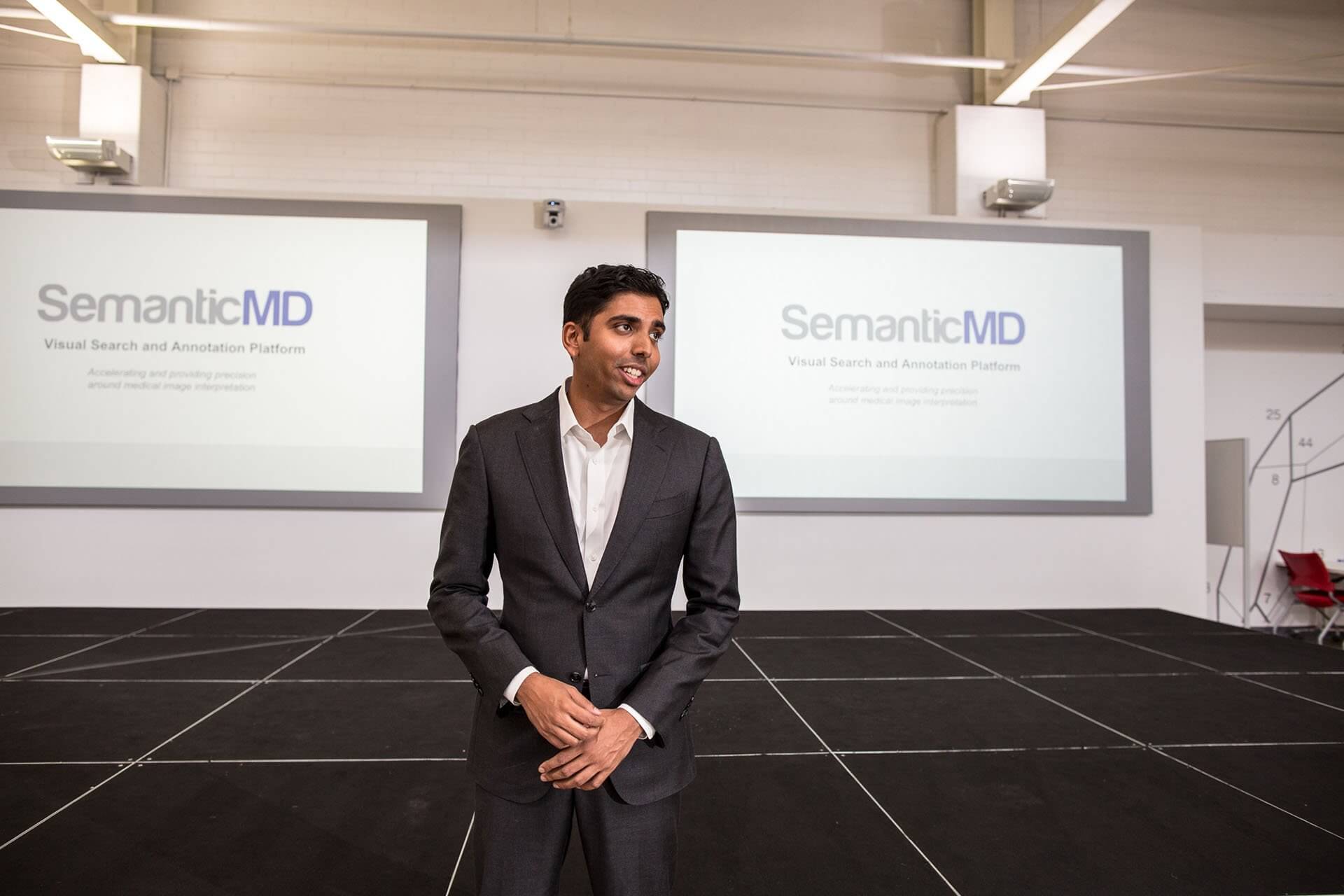 From Google to Yelp, the 21st century is solidifying its status as the era of search engines. The ability to pull a phone out of your pocket and have instant access to a seemingly limitless array of options has irrevocably changed the way that we access information. As search engines are rapidly streamlining the process of discovery in our daily lives, a similar evolution is taking place for physicians in healthcare, where we are generating massive catalogues of clinical information. For SemanticMD, a TMCx company providing a visual search platform for physicians analyzing medical images, that problem presents a unique opportunity.

“Big data in healthcare isn’t new,” said Santosh Bhavani, chief executive officer of SemanticMD. “Academic hospitals have been automatically storing, processing and analyzing patient data for decades. But what they haven’t been able to do very well, however, is analyze unstructured data.”

The team’s first engineering hire, Adam Gradzki, joined SemanticMD after working on a drug screening initiative—an NIH-funded “lab-on-a-chip”—at the University of Pittsburgh where he met Bhavani. Gradzki has been applying what he has learned performing automated drug discovery on large volumes of pharmaceutical image data to his work at SemanticMD. “We currently have high disagreement rates among radiologists over what condition a patient’s image represents,” he said. “There is a clear need for standardization to reduce misdiagnosis.”

“By simply annotating an image or coloring in the area of a tumor, an expert physician can automatically train state-of-the-art deep learning classifiers to recognize patient conditions and regions of interest in that image,” explained Bhavani.

A visual search engine that enables physicians to take an image of an unknown condition and match it against a database of known disease states; semantic tagging for pathology images; tissue recognition for ultrasound; even a 3D medical image browser that visualizes massive compilations of photos. With all of those applications across medical imaging falling under SemanticMD’s platform, the canvas for the future is steadily being filled in.

“In the next year, we plan to expand to academic hospitals for both research use and clinical validation,” affirmed Bhavani. “Having thought leaders at those hospitals will expand our capabilities to handle more patient conditions. In five years, we expect individual physicians all over the country to have expert algorithms they trained themselves, enabling them to share and level the clinical experience playing field.”

Emerging from a background in computer science and computational biology at Carnegie Mellon University—where he worked on applying machine learning and computer vision methods to analyze biological images— Bhavani found himself in a privileged position to capitalize on that experience.

“During my Ph.D. program, I was helping pharmaceutical companies improve their drug discovery process using high throughput image analysis,” he reflected. “I thought it was the norm to use machine vision for making decisions on biological images, but when I started working with radiologists and pathologists, that’s when I realized how far behind technology was in most hospital settings.”

Many startups are founded at that fortuitous intersection where coincidence meets perseverance—SemanticMD was no different.

“Satish and I have known each other since our undergraduate years at Carnegie Mellon, where he was a biomedical engineering student and I was a computer science student,” said Bhavani. By chance, they met again at the library when Ramakrishnan had returned to pursue an MBA at the Tepper School of Business, after having worked at Genentech and ZS Associates in the Bay Area. “It became clear pretty quickly that we shared many common interests, including the aspiration to one day found a healthcare company,” said Bhavani. “After we realized that we enjoyed working together, we decided to start a company as founders, and SemanticMD was born.”

“Nothing happens unless you make it happen,” he added. “In established organizations, no matter how poorly managed, people still come to work, write code, send emails, and make sales calls. Startups have none of that structure and rhythm. It’s very easy to not be working, so the founders’ role is to pull everyone’s efforts in the same direction and ensure that things get done on time—no matter how small the task.”