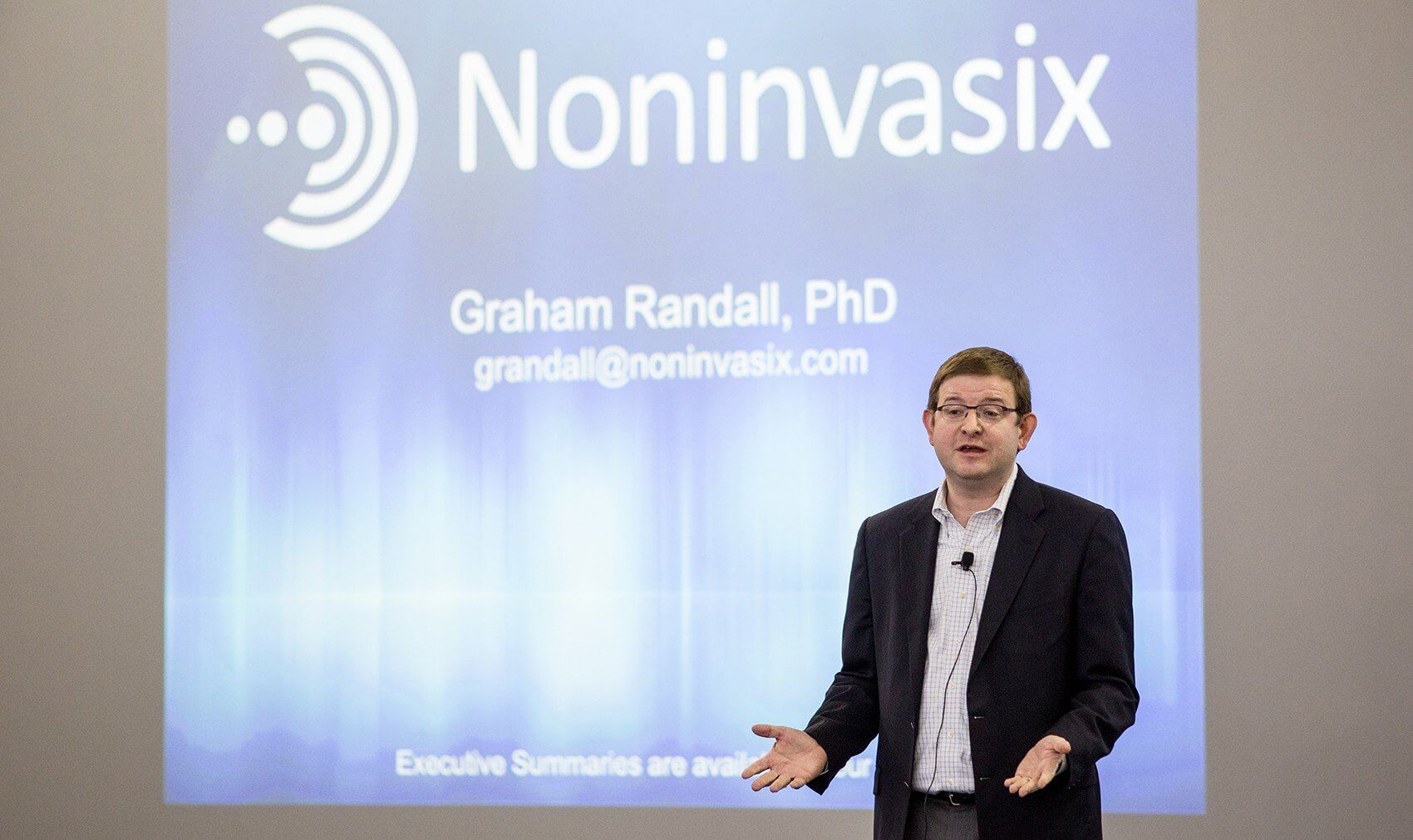 Pregnancy is anxiety inducing enough without having to worry about whether your baby is getting enough oxygen. Currently, electronic sensors—secured by an elastic band and worn externally around the belly—monitor the wellness of the child during labor. Unfortunately, this type of intermittent monitoring is an untrustworthy compass, providing an indirect indicator of fetal oxygenation.

“When I searched ‘brain hypoxia malpractice’ online, the Internet lit up,” reflected Graham Randall, Ph.D., chief executive officer of Noninvasix. “There are tens of thousands of websites hosted by law firms encouraging patients of children with brain injuries to sue their obstetrician. That’s when I learned that obstetricians have paid more malpractice claims than any other specialty.

“The primary allegation in all these claims is ‘neurologically impaired infant,’” he added. “This is all the result of the fact that the standard fetal heart rate monitor doesn’t work very well. There’s a real market for a better fetal monitor.”

Stepping into that untapped domain, Noninvasix has developed a patient monitoring system that uses light and sound to accurately detect brain oxygenation levels in babies during active labor.

“Unlike fetal heart rate monitoring, which indirectly indicates a lack of oxygen and can lead to unnecessary cesarean sections, our system provides direct measurements in real-time,” said Randall. “Armed with this concrete, factual data, obstetrics professionals will be able to take informed action leading to better outcomes for both mom and baby.”

Noninvasix’s optoacoustic technology leverages both light and sound to detect brain oxygenation levels. The monitor sends two pulsing frequencies of near-infrared light into the brain—hemoglobin in the blood absorbs light at different frequencies, depending on whether it is carrying oxygen. That absorption results in a measurable acoustic wave, directly proportional to the hemoglobin concentration in the blood. Once that sound wave has been detected, Noninvasix’s software is able to analyze the signal and churn out an accurate measurement of oxygen saturation in the brain.

“The medical device industry has superficially improved the designs to traditional fetal heart rate monitoring systems,” said Randall. “But no one has addressed the root cause of the problem—reliably detecting a baby’s cerebral oxygenation levels during labor. Currently, there are no other noninvasive methods that can directly measure venous oxygenation.”

Noninvasix has recently completed their third-generation clinical prototype, which has been tested in both fetuses and neonates in the delivery room and neonatal intensive care unit at The University of Texas Medical Branch at Galveston (UTMB). In the next 24 months, the company is expecting to complete a production prototype, perform clinical trials and obtain FDA clearance—no shortage of obstacles to overcome. For Randall and his team, those barriers are necessary bumps on the road to entrepreneurial success.

“A good friend of mine likes to say, ‘Nobody told me how many sleepless nights I’d have as an entrepreneur,’” said Randall. “It’s a rollercoaster. One day you’ll be on top of the world, and the next you’ll be under it. Sometimes it feels like nothing can go right. And you start to fear success because it’s inevitably taken away. The entrepreneurs I most respect are the ones I know have looked into the abyss and found the will and means to survive. And that means not losing your company, your family or your health.”