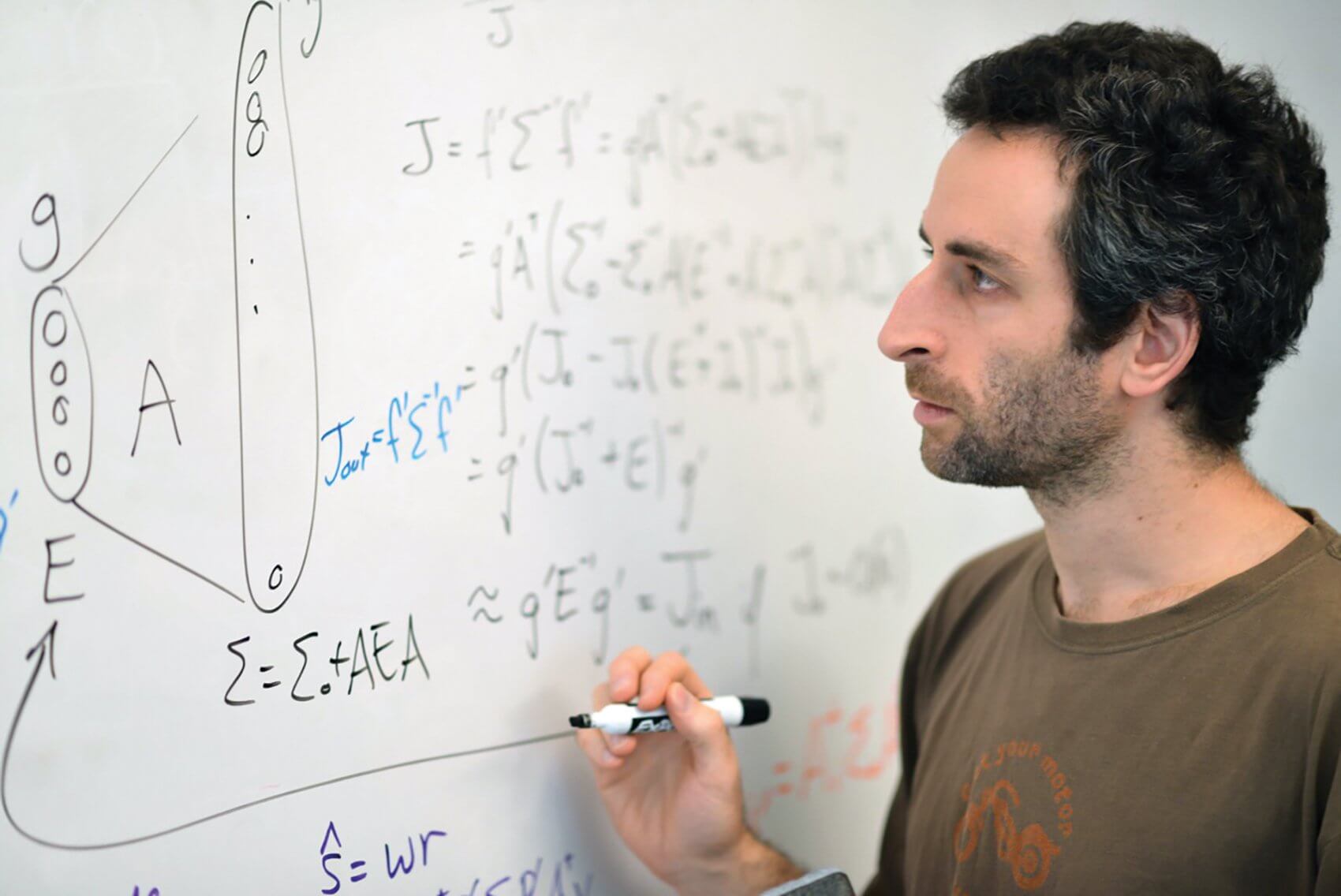 By analyzing the signals of individual neurons in animals undergoing behavioral tests, neuroscientists at Rice University, Baylor College of Medicine, the University of Geneva and the University of Rochester have deciphered the code the brain uses to make the most of its inherently “noisy” neuronal circuits.

The human brain contains about 100 billion neurons, and each of these sends signals to thousands of other neurons each second. Understanding how neurons work, both individually and collectively, is important to better understand how humans think, as well as to treat neurological and psychiatric disorders like Alzheimer’s disease, Parkinson’s disease, autism, epilepsy, schizophrenia, depression, traumatic brain injury and paralysis.

“If the brain could always count on receiving the same sensory response to the same stimulus, it would have an easier time,” said neuroscientist Xaq Pitkow, Ph.D., lead author of a new study in Neuron. “But noise is always there in the brain: studies have repeatedly shown that neurons give a variety of responses to the same stimulus.”

Not only are neural responses noisy, but each neuron’s noise is correlated with the noise in thousands of other neurons. That means that something that affects the output of one neuron may be amplified to affect many more. Because of these correlations, it is extraordinarily difficult for scientists to accurately model how small groups of neurons will affect the way a person or animal reacts to a given stimulus.

Given both these correlated responses and the inherently noisy nature of neuronal signals, scientists have struggled to explain a seeming paradox that was first observed in experiments more than 25 years ago.

“When neuroscientists first analyzed the output of individual neurons, they were surprised to find that the activity of just a single neuron sometimes predicted behavior in certain tasks,” Pitkow said.

This perplexing find has turned up in numerous experiments, but neuroscientists have yet to explain it.

“A lot of people have studied this and offered up different kinds of models that make all sorts of assumptions,” Pitkow said. “By integrating all of those ideas and applying some analytical techniques, we found there were two different ways this could happen.”

“The first model is a bit like trying to find a needle in haystack, and the second is like trying to find a needle on a clean floor while looking backward through a pair of binoculars,” Pitkow said. “Each piece of straw looks like a needle, which makes the haystack test very difficult. On the other hand, a needle should really stand out on a clean floor, but it will be hard to find with a bad searching method.”

In each case, the neurons are correlated with one another, “but in the first instance the noise correlations can never be removed, and in the second they could and should be removed but they’re not,” Pitkow said. “And each of these scenarios has very different consequences for the brain’s code, how it represents information. In terms of information theory, if the brain has a lot of information and it is not doing a good job of using it, there are very different implications than if all the neurons are correlated and they’re all informative in the same way.”

To determine which of these scenarios is at play in the brain, Pitkow and colleagues developed two mathematical models, one for each scenario. The models described how information and noise would flow through the network in the two opposing cases.

The team tested each model against the activity of single neurons in monkeys that were undergoing perceptual tests to measure how accurately they could perceive slight movements to the left or right. The experimenters found that some neurons predicted the animals’ guesses about whether they were moving left or right.

“When we examined the output, we found that the monkeys’ brains were not throwing away information,” Pitkow said. “They were using each neuron’s information very effectively. And we also saw that even though there were many neurons involved, the guess of any individual neuron was only slightly worse than the animal’s actual guess during the test. These two pieces of evidence together indicate the neurons mostly share the same information.”

But if every neuron is doing the same processing, why have so many? It’s an obvious question, Pitkow said, but it’s beyond the scope of what he and his colleagues could address in the current study.

“We didn’t explore the value of redundancy in this study, but we are very interested in that question,” Pitkow said. He pointed out that the vestibular sensors, the part of the inner ear dedicated to the sense of balance, contain only about 6,000 of the brain’s 100 billion neurons. Even those few thousand might be redundant, which would mean that the rest of the neurons they contact also are redundant.

“One intriguing possibility that we are looking into is that redundancy allows the brain to reformat information and approach complex problems from many different angles,” he said.