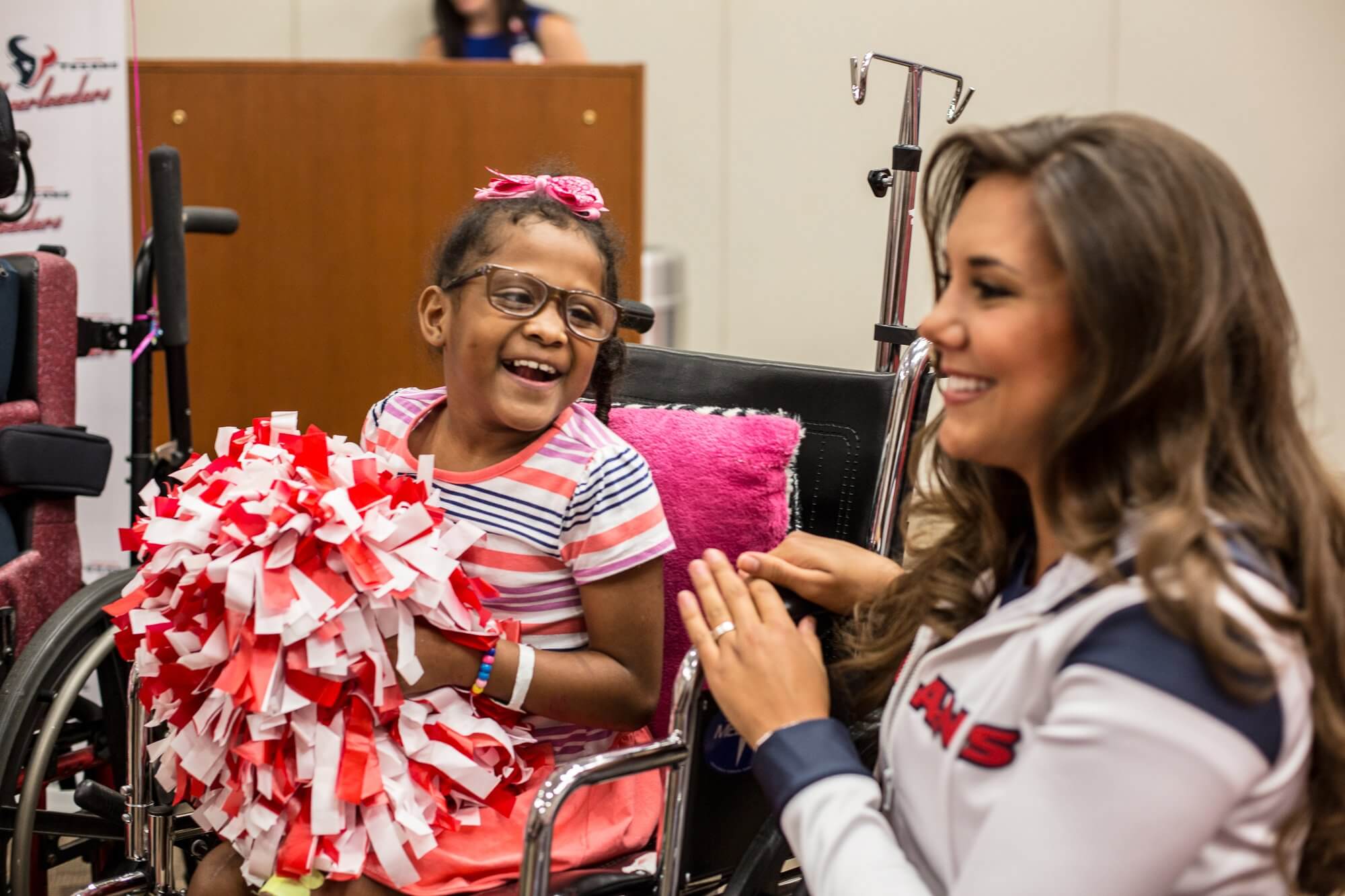 There was an air of excitement in the hallways of Texas Children’s Hospital on a recent afternoon. Patients were rushing to attend a Junior Cheer Camp hosted by the Houston Texans cheerleaders at the hospital.

As patients walked in, they were greeted by the friendly faces of the cheer squad and given a set of their own pom-poms, in addition to other goodies from the team. The cheerleaders created a routine that they taught to a roomful of patients and their families.

Cheerleaders went around the room showing the kids how to shake their pom-poms, make “High Vs” and made sure they remembered to smile while dancing. Once the group learned and performed the routine, patients had a chance to talk with the cheerleaders and get autographs and pictures with them.

Texas Children’s Hospital holds a special place for veteran Texans cheerleader Ashley S., not only because of the incredible work they do, but because she was once a patient there too.

When Ashley was a junior in high school, she was diagnosed with SMA-superior mesenteric artery disorder, a gastrointestinal disorder, while at Texas Children’s.

“My time at Texas Children’s definitely impacted my life,” said Ashley. “At the time, I was in high school, on the drill team and trying to figure out where I wanted to go to college. Even though it was a very stressful time for me, the Texas Children’s staff was so incredible and made it an amazing experience for me. Because of them, I want to be a nurse here one day.”

Ashley missed a month and a half of school, lost a considerable amount of weight and had to use a feeding tube for almost a month. Her gastrointestinal issues came back when she was in college, but today she is healthier than ever and a Texans cheerleader. She hopes that all of the patients at Texas Children’s can go on to fulfill their dreams like she did.

After the cheer camp, the cheerleaders made special visits to patients’ rooms throughout the hospital. Some of the patients are not able to leave their beds to attend events, which made these visits even more exciting for them.

“We want to be a positive part of the Houston community,” said Texans cheerleading coach Alto Gary. “If we can come here and help people who aren’t having the best day and bring some light into their situation, then we are doing something right.”