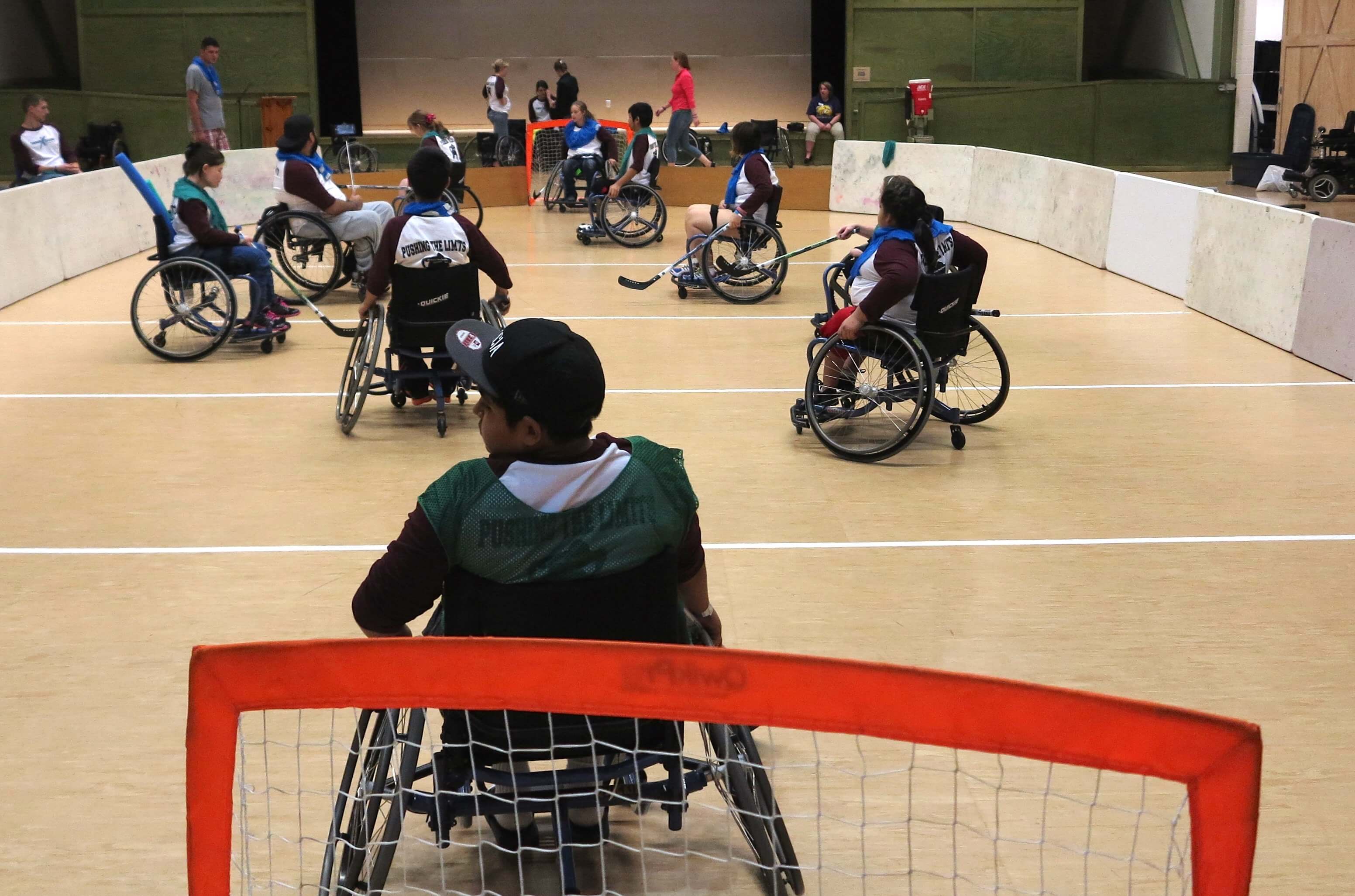 For the more than 40 young people attending the TIRR Foundation’s 2015 Camp Xtreme, camp was not about marshmallow roasts and pranking your bunkmate, but stretching the boundaries that often come with wheelchair confinement and other disabilities.

Held July 12-17 at Camp For All near Brenham, Texas, Camp Xtreme enters its 16th year in providing a challenging sports environment for children and young adults ages eight through 21. This year, Camp Xtreme hosted more than 60 campers from across Texas at both the summer and Spring Break camp.

Justin Jarrett of Delta, Colorado, served as a counselor and is a former camper. With a bushy beard and a muscular build, Jarrett has adapted to his own wheelchair challenges, having become a paraplegic at 17.

“I was playing on the bumper of a suburban and ended up pinned underneath the vehicle. This left me with a T-12 spinal cord injury,” he said. “I spent one month in Harris Medical Center in Fort Worth and did two months of rehab at Baylor Institute for Rehabilitation in Dallas.”

Now 31, Jarrett is well equipped to work with campers who must come to grips with incidents that happen in “the blink of an eye,” as well as work with those who are born with such conditions as spina bifida or cerebral palsy.

“When I was a camper, seeing other wheelchair users when I was new to my injury really gave me a sense that I wasn’t alone, as well as a confidence that I could achieve what ever I set out to do,” he said.

Camp Director Genny Gomez echoed those thoughts in describing the goals of Camp Xtreme. “Camp Xtreme is an opportunity for our campers with disabilities to experience camp without limits. When we are planning activities for Camp Xtreme, our main goal is to provide our campers the chance to increase their independence and learn how many barriers they can break down.”

TIRR Foundation provided camp scholarships for those who could not afford to attend, as well as sport wheelchairs for campers without proper equipment.

Executive Director Cynthia Adkins said, “This is a special place where everyone can enjoy being a kid, having fun and participate in all activities. There are no barriers. We are very appreciative to the W.T. and Louise Moran Foundation, as well as the Lone Star Paralysis and Brain Injury Association for their support and funding.”

Jarrett said that while the campers he worked with enjoyed their late night talks, which he termed “campers healing campers,” the one comment that has stuck with him over the years was when one camper said, “I think, this year, camp saved my life.”

“If you want to be part of something special,” he said. “Camp Xtreme is it.”

TIRR Foundation, The Institute for Research and Rehabilitation based in Houston, is the nation’s only collaborative research institution where hundreds of scientists, physicians, researchers and engineers work together to develop solutions addressing traumatic brain and spinal cord injury. For more information about or to donate to TIRR Foundation and its programs, go to www.tirrfoundation.org.