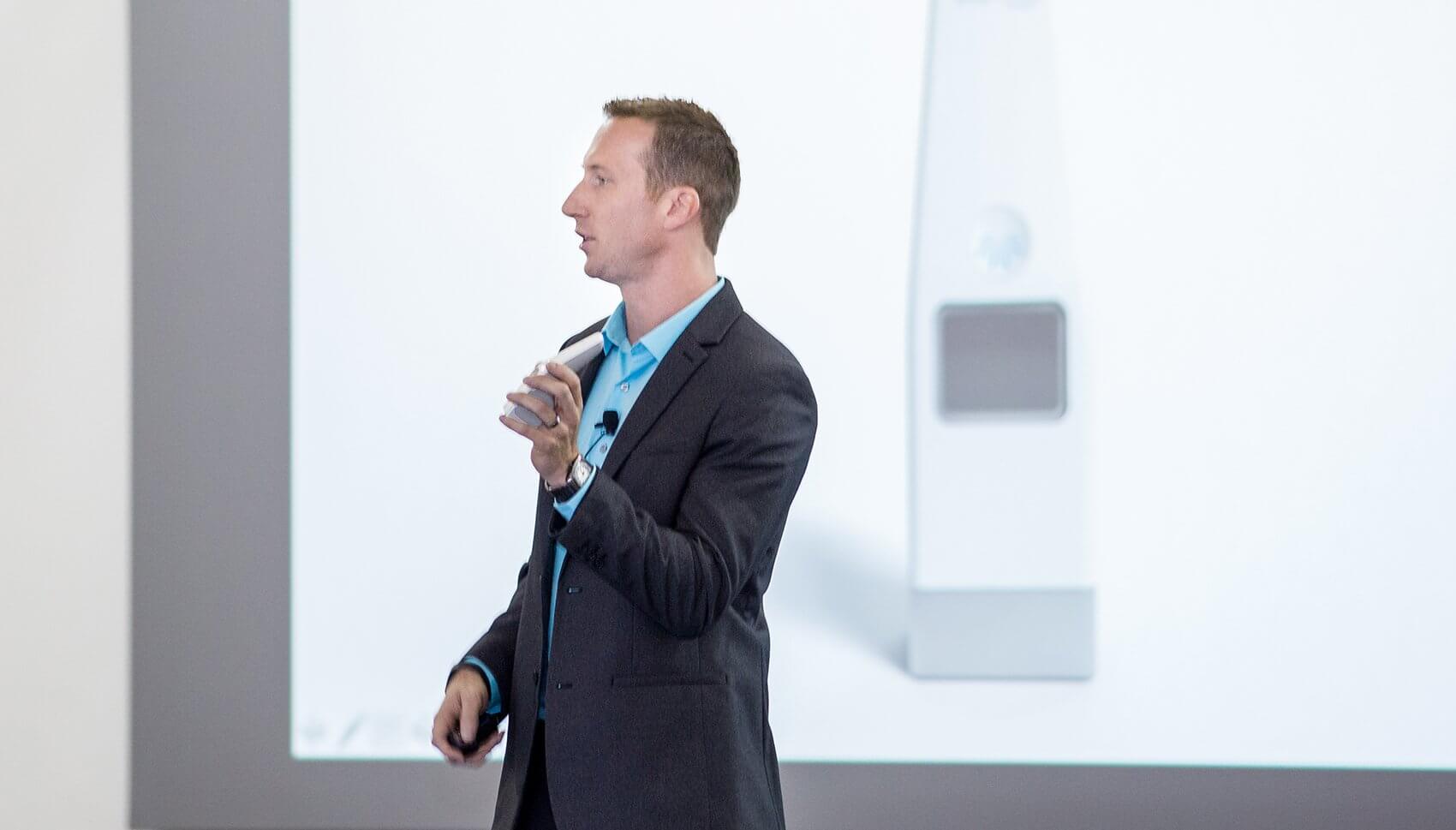 Market research—the process of systematically gathering information about potential customers—can yield some interesting insights. In some cases, it can lead companies to pivot dramatically; in others, it can affirm longstanding assumptions about a product’s viability. For Martyn Gross, chief executive officer of Skylit Medical, a routine customer discovery interview ended up having a much more profound impact.

“I was talking with a woman from Louisiana who was very frustrated because she had a couple of patches of psoriasis on her elbows and feet—it was considered ‘mild,’” said Gross, referring to the chronic skin condition that causes skin cells to grow too quickly. “One patch was so bad, even though it was small, that she couldn’t walk on it. It was so painful that she couldn’t drive because it wouldn’t allow her to push on the gas pedal. She lost her job and basically had to learn how to use a cane while her three year old was running around—she couldn’t even play with her child.”

From psoriasis, to eczema, to vitiligo (a disease that causes the loss of skin color in blotches), chronic skin conditions afflict more than 40 million Americans each year. Phototherapy, which involves exposing the skin to ultraviolet B light, is a widely effective treatment, with one major caveat—the necessity of going to a clinic to receive care. Gross, a psoriasis patient himself, had experienced the frustrating expense and inconvenience of existing therapies firsthand.

“There are really only three solutions for me,” said Gross. “There are these topical creams, but your body gets used to them. There’s clinical UVB therapy, but it’s so inconvenient to go into a clinic that often—two to three times a week, you have to do an hour or so of prep-work for a minute of therapy. It’s really inconvenient.

“The next step is these biologics that you inject into your body and it lowers your entire immune system, but they’re incredibly expensive and have really bad side effects,” he added. “It feels like there are no options. As an innovator, you’re thinking, ‘this has to be done differently.’ That’s where we came up with our solution.”

Taking matters into his own hands, Gross leveraged that exasperation through Skylit Medical. In an effort to miniaturize the existing clinical experience, the company developed a handheld device that not only administers prescribed phototherapy, but also guides patients through the process and reports usage back to a physician or clinic.

“There are two things driving this,” said Gross. “The most fundamental one is that I’m a patient. I know what it’s like. It’s not cosmetic; it’s a quality of life issue. It’s waking up at night, it’s losing sleep, and it’s pain—literally. Some of our investors know that it’s not a beauty issue because they have these conditions too. My desire is to improve quality of life for everyone who can have access to this and we want to make it accessible to every patient.”

According to third-party research, 95 percent of physicians would prescribe Skylit Medical, based on the fact that it would enable them maintain a relationship with their patients and bill higher reimbursement, potentially bringing in 5-10 percent more revenue into their clinic. For patients like Gross’ market research participant in Louisiana, the prospect of receiving convenient, low-cost therapy in the comfort of her own home was enough to bring her to tears.

“When we started talking about what we were doing at Skylit, she started crying on the phone,” said Gross. “In something as simple as conducting market research, I thought, ‘This is why we’re doing what we’re doing.’ She said the words, ‘Nothing like this has ever been available for someone like me.’ For me, that was the fuel on the fire. I don’t care how it happens—we’re getting this out in the marketplace.”