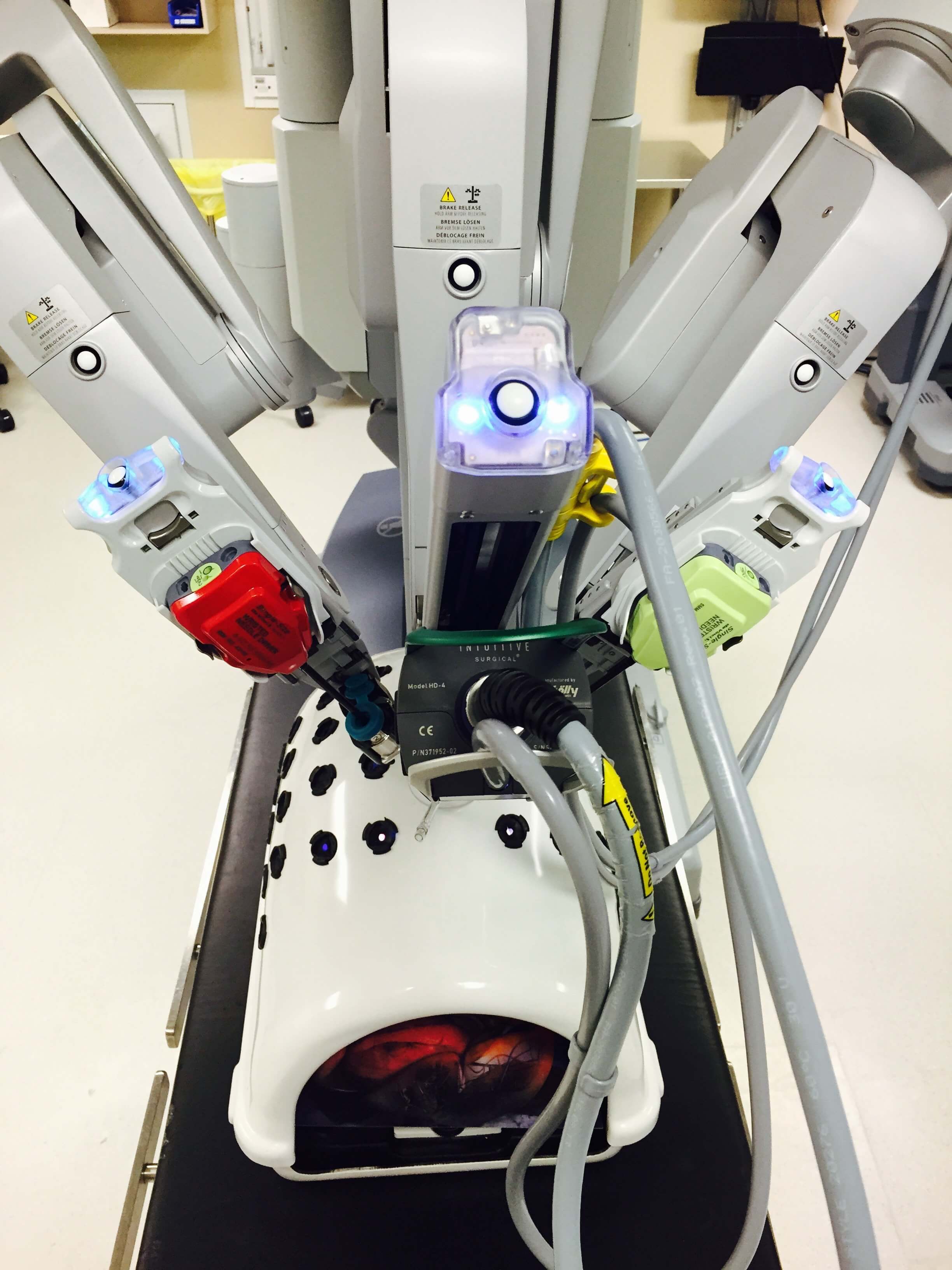 The da Vinci Si Surgical System is named after Leonardo Da Vinci because of its likeness to da Vinci’s robotic knight. The robot da Vinci built was driven by a system of pulleys and gears to emulate muscles propelling bones in humans. Pulleys also drive the da Vinci surgical System.

Intuitive Surgery, the creators of the da Vinci Surgical System originally wanted to use robotic surgery for battlefield surgeries. During that process, they realized it could be used for much more.

“My patients are very happy with their results,” said Guan. “They are much more confident showing their stomachs and they can get back to living their lives much faster than before.”

In the past, gynecologic procedures were performed by cutting open the stomach. This type of surgery left a large scar for patients and a six-week recovery. In the late 1980s, laparoscopic surgery was developed using small incisions around the stomach and cut the patient’s recovery time in half.

“Robotic single-site surgery is the fastest, most effective way to provide surgical care for a gynecologic condition,” said Guan.

The da Vinci Si system is made up of three parts. First, the vision cart, the “brains” for the whole system.

The third element is the surgeon’s console, where the doctor controls the surgery. In the console, the surgeon can see 3-D images of the patient’s abdomen in real time. He can control the camera by zooming it in to focus or move it to another area if needed. The surgeon also controls the movement of the robot with handheld controls at the console. These controls can rotate and navigate all of the robot’s movements from across the room.

Guan is one of the only doctors now performing single-site surgery for advanced benign gynecologic procedures with the da Vinci system. When performing a single-site surgery, there is only one incision made in the patient’s navel, which creates virtually no scarring. Once inside the patient’s stomach, the robot’s arms deploy and are controlled by the surgeon from across the room. The robot eliminates any tremor that even the most skilled surgeon would have.

“With the help of robotics, eventually there will be no need for incisions during surgery,” said Guan. “In the next few years, procedures will be done through natural orifices and the robot will deploy once it is inside the abdomen.”