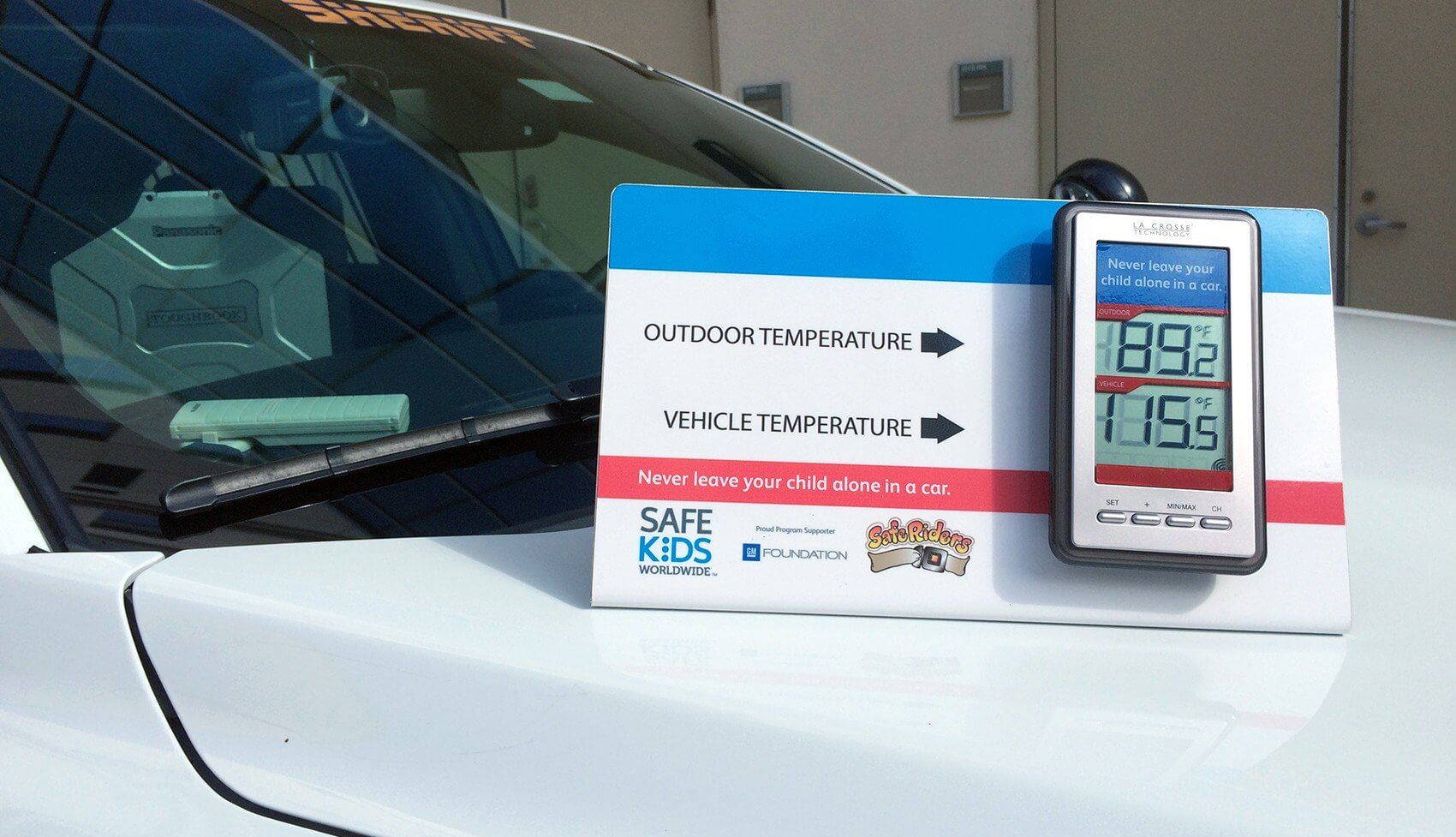 Each year, an average of 38 children die after being left in hot cars. In just a few minutes, the temperature inside a car can increase 20 degrees or more. Even a breezy 70-degree day can turn deadly in a vehicle left in the sun. These dangers prompted officials from the Memorial Hermann Texas Trauma Institute at Children’s Memorial Hermann Hospital, the Harris County Sheriff’s Office and the Houston Fire Department to offer tips on keeping children safe during Houston’s scorching summers.

“These are tragic events. These are preventable,” said David Persse, M.D., EMS director for the City of Houston. “When we hear about these stories, a lot of us react emotionally and are angry at the adult that’s involved. But you have to keep in mind the adult has just experienced probably one of the greatest tragedies in their life, and it could happen to any one of us.”

Often the catalyst is as simple as a change in routine—maybe the parent who usually drops off the child at daycare has an appointment. The other parent starts driving to work, operating on autopilot, and forgets the child is in the car. Sometimes a child playing outside accidentally locks himself in the car and can’t get out. A caretaker might intentionally leave the child in the car during an errand, thinking they will return in a minute.

In 2012, the most recent year with complete data, Houston 911 operators received 213 heat-related calls, said Persse, two of which resulted in fatalities.

Both Lapus and Persse stressed there is no appropriate amount of time to leave a child—or a pet—unattended in a car. The temperature can rise to over 100 degrees in minutes and will continue to rise. In less than an hour, a thermometer placed in a car belonging to the Harris County Sheriff’s Office showed the temperature to be over 115 degrees in the car, while it was 89 outside.

Now that the American Association of Pediatrics recommends children ride in a rear-facing car seat until age two, it can be even easier to forget a child is in the car. Often drivers won’t even be able to see a child in a rear-facing seat by glancing at the rearview mirror.

“Always look before you lock,” said Lapus. “Make sure you have a reminder that your child is in the car.”

Put a briefcase, a purse or a cell phone in the backseat as a reminder, Lapus suggested. Put the child’s shoe or a large stuffed animal in the front seat. At home, keep car doors locked and store keys in places inaccessible to children. And above all, never leave a child in the car unattended.

“It’s not only a potential for tragedy, it’s a crime,” said Harris County Sheriff Ron Hickman. “To leave a child under the age of seven for more than five minutes, you could be charged with a crime from a class A misdemeanor citation all the way up to a felony, depending on the outcome.”

Hickman said if citizens see children or pets alone in cars they should contact authorities and do what they can to offer help immediately.

“Check if the doors are locked. If necessary, break the window,” he said. “A simple phone call can save a life. If you see a child left unattended in the car, call the fire department, call the police, call somebody.”

Already in 2015, 10 children have died after being left in hot cars, including a two-year-old in Dallas just last week. So far in Houston, however, there have been zero fatalities this year.

“We want that trend to continue,” said Hickman, “and we ask for the community’s help in doing so.”