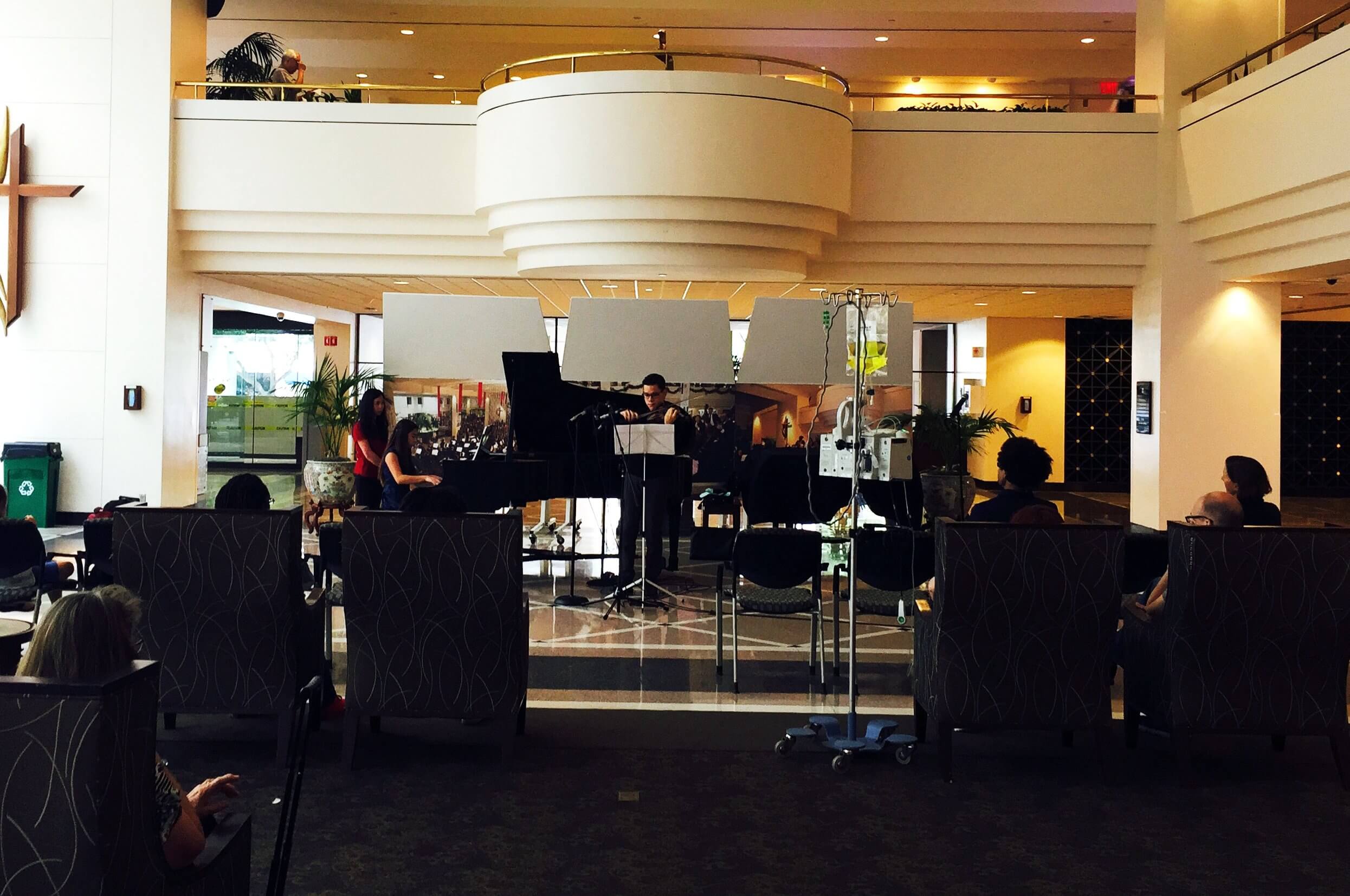 The Center for Performing Arts Medicine at Houston Methodist is working to transform the environment of their hospital and make visits more inviting for patients.

The center has hired three staff pianists and eight volunteer pianists to play throughout the day at the hospital for patients to enjoy. This summer, they are also hosting the Margaret Alkek Williams Crain Garden Performance Series.

The series kicked off July 30 with a performance by Vi Nguyen and Gabriel Anker. Nguyen performed works by Chopin, Mendelssohn, Debussy and Ravel. The duo also performed Dvorak’s Sonatina for violin and piano.

Nguyen said she has been performing at hospitals since she was eight years old and enjoys having the ability to brighten a patient’s day through her music.

The performances are put on for patients and their families to enjoy during their time at the hospital. If a patient is not able to come to the garden, they can watch all of the performances from their rooms on the hospital’s  channel 19.

The series will continue through the month of August and will feature performances by the Salvation Army’s Harbor Light Choir, Pipa Master Jiaqing Lin and the Houston Songwriters Association with Houston Methodist’s own Ron Tintner, M.D., an associate professor, director of the Movement Disorders Clinic and co-director of the Center for Movement Disorders and Neurorehabilitation at the Methodist Hospital Neurological Institute.

In addition to the performance series, the Center for Performing Arts Medicine has also created nine art installations throughout the hospital.

“We really want to transform the environment and the experience of the hospital through art,” said Chase Cobb with the Center for Performing Arts Medicine. “The art installations we have added are mostly done by our hospital staff, so they are meaningful and the patients really enjoy seeing them.”

The performances do not stop in the Crain Garden. Many of the performers also go to patient waiting rooms and other areas in the hospital to perform for as many patients as they can.

The following concerts will all be performed in the Crain Garden.