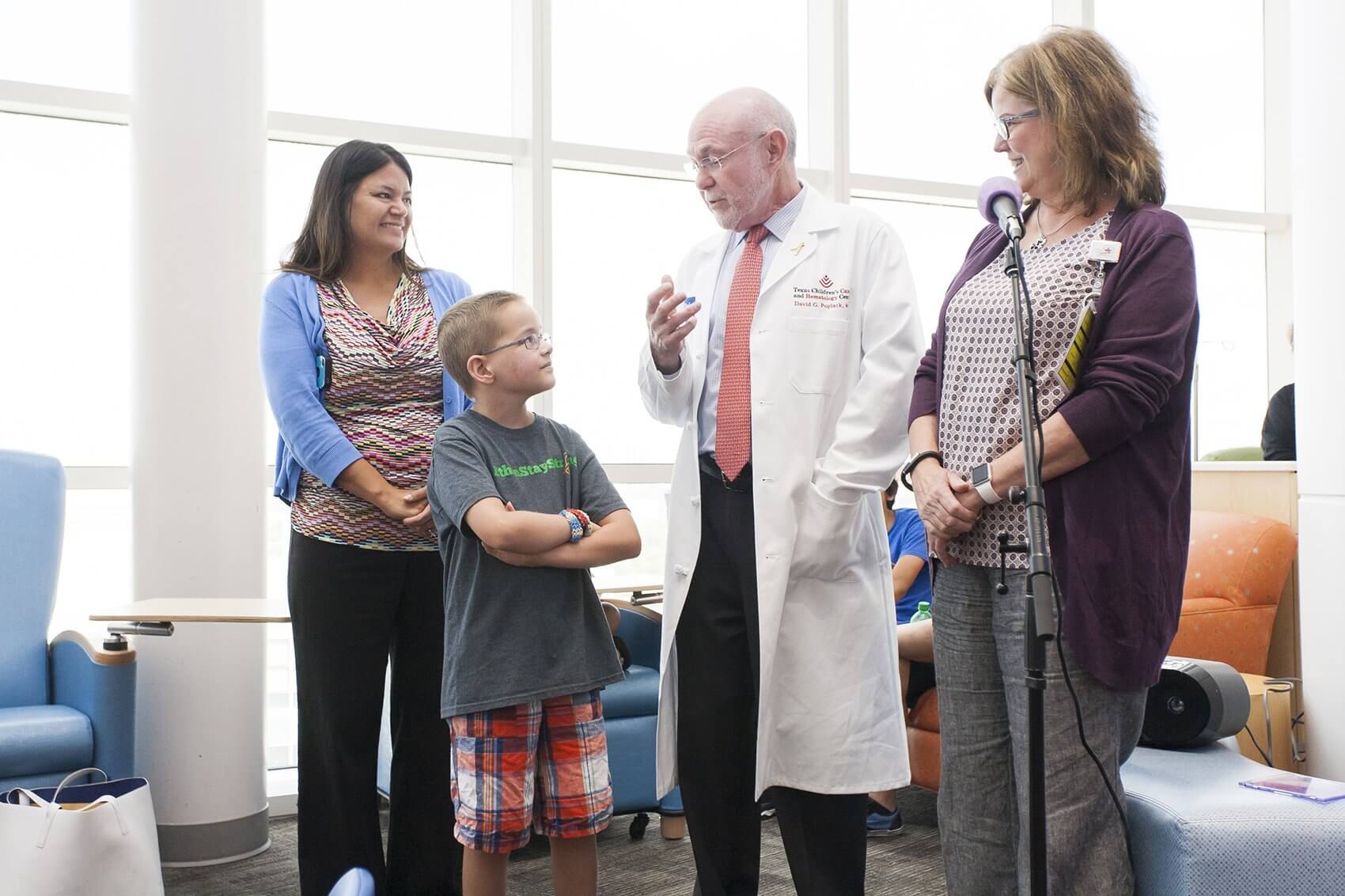 On July 14, nine-year-old Ethan Williamson, a Ewing sarcoma survivor, jubilantly stood on his tip toes to ring a bell that signifies a great deal to him and other patients at Texas Children’s Cancer and Hematology Centers. The bell, donated by Williamson and his family, will be rung by cancer and hematology patients to commemorate receiving their final treatment.

At the unveiling ceremony, Dr. David Poplack, director of Texas Children’s Cancer and Hematology Centers and head of the hematology/oncology section at Baylor College of Medicine, noted the meaningful addition of the bell as a sign of hope for the thousands of patients who are treated each year at Texas Children’s Hospital for cancer or blood disorders.

The special bell hangs next to a plaque that reads, “Let your strength and courage be felt by all, as this bell’s song fills this hall. For every time we hear this note, another life be filled with hope.”