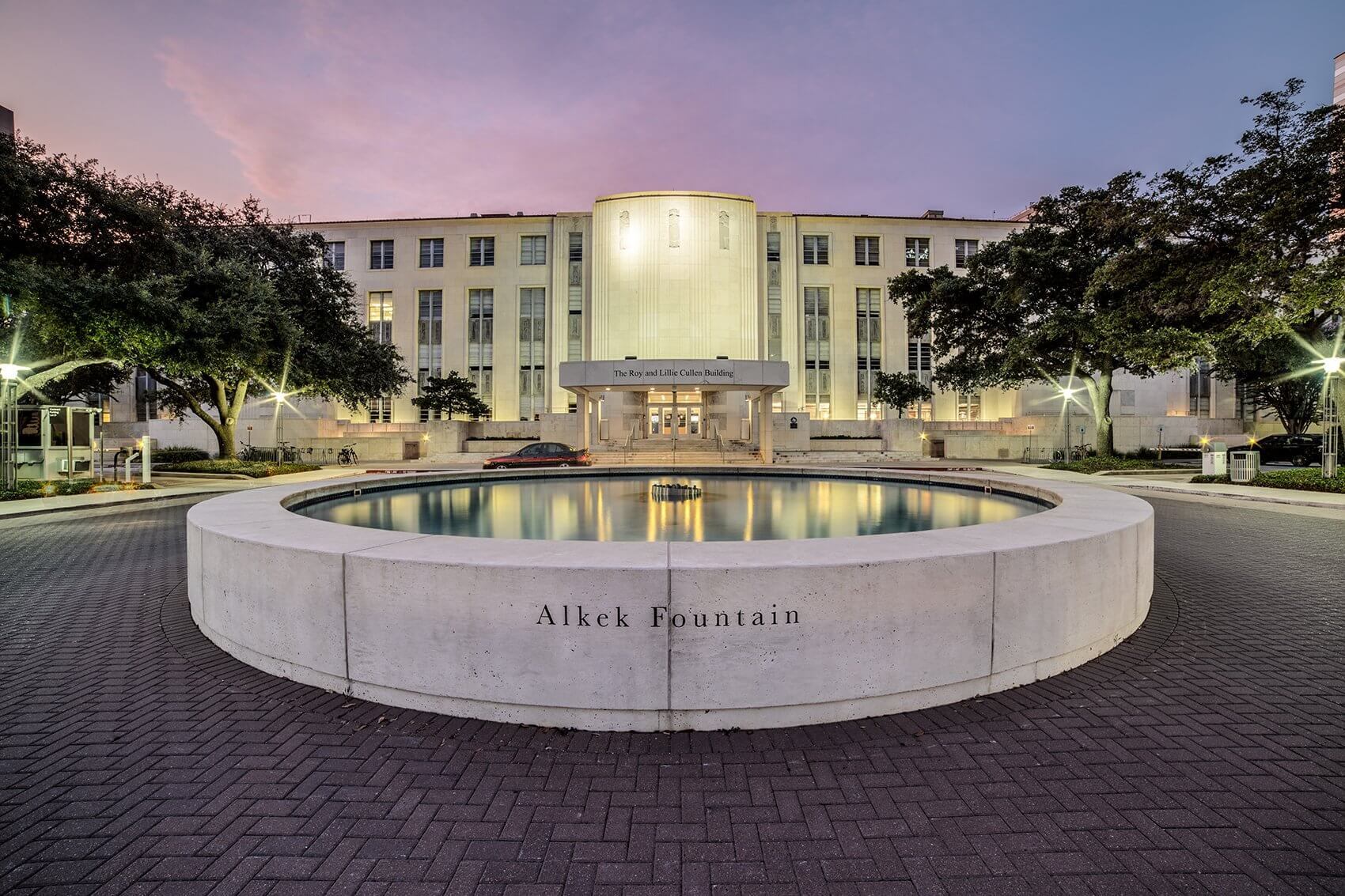 The National Cancer Institute has awarded the Dan L. Duncan Cancer Center at Baylor College of Medicine the prestigious designation of a Comprehensive Cancer Center.

The comprehensive status designation moves the Duncan Cancer Center into an elite class of 45 centers from around the country whose programs demonstrate significant depth and breadth in basic, clinical and translational research, research into cancers most affecting their communities, clinical care, outreach and education activities, as well as cancer epidemiology and prevention programs.

“The National Cancer Institute designation is an important recognition of the quality of the programs that make up the Duncan Cancer Center, and of the work done by its physicians, scientists and staff,” said Dr. Paul E. Klotman, Baylor president, CEO and executive dean. “The strength of Baylor’s cancer program always has been in the highest caliber research and the most compassionate patient care. This designation underscores that work.”

“Since the cancer center’s inception in 2006, we have always been focused on achieving comprehensive status,” said Dr. Kent Osborne, director of the Duncan Cancer Center. “This means you meet the highest standards set forth by the National Cancer Institute. Each cancer center undergoes a rigorous review process to achieve the highly-coveted comprehensive designation.”

Over the last five years, the Center exhibited growth in key areas that differentiate NCI-designated comprehensive cancer centers from others: a high level of research funding, strong basic, translational and clinical research, outstanding cancer epidemiology and prevention research, service to the community, clinical trials participation including underserved patients, new clinical programs and faculty recruitment, and leadership in cancer education. In addition, comprehensive centers must show contributions to helping the cancer fight in the communities they serve.

“Our research has increased dramatically, at a time when federal funding for research has declined markedly,” said Osborne. “Research funding since the initial NCI-designation in 2007 has grown from approximately $99 million to $152 million annually. “This is an impressive statistic given that many cancer centers have seen significant cutbacks in research funding.”

The Duncan Cancer Center, along with the other NCI-designated cancer centers in Texas, have received important funding support during this federal shortfall from the Cancer Prevention and Research Institute of Texas. The agency began awarding cancer grants in 2010.

In translational research, discoveries in the lab are efficiently moved to the clinical setting to improve the life or survival of patients. Osborne specifically pointed out new findings in cell and gene therapy, breast and pediatric cancers that have been made available to patients.

In 2011, the Cancer Center recruited Dr. Melissa Bondy, a renowned expert in the field of epidemiology. Bondy, a McNair Scholar, together with Dr. Hashem El-Serag, professor of medicine – gastroenterology at Baylor, lead the Cancer Prevention and Population Sciences Program.

The program has made significant contributions to molecular and genetic epidemiology and behavioral research in addiction and tobacco cessation, obesity, brain, breast, liver and esophageal cancers (the latter two being the most rapidly increasing cancers in Texas).

“Our affiliated hospitals are critical and key to our research and clinical care programs,” said Osborne. “They each involve a different patient population, allowing us to cover all segments of our community, which is a huge advantage for us.”

Comprehensive cancer centers must serve the people in their geographic location. Seventy percent of the patients seen in the Duncan Cancer Center affiliates come from Harris County.

Through the Harris Health System’s Ben Taub Hospital and Smith Clinic, Baylor takes care of a majority of Houston’s underserved population. The Michael E. DeBakey Veterans Administration Medical Center is the largest in the country and enables Baylor to offer research and expertise to veterans from all over the nation.

The Texas Children’s Cancer Center, one of the largest children’s cancer center in the country, is a very important component and serves 50 percent of all pediatric cancer patients in Texas and 90 percent from the Houston region. Its research program received the highest possible “exceptional” rating on the recent NCI evaluation.

”The NCI designation of comprehensive status confirms the excellence of the research—both in the lab and the clinic—being conducted in our center and importantly highlights the relevance of our research to the types of cancer most prevalent in our community”, said Dr. David Poplack, director of the Texas Children’s Cancer Center and deputy director of the Duncan Cancer Center.

“There are many new exciting adventures ahead as we plan for our new hospital and facilities at Baylor St. Luke’s, as well as design and build our new outpatient cancer center clinical space on the McNair campus to provide our patients with new state-of-the-art facilities for their care,” Osborne said.

Conducting research that serves a center’s area of service also is important.

“We have carefully defined the cancer types most affecting this population and look at better ways to prevent and treat them,” said Osborne.

He used the example of liver cancer, one of the types of cancer in which the number of cases is rapidly rising, for which we have an extensive research program. “Liver cancer is particularly common in South Texas and the reason is obesity, which is now known to cause fatty liver, cirrhosis and cancer,” said Osborne.

Of particular importance is participation in clinical trials, especially in the underserved population. In 2014, the Duncan Cancer Center ran a total of 285 clinical trials, 150 of those testing new treatments.

The Center showed a particular strength in minority recruitment, 30 – 40 percent of our clinical trial patients are Latinos and 20 percent African Americans.

“Recruiting to clinical research can be very challenging, but it is so important to study how these treatments affect different ethnic and racial groups,” said Osborne.

Since 2010, the Center has recruited several experts to establish new programs in important areas.

A few of those recruits include Dr. David Sugarbaker, a world’s expert in lung cancer and mesothelioma, Dr. Steven Curley, an expert in liver and pancreas cancer, Dr. Matthew Ellis, an expert in breast cancer, and Dr. Andrew Sikora, an expert in head and neck cancer among several others.

The addition of a new Comprehensive Cancer Center in Houston strengthens the city’s resources for fighting the disease.

“Texas is the second largest state in the U.S. yet we have very few NCI designated cancer centers compared to other states,” said Osborne. “California has 10, 7 of which are comprehensive, and four of those in the Los Angeles area. Philadelphia, Chicago and San Diego have several as well. There is room for one more Comprehensive Cancer Center in the 4th largest city in the country and it facilitates collaborations.”

Osborne noted the grants that come along with this designation offer more opportunity for collaborations, adding to those already in place with MD Anderson, Rice University, the University of Houston and other local institutions.

“NCI cancer center grants provide funding for shared resources that offer accessibility to expensive laboratory equipment and expertise no one researcher could afford in their own lab,” said Osborne.

Baylor and MD Anderson have an agreement to enable use of each other’s shared resources which avoids duplication and reduces expenses.

“Comprehensive cancer centers are expected to play a major role in the cancer education programs for medical students, graduate students, and most importantly post-doctoral fellows who have decided to specialize in cancer,” said Osborne. “We are training the next generation of physicians and scientists, so education is well integrated into our research program.”

The Cancer Center’s education committee, led by Drs. Suzanne Fuqua and Susan Marriott, coordinates many aspects of cancer education across Baylor. There are currently 12 cancer relevant T-32 training awards funded at Baylor, and 12 competitive training programs have been established with an outstanding record of training minorities.

Support of the Duncan Family

The development of the Duncan Cancer Center was possible because of the support of the late oilman Dan Duncan and his family. In 2006, Duncan donated $100 million to establish the center.

“We really owe them a great deal for the success we have had,” said Osborne. “There wouldn’t be a cancer center without them, much less a strong one. Our patients receive the best research and treatment thanks in a large part to their generosity, and the cutting edge research from our center will help patients everywhere.”

“My father believed in the ability of Baylor College of Medicine and its doctors to engage in collaborations.  Their success has and will make a real difference in the fight against cancer,” said Randa Duncan Williams, daughter of Dan L Duncan. “Everyone should be proud to see how much has been accomplished in the past nine years.”