Solving for the Future

Solving for the Future 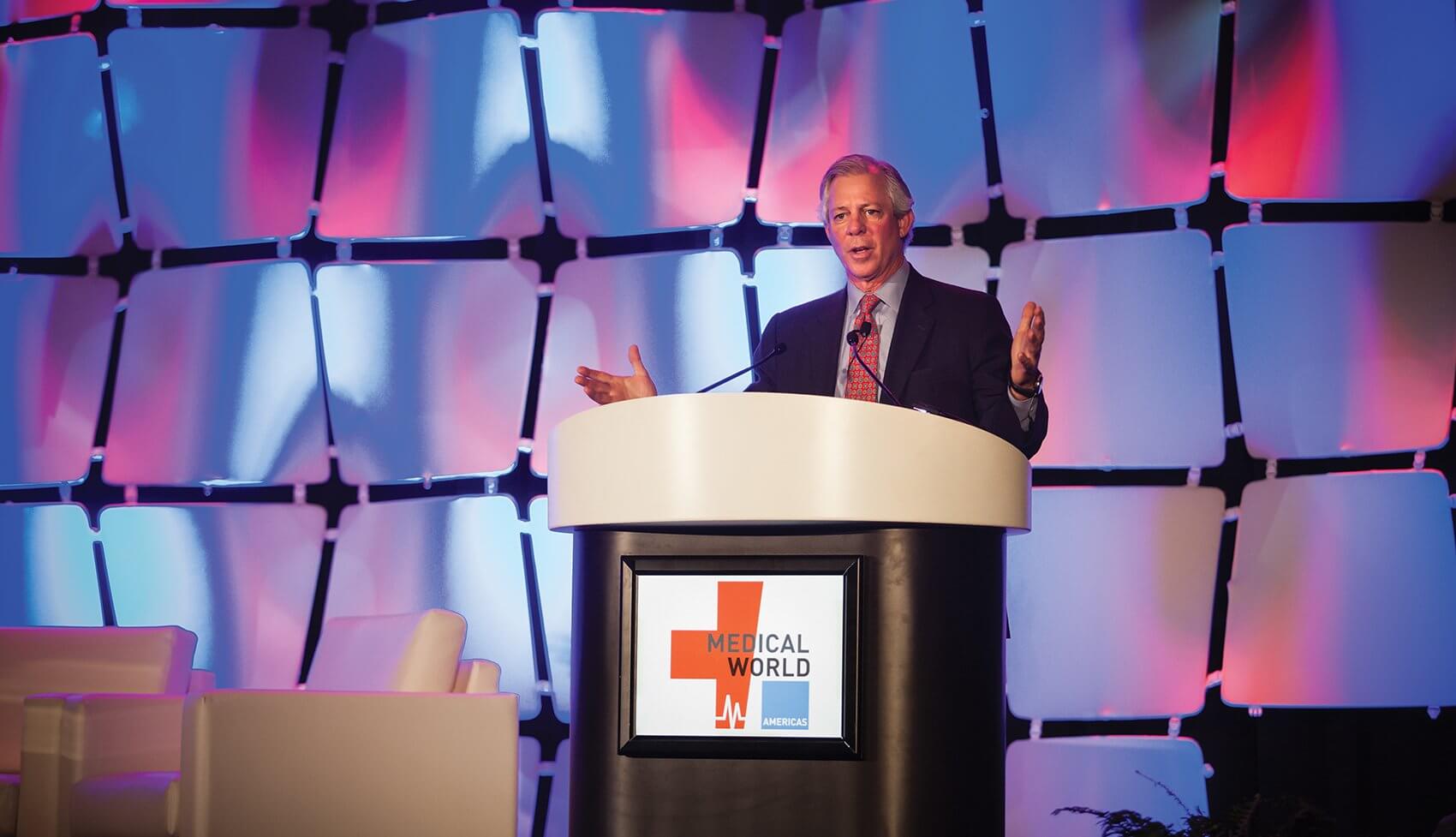 “For each question, we wanted to know the effect of income, age, gender, race, whether you’re insured or not, have a chronic disease or not, rural and urban,” said Garson, who had the audience answer each question before he shared the results the survey found.

Among the results Garson discussed, 83 percent of those surveyed said having health insurance was “very important” or “absolutely essential.” Fifty-nine percent thought those who make poor health choices, such as smoking, should have to pay more for insurance, but opinions were nearly evenly split on whether foods that lead to obesity, like sodas, should be more expensive. Fifty-two percent were willing to give up fast food to afford insurance, but only 12 percent were willing to give up their cell phone.

The panel covered a number of challenges facing the health care industry—including lack of access to quality care—as well as some of the findings of the Consumer Health Report. All expressed disappointment, but not necessarily surprise, that not one of the people polled in the report said they felt quality was the most important aspect of health care.

“How do we explain to a lay individual what true quality is?” said Wolterman. “That’s a lot of education. I think we have to be much more transparent in our industry.”

The CEOs also discussed how innovation and new technologies will shape the future of the health care industry and affect cost. Thus far, Boom said, “one of the biggest challenges” regarding technology and health care is that innovation has not necessarily been having the most desired effect on the bottom line.

Wolterman suggested one strategy for delivering more efficient care at a lower cost would be to find ways to get ahead of the curve rather than waiting to care for people once they’re sick.

“We need to shift a little bit away from ‘How do we cure people?’ to ‘How do we keep them healthy and well?”’ he said.

“We noticed that folks stayed longer this year. We think that’s a testament to not just the content but also the interactive things we had on the expo floor.” — Michael Heckman, Senior Vice President of Partnerships and Event Development for the Greater Houston Convention and Visitors Bureau

Other highlights of the plenary sessions held each of the three days included a discussion of data-driven health care and how to use big data to improve care and efficiency and reduce cost, and a panel on “The Realities and Risks of Worldwide Pandemics” led by Brett Giroir, M.D., executive vice president and CEO of Texas A&M Health Science Center and head of the governor-appointed Texas Task Force on Infectious Disease Preparedness and Response.

In addition to the plenary sessions, the event featured smaller discussions focused on specific topics like cancer, stroke, health policy and diabetes; an expo floor featuring over 50 exhibitors; and ancillary and co-located events held by organizations such as the American College of Healthcare Executives Southeast Texas Chapter and the Healthcare Design Academy.

The Texas Medical Center produced multiple events, including a poster session during which a panel of judges, with help from the audience, selected first, second and third place cash prize winners. First place winner, Antentor Othrell Hinton Jr., a graduate student and research assistant at Baylor College of Medicine, was awarded $1,000 for his presentation: “Estrogen responsive neurons in the medial amygdala prevent stress-induced hypertension.”

Second place and $500 was awarded to Mandar Karhade for his project “circulating melanoma cells predicts recurrence in stage IV in melanoma patients,” and the $250 third place was given to June Cao for his project: “Pharmacological hypothermia by TRPV1 agonism improves the long- term neurofunction and reduces thalamic neuron degeneration in ischemic stroke.”

“We were thrilled to have many talented presenters participate in the poster session and to provide a platform for future leaders in health care to share their work,” said Robbins of the poster presentations.

A highlight of the conference was the TMCx pitch session, during which 20 companies enrolled in the TMCx accelerator program were each given three minutes to pitch their business propositions to the audience and a panel of judges.

“You will be voting on the People’s Award,” McKeon said to the audience, “which will select the favorite company for $500 and third place.” The panel of judges chose first and second place winners.

“We saw substantial progress over our inaugural year,” said Michael Heckman, senior vice president of partnerships and event development at GHCVB. “We wanted to do a better job of delivering on what we think is the unique value proposition of Medical World Americas, which is cross-disciplinary networking, from CEOs and hospital administrators to clinicians, researchers and students.”

This year, 2,319 people registered for the conference—a 15 percent increase over last year. Even beyond the quantitative growth, Heckman said he and the event organizers received positive feedback regarding the flow of the event, the speakers and the content of the sessions.

“We noticed that folks stayed longer this year,” he said. “We think that’s a testament to not just the content but also the interactive things we had on the expo floor.”

The fact that Messe Dusseldorf chose Houston as the site of Medical World Americas is a testament to what the city has to offer in terms of playing host to major conferences, particularly related to medicine and health care. Heckman said he hopes this conference will open the door to more medical conferences in Houston.

“They could have chosen any city in the United States to locate their version of MEDICA here in North America,” said Heckman. “They chose Houston.”

Medical World Americas organizers have already identified multiple goals for the annual event, he added. One is to enhance and increase the number of ancillary and co-located events. Towards that end, he noted they are in talks with an international event that is considering partnering with the 2017 conference.

“We also want to get to the point where there are new products that are highlighted on the expo floor,” said Heckman. “For example, a company that has cutting-edge technology or a new product they want to announce at Medical World Americas. If we can raise the stature and the brand, if we can highlight Houston and the Texas Medical Center, and become a PR machine at the same time, we’d consider that a success.”