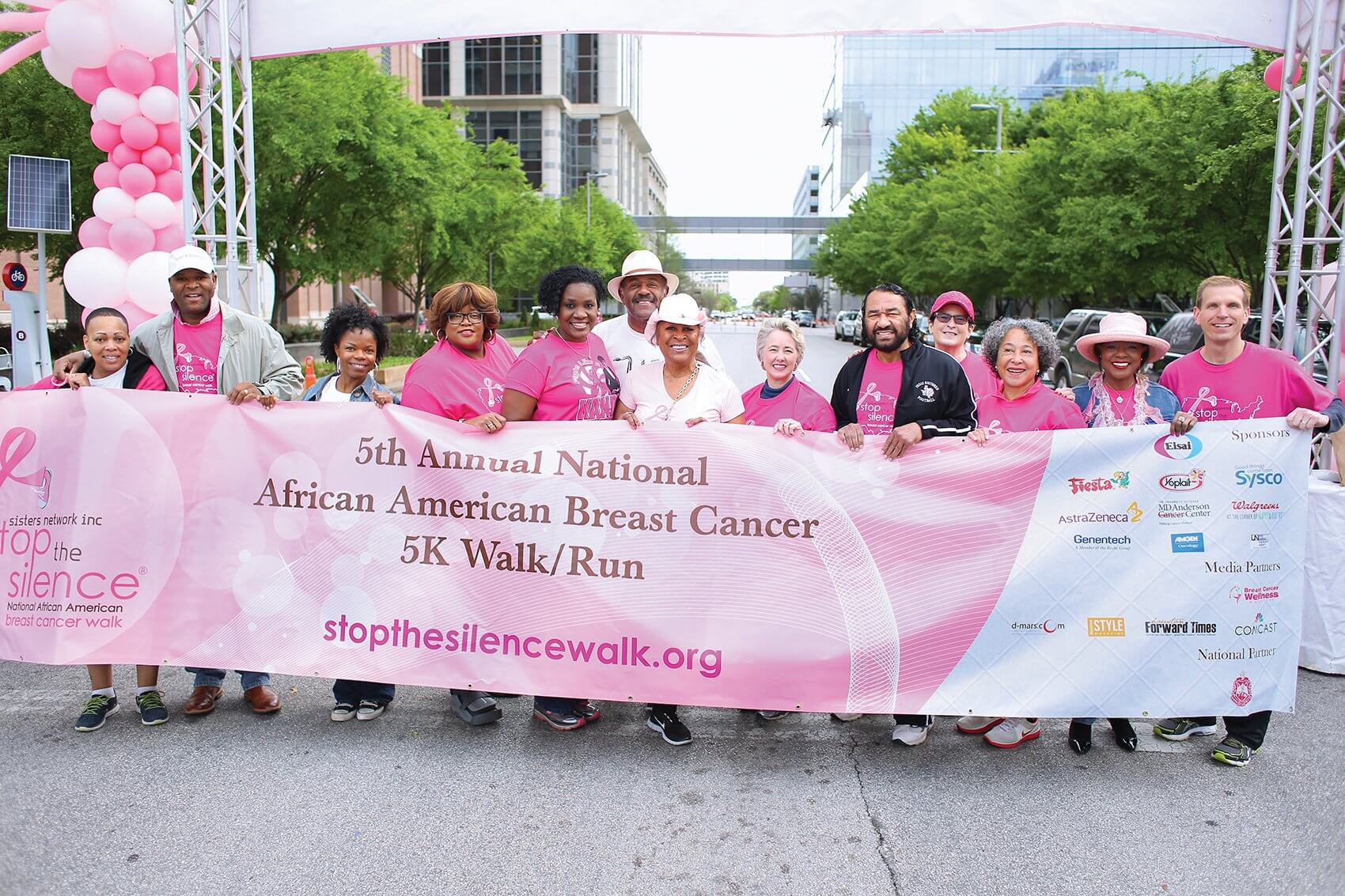 Karen Eubanks Jackson was 50 years old when she was diagnosed with breast cancer. Although it was undetectable on her routine mammogram, Jackson had insisted her doctor perform an ultrasound, citing family history and recent literature she’d come across. It was 1993 and ultrasound technology was not widely used as a diagnostic tool at the time, but Jackson would not take no for an answer.

“It just so happens that I was persistent—I won’t say how persistent, but the doctor finally gave me an ultrasound,” she recalled. “Lo and behold I had breast cancer—and it had been there for years.”

“Knowledge truly is power,” she said. “I think of all of the women who don’t even know the questions to ask. That’s a scary thing.”

While Jackson battled her cancer amid hospital visits and painful treatments, she learned just how widespread the problem was. Recognizing an absence of educational materials and support services geared toward African-American women especially, Jackson set out to create an organization she would have liked to join—one that would be nationally focused, distinguished by broad access to knowledge and services as well as sisterhood and, ultimately, survival.

In the 20-plus years since Jackson founded Sisters Network Inc., the nation’s only African-American breast cancer survivorship organization has grown exponentially, with over 40 survivor-run affiliate chapters serving thousands of members nationwide. Headquartered in Houston, the organization  has extensive ties to the Texas Medical Center, with many prominent oncologists, radiologists and other cancer experts serving on the board or as medical advisors.

Through their various outreach programs and initiatives, Sisters Network helps African-American women gain access to comprehensive medical care and social support while also raising awareness of the staggering prevalence of breast cancer in the community.

In April the organization hosted their 6th annual Stop the Silence walk at Discovery Green Park. Breast cancer survivors and supporters from across the U.S. came to Houston to participate in the only national breast cancer walk/run for African-American women to raise money for the organization’s Breast Cancer Assistance Program (BCAP), which helps women facing financial challenges gain access to much-needed services.

“The BCAP program helps cover a mammogram and ultrasound for women who can’t afford them, because we know that early detection saves lives, and we also know that just getting a mammogram is not enough,” Jackson explained. “We promote the ultrasound as part of the yearly checkup because it is not done by everyone and we want women to know to ask for it—you want to have 100 percent information if you are at risk for breast cancer, not 85.”

“We’re not always successful in providing for each individual, but we are always making an effort to align ourselves with what’s best for the patient,” said Jackson. “There was one instance here in Houston a few years ago where a young lady who didn’t have any insurance needed a bone marrow transplant. I ended up going on the radio and just sent out a plea to help her, and some anonymous donor paid for the entire procedure at MD Anderson. We never found out who it was.”

Inspired by stories like these, Jackson’s mission remains vibrant, reaching more cities, age groups and walks of life than ever before.

One of their newest projects, called Teens 4 Pink, trains teen girls to become breast health “Pink Ambassadors.” The program educates girls ages 12 to 16 about the importance of early detection and the resources and support services available in their communities to assist their family members. The goal is that these young ambassadors will “break the silence” about the disease and begin conversations that could lead to increased screening, early diagnosis and a better chance at survival.

“It’s phenomenal,” said Jackson. “The teen Pink Ambassadors are so receptive to learning and they are impacting their families. What better way for a mother, an aunt or a grandmother to hear about breast health than to have their teen ask them, ‘Have you had your mammogram this year? Do you do breast self-exams? Here’s information about an organization that provides free services and mammograms.’ That is power that evokes change.”