An honorary degree 38 years in the making

An honorary degree 38 years in the making 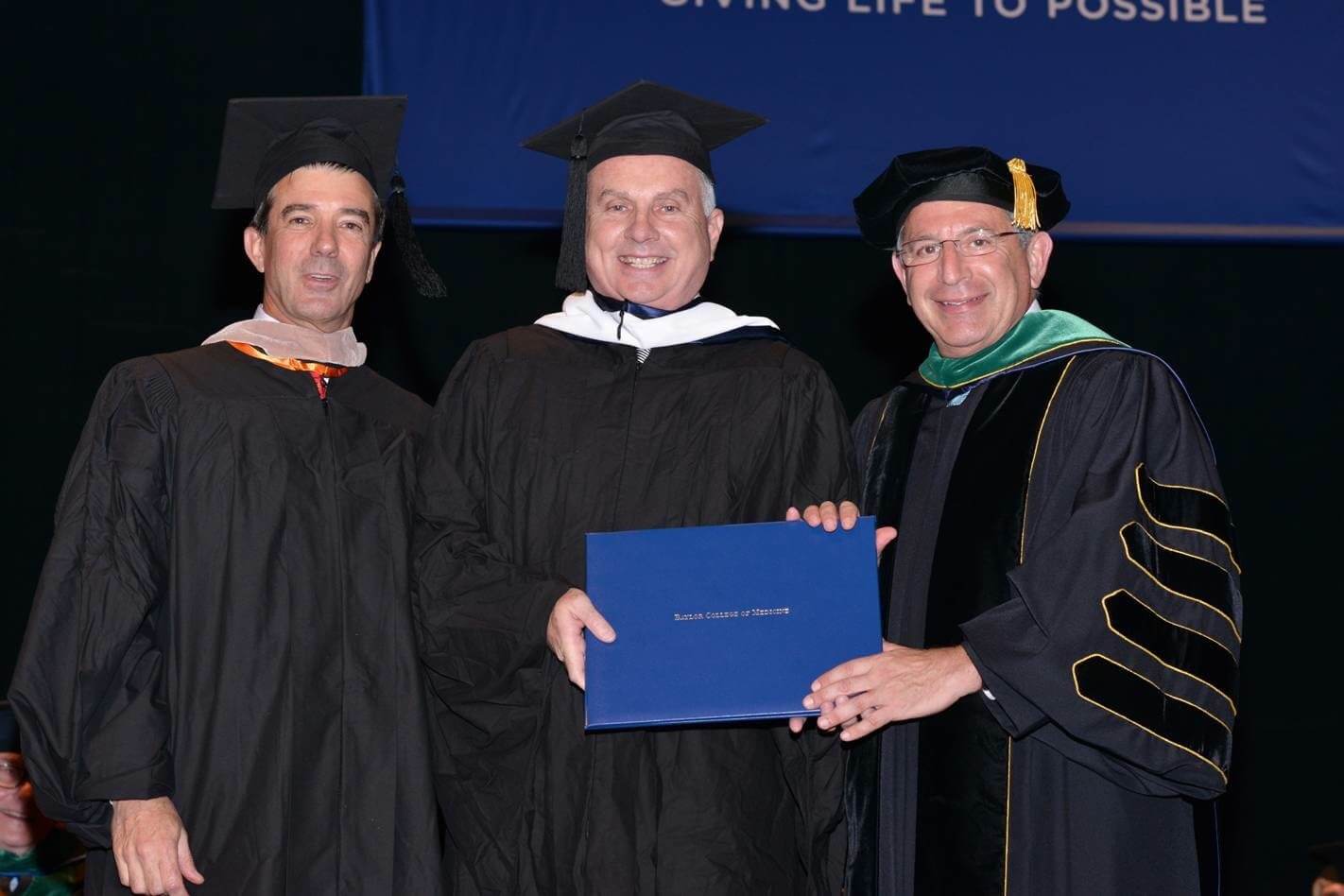 This is a very special time of year for students and their families. It’s the month that graduates – from curious kindergartners to bright doctoral and medical students – walk across the stage to receive their hard-earned diplomas.

Mark A. Wallace, president and CEO of Texas Children’s Hospital, recently had the honor of participating in the commencement ceremony at Baylor College of Medicine, as he has on more than 20 other occasions.

“Watching the medical and doctoral students receive their diplomas, I am always excited to think about how they will advance medicine to unknown heights in just a few short years, some even at Texas Children’s,” Wallace says. “This year’s ceremony was especially moving for me since I was bestowed a very special recognition, an honorary degree – the Doctor of Humanities in Medicine.”

As he received the honorary doctorate and shook the hand of Dr. Paul Klotman, Baylor’s president and CEO, Wallace reflected on how his relationship with Baylor began. In 1977 when he joined Houston Methodist, Dr. Michael E. DeBakey was Baylor’s president and was regarded as the number one cardiovascular surgeon in the world. Wallace remembers how aspirational DeBakey was about making Baylor a great medical school.

Wallace learned a great deal from DeBakey about the importance of teaching hospitals. He began to understand that what contributes to the success of great academic centers of excellence – teaching hospitals like Johns Hopkins, Mass General or Boston Children’s, for example – is their affiliation with a medical school which attracts the best minds and the brightest individuals. “Our partnership with Baylor allows us to also benefit from the brightest minds who bring their passion and commitment to Texas Children’s,” Wallace adds.

Wallace carried that knowledge and Dr. DeBakey’s wisdom with him to Texas Children’s, which has been affiliated with Baylor since its inception more than 60 years ago. This culture of commitment to excellence, as part of the academic partnership, is essential to Texas Children’s goal of preeminence as one of the best pediatric and women’s health centers in the nation.

“I would be remiss if I didn’t acknowledge the tremendous work and dedication of everyone associated with Texas Children’s – the Board, executive and physician leaders, our extraordinary employees and everyone else who is somehow involved in our commitment to patient care, education and research,” says Wallace. “It is their dedication that allowed me to celebrate that very special moment.”