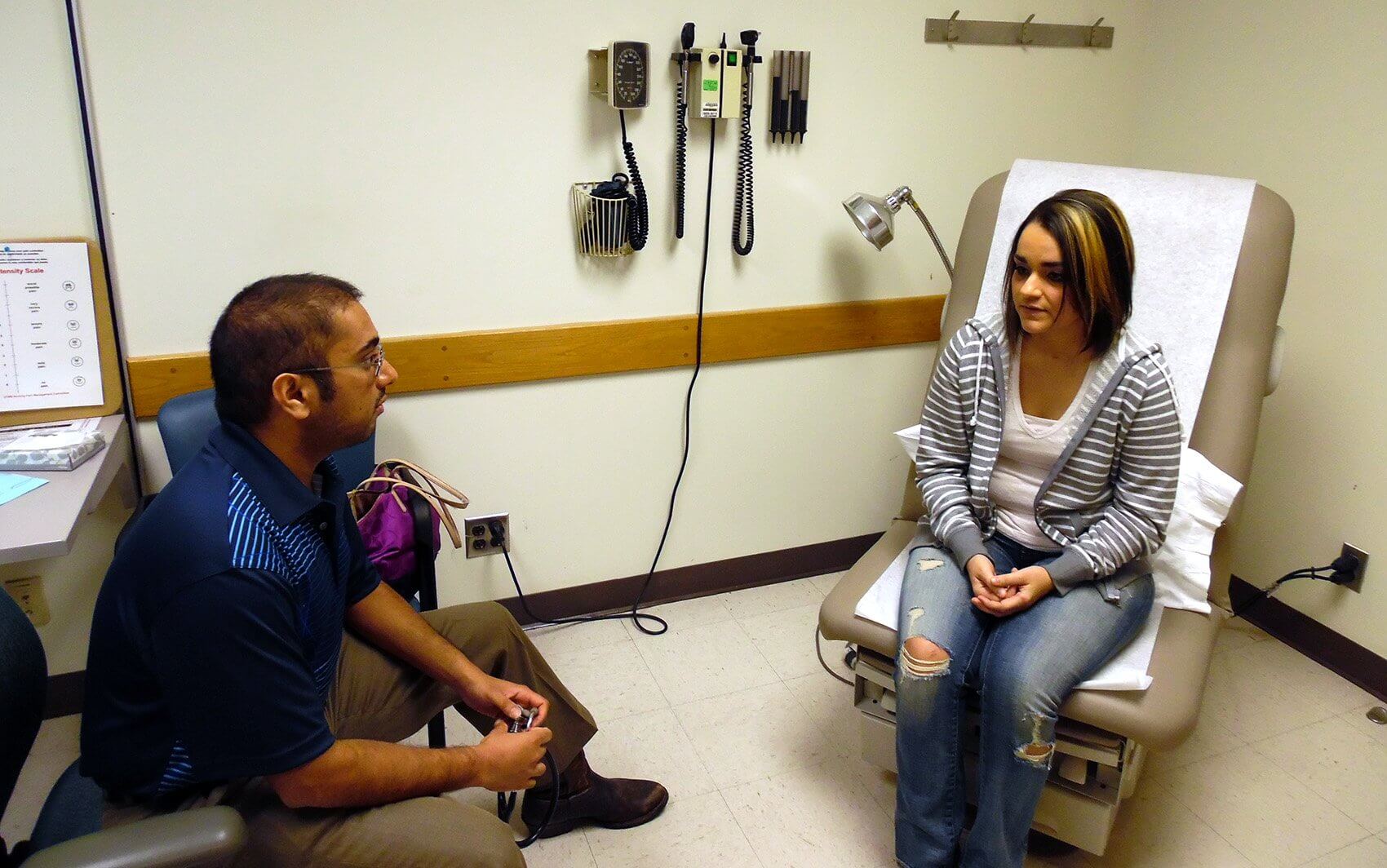 Oyster Creek resident Esmeralda Lopez says it all happened very quickly. She began to feel ill and ended up sick and delusional with a very high fever. She visited a local health care facility where she was examined and released with medications.

Two days later and feeling no better, she went to the University of Texas Medical Branch’s Angleton-Danbury campus in Brazoria County. UTMB doctors immediately recognized that the young mother’s condition was serious and transferred her to UTMB’s intensive care unit in Galveston.

Once in Galveston, Lopez was intubated to assist her breathing, and she learned from doctors that she had seasonal influenza Type B and had acquired viral pneumonia with a secondary bacterial infection as a complication. Even worse, the pneumonia had resulted in the development of a hole in one of her lungs.

“Usually we are caring for persons with lung cancer or other lung diseases such as COPD, but this case was different,” said Nishi. “We had a healthy 30 year-old who had just experienced some bad luck.”

Nishi recommended that a relatively new medical device, known as an endobronchial valve, be used to heal the hole in Lopez’s lung. These devices are small, one-way valves that are implanted in an airway of the lung. The valve is typically implanted so that when a patient exhales, air is able to flow through the valve and out of the lung compartment that is fed by the airway, but when the patient inhales, the valve closes and blocks air from entering.

However, there was one complication, the valves have only been approved by the Food and Drug Administration under a program that allows humanitarian use of devices. The Humanitarian Device Exemption program supports the development of medical devices intended to benefit patients in the treatment of diseases or conditions affecting fewer than 4,000 people in the United States each year.

In order for Nishi to use one of the valves to help Lopez, she needed approval from UTMB’s Institutional Review Board and the FDA. The IRB is a committee established to review and approve biomedical or socio-behavioral research involving humans.

“It was scary to know so many approvals were needed, but when considering that without the procedure I was being told one-third of my lung would need to be removed, the procedure seemed like the best option,” said Lopez.

Once approvals were secured, doctors used a flexible tube with a camera on the end to guide the small, umbrella-shaped valve inside the airways of Lopez’s lung. While the approval process to use the valve took some time, the actual procedure to implant the valve took only minutes.

According to Lopez’s mother, Celia Lopez, “we saw improvement quickly, almost immediately. It was like day and night after the procedure.”

When speaking of her UTMB medical team Lopez says, “I cried to them, but I saw in it Dr. Nishi’s eyes that she wanted to save my life. The whole team worked so hard to keep me alive. You can tell UTMB doctors love what they do and want to save lives.”

The placement of the valve allowed her lungs to fully heal. Lopez returned to UTMB late April to have the valve removed.

“My whole perspective of life has changed,” she said. “I am thankful for life.”