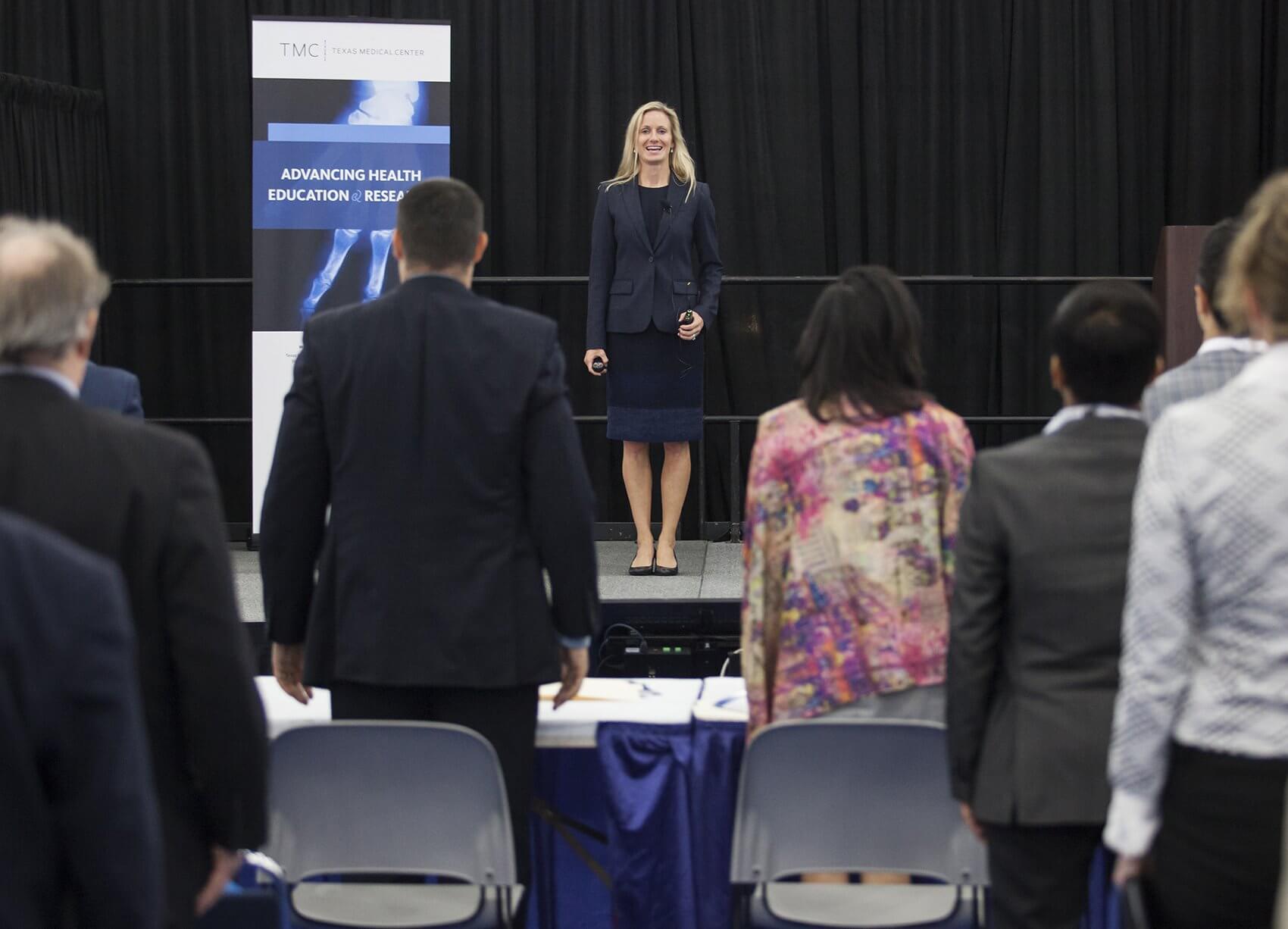 The setting is strikingly familiar. One stage. Seconds dwindling away on a three-minute digital timer. An audience composed of members of the medical community, potential investors and fellow entrepreneurs. A panel of judges. While it may not have been their first rodeo, 20 TMCx companies confidently pitched their innovative medical devices and digital technology solutions at Medical World Americas on Wednesday, April 29, at the George R. Brown Convention Center. In addition to another opportunity at sculpting their message and their mission, there was a little extra push as they competed for the top prize of $2,000.

“We’ve got some outstanding companies for all of you to see,” announced William F. McKeon, executive vice president and chief strategy and operating officer of the Texas Medical Center. “We have a distinguished panel of judges here, but there’s going to be a little twist today—audience participation is mandatory, and you’ll all be voting on a special people’s choice award by selecting your favorite company.”

Adient Medical, a company developing absorbable vascular filters for the prevention of pulmonary embolism, was awarded the first place prize. Gauss Surgical, the brains behind a real-time monitor for surgical blood loss, and Redox, a company striving to make it easier to integrate with electronic medical records, tied for second place and were awarded $1,000 each. iShoe, a balance diagnostics company, received $500 after being selected as the audience favorite for the event.

“Most of my background is in medical technology, and I think that’s a great area to really be leveraging the patient population here,” reflected Richardson after the presentations. “From that standpoint, the future of innovation has everything to do with access to patients, both in terms of driving unmet clinical needs and clinical data.”

“I think we’ve taken a major step by bringing in all of the major resources at TMCx here—that was the key ingredient that was missing,” added Soleimani. “Now, we have a playground to play around in. When I came here from the Bay Area a few years ago, I quickly realized that there are so many great, inventive minds that have incredible ideas, but they often don’t know how to take them to the next level. We are obviously changing that.”