The history and legacy of the M.D. Anderson Foundation

The history and legacy of the M.D. Anderson Foundation 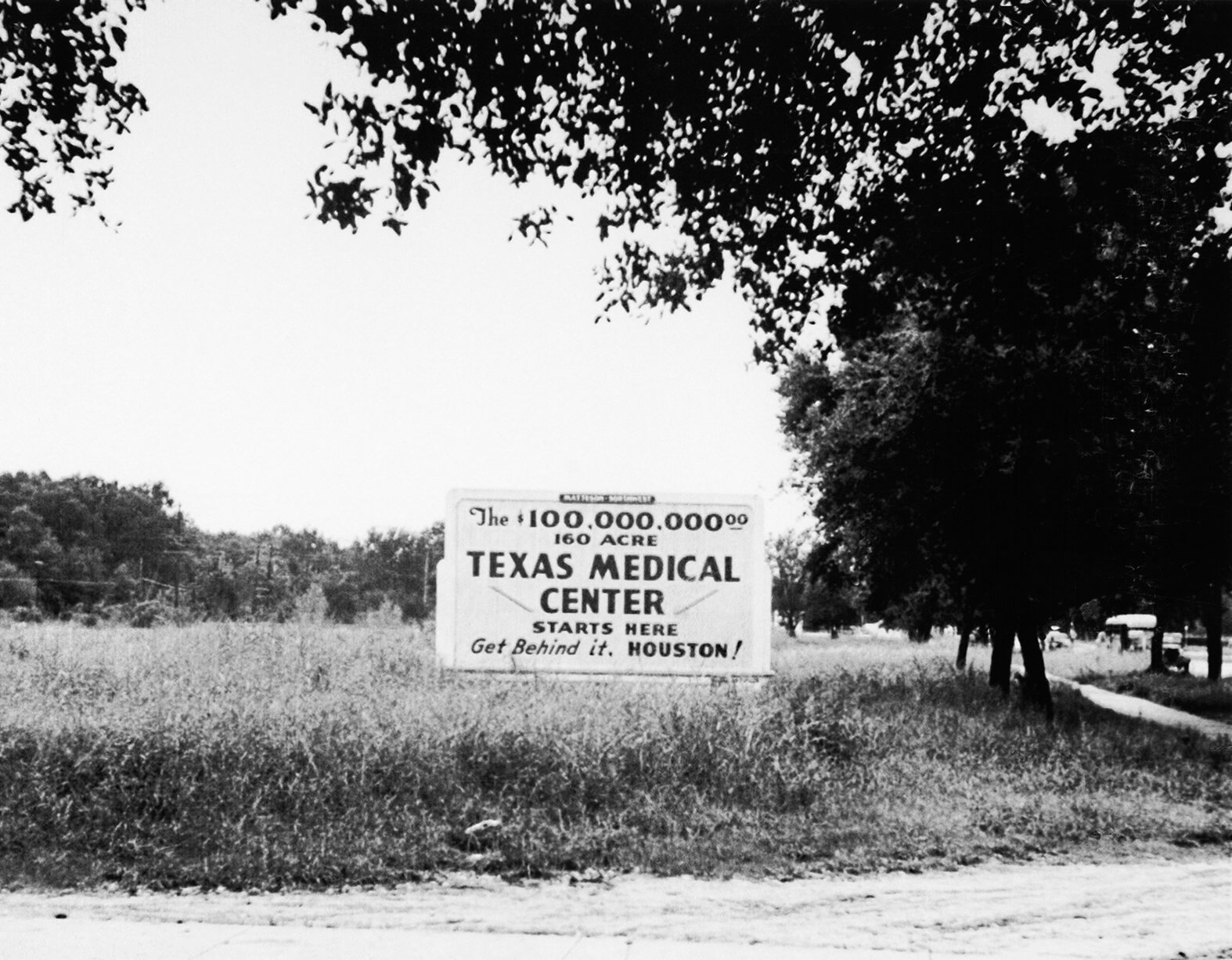 Anderson, Bertner, Bates, Freeman—the names are all familiar in the Texas Medical Center, seen throughout the campus on street signs and buildings. But not even all who work in the 56 member institutions of the medical center know the histories of the men who bore these names. On Tuesday, May 5, historian William H. Kellar, Ph.D., took the floor at the Julia Ideson Building of the Houston Public Library to shed light on the founding of the Texas Medical Center and the people responsible.

Following an hour-long reception, Kellar, president of W.H. Kellar Consulting and author of Enduring Legacy: The M.D. Anderson Foundation and the Texas Medical Center, spoke at a meeting of the Houston Public Library’s Friends of the Texas Room, a nonprofit that supports the Texas and Local History Collections and Special Collections at the library’s Metropolitan Research Center. Members of M.D. Anderson’s family were present at the lecture.

Kellar began by noting a number of key steps the M.D. Anderson Foundation took to turn the Texas Medical Center into all it is today, including supporting a cancer hospital to be located in Houston, encouraging Baylor College of Medicine to relocate to Houston, purchasing 134 acres of land adjacent to Hermann Hospital, and creating the Texas Medical Center Corporation in 1945.

In terms of the people who contributed, “we have two sets of brothers who were the key people in terms of creating MD Anderson,” said Kellar. “The Anderson brothers, Frank and Monroe Anderson, and William Clayton and Benjamin Clayton.” The two families were related by marriage—Frank Anderson was husband of the Claytons’ sister. The four men each contributed $3,000 to found Anderson, Clayton and Company in 1904 to buy and sell cotton.

“Each one of them brings a different but complementary skill set that’s going to make this, ultimately, the largest cotton trading firm in the world,” said Kellar.

Will Clayton was skilled in marketing, with connections in Europe. Ben Clayton understood every step of the cotton selling process, including a deep knowledge of the railway system to aid in transport. Frank Anderson was an expert in cotton itself, and Monroe Anderson was the financial authority. By the 1930s, the company had grown from the initial $12,000 investment to a $100 million enterprise.

In 1907, Monroe Anderson moved to Houston, where they eventually relocated all operations of the company. There he met and became close friends with lawyers John H. Freeman and William B. Bates.

Meanwhile, on the medical side, Dr. Ernst William Bertner moved to Houston in 1913. Bertner, who was born in Texas, had been practicing medicine in New York City. One of his patients was Texas businessman Jesse H. Jones, who offered Bertner a position as the house doctor at the Rice Hotel in Houston. At the Rice Hotel, Bertner lived on the same floor as John Freeman.

Eventually, through his association with Freeman “he became the unofficial medical consultant to the trustees of the M.D. Anderson Foundation as they began to sort through the process of creating this medical center,” said Kellar.

By 1936, as M.D. Anderson’s health was failing, he began to contemplate what would become of the fortune he had created.

“He became concerned about what would happen should he meet his end,” said Kellar. “He, Freeman and Bates, his friends and trusted attorneys, sat down to do some estate planning.”

“Monroe Anderson was a very kind and generous man,” said Kellar. “He believed, in terms of charity, in extending a helping hand to people who were in need, who were trying to make it.”

Before Anderson’s death, he and the other trustees would meet “almost daily” to discuss what should be done with the funds belonging to the foundation. After his death in 1939, $19 million of his estate went to the foundation.

In 1941, the state passed legislation to create a cancer hospital somewhere in the state. Cities all across Texas made bids to be the location. The M.D. Anderson Foundation offered to match the state’s fund of $500,000, provide 20 acres of land for a future hospital, and promised to help fund a temporary location for the hospital. The legislature selected Houston and chose Bertner as acting director.

“If anybody deserves to be called the father of the Texas Medical Center, it’s probably Dr. Ernst William Bertner,” said Kellar.

The hospital operated for 10 years out of a temporary location, and in 1954, The MD Anderson Hospital for Cancer Research at The University of Texas opened in MD Anderson’s current location, named for M.D. Anderson as a condition of the foundation’s offer.

After the legislature selected Houston as the location of the cancer institute, the M.D. Anderson Foundation began to further explore the idea of establishing a larger medical center in Houston. The foundation purchased 134 acres of land with Houston voter approval. In 1943, Baylor College of Medicine moved to Houston, and in 1945, the Texas Medical Center was established.

The foundation, “wanted to create a medical center where the institutions could join it and be autonomous,” Kellar said. Bertner was named as the first president of the Texas Medical Center, and “for the next four years, Bertner was a tireless advocate for this medical center.” He passed away from cancer in 1950, but not before offering to test experimental treatments in his last days—a tireless cancer fighter to the very end.

While discussing the end of Bertner’s life, Kellar paused to share a unique bit of trivia about the man who helped build the Texas Medical Center.

“The last baby he delivered was one Denton A. Cooley,” said Kellar, referring to the legendary founder of the Texas Heart Institute. “Isn’t that cool?”

Today, the Texas Medical Center has grown beyond the dreams of any of the men responsible for its creation to become the largest medical center in the world.

“That original 134 acres is now 1,300 acres,” said Kellar. “In the first 75 years, the M.D. Anderson Foundation gave away $276 million in grants, $81 million to the medical center’s institutions, $63 million to other educational institutions…beneficiaries large and small have benefited from this ongoing legacy. And the important thing to remember is the trustees of this foundation over the years have been true to the charge Monroe Anderson gave them.”