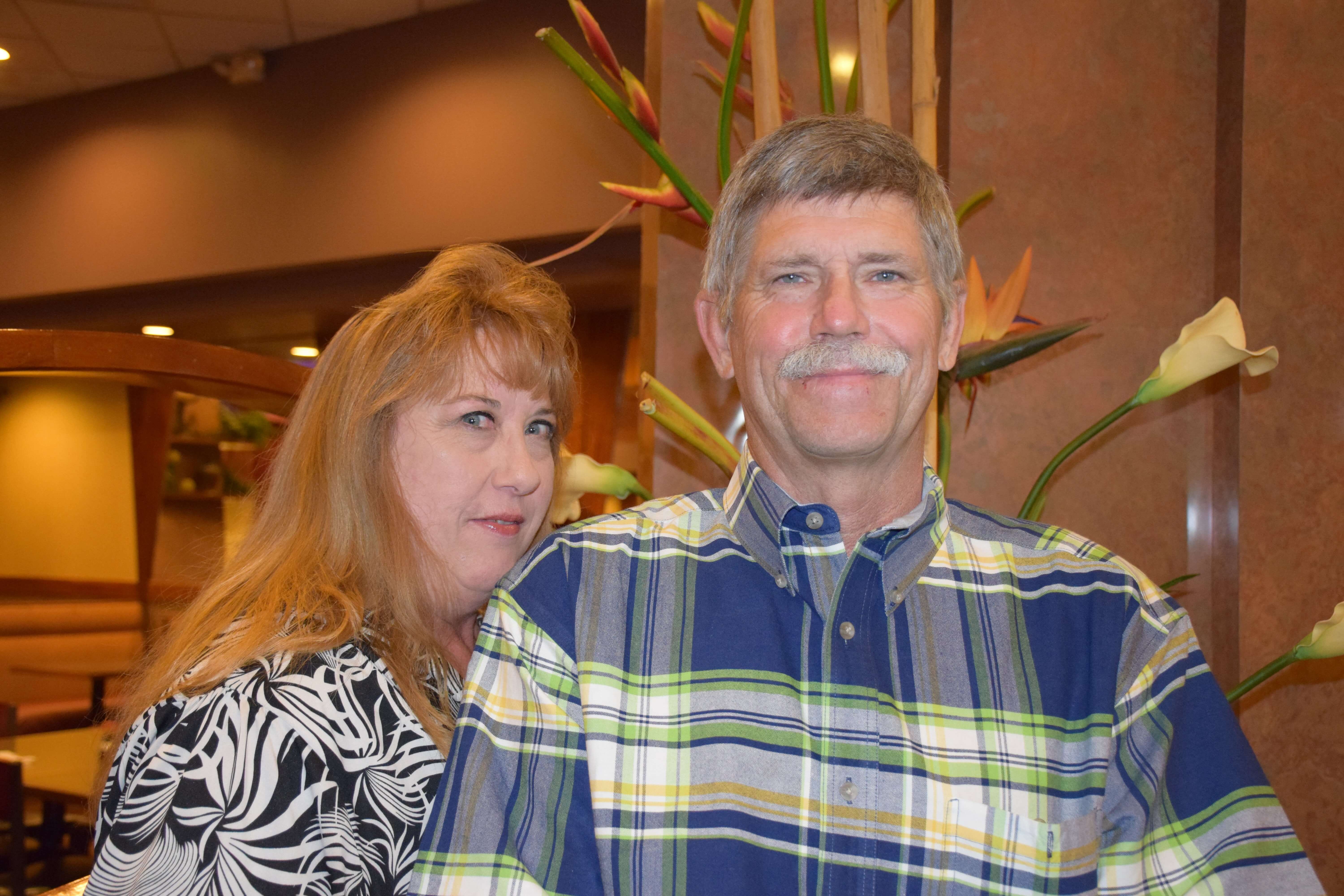 Ted Guth has months of recovery ahead of him after having a stroke in January. But the 58-year-old Santa Fe resident knows that his life could have gone down a much different path if it weren’t for the quick actions of his wife and a minimally invasive procedure that is now offered at the University of Texas Medical Branch at Galveston.

One minute, Guth remembers sitting on his couch at home. The next, he was waking up in the hospital. His wife, Kelly, noticed his symptoms that Saturday morning.
“He was leaning over struggling with his shoes and just looked kind of strange,” said Kelly. “He seemed to have no muscle control. Before I had time to react, he had slumped over and slid off the couch on to the floor.”

Fearing a heart attack or stroke, she immediately called 911. Guth was taken to the Emergency Department at John Sealy Hospital, unable to speak and paralyzed on his right side. A CT scan confirmed that he had suffered a stroke; a blood clot was interrupting blood flow to an area of his brain.

Dr. Venkata Dandamudi, director of neurointerventional services at UTMB, and his team didn’t waste any time.

“With stroke, the sooner we can start treatment, the better,” said Dandamudi. “Once a stroke begins, neurons in the brain begin to rapidly die, so every minute counts.”

Guth received an intravenous drug that dissolves clots and showed mild improvement, but there was still blockage. Dandamudi explained the situation to Kelly and began a minimally invasive procedure, called intra-arterial treatment, which removes blood clots by advancing a catheter through an artery in the groin, up to the clot. Dandamudi has performed more than 50 of these procedures since July of last year, and the results have been dramatic.

“We now have the technology that allows us to help more patients more than ever. Recent studies have demonstrated that intra-arterial treatment is about twice as likely to restore mobility and functional independence compared to clot-breaking drugs,” said Dandamudi. “Three years ago, this procedure wasn’t available and many stroke patients would end up in nursing homes. Today, more people are able to walk out of the hospital and live independent lives.”

The minimally invasive procedure is available in only about half of the advanced stroke centers in the U.S., and UTMB is the only stroke facility south of Houston that offers the procedure.
In Guth’s case, the procedure worked wonders. Although he still has a difficult time writing with his right hand and holding a conversation without forgetting words, Dandamudi says he has excellent rehab potential.

“Ted arrived at the hospital with paralysis on one side and completely aphasic. After the treatment, he was walking and had remarkable improvement in his speech,” said Dandamudi. “What’s also amazing here is his wife, Kelly’s, efforts to recognize that he was having a stroke, the paramedics bringing him here without wasting anytime, and being able to immediately start treatment. Everything went by the book, from A to Z.”

The couple still doesn’t know what caused his stroke, but they do know that he’s lucky.

“We see a lot of folks in rehab that will have a much longer road to recovery,” said Kelly. “All we can do is say that the procedures they did at UTMB, the protocols they used, the timing of it all and their attention to him has got him where he is today – and you can’t ask for more than that.”

May is National Stroke Awareness Month. For more information on stroke symptoms and to see the comprehensive stroke services available at UTMB, visit www.utmbhealth.com/stroke.