By Institute for Spirituality and Health May 7, 2015 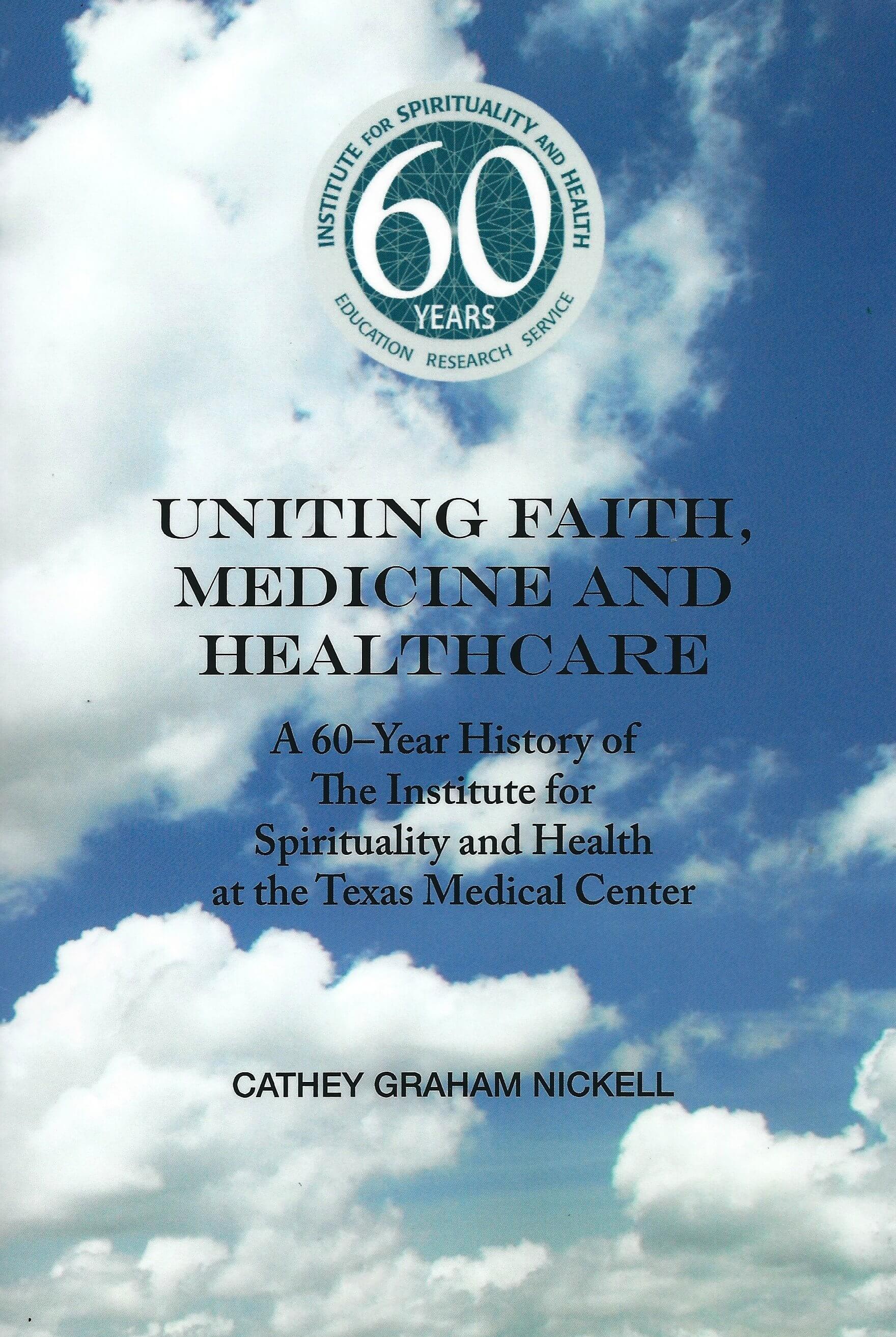 The Institute for Spirituality and Health (ISH) released a historical nonfiction book that chronicles the organization’s 60 years. “Uniting Faith, Medicine and Healthcare: A 60-Year History of the Institute for Spirituality and Health at the Texas Medical Center” is authored by Bellaire, Texas, resident Cathey Nickell. Its release this month coincides with the 60th anniversary of the organization, whose legal charter was first signed on May 4, 1955.

The book is available for purchase through Amazon and Barnes and Noble. The paperback is $12.00, and the hardcover version is $18.00. All proceeds benefit the Institute for Spirituality and Health, which is a non-profit organization that depends on contributions to achieve ongoing success.

John K. Graham, M.D., D.Min., has served as President/CEO of the Institute since 2010. Formerly a board-certified plastic surgeon, Dr. Graham became an Episcopal priest in 1994 and served at St. Martin’s Episcopal Church in Houston for many years. The blend of medical doctor and minister is a unique combination the Institute had never had in a leader until Dr. Graham took the helm. Stuart C. Nelson, M.A., is Vice President of ISH. They can be reached at 713-797-0600.

The book relays the history of this important institution that played a major role in the restoration of the union of medicine and spirituality in American medicine. Other institutions played a role, too, but the story of the Institute of Religion—as it originally was called—is noteworthy because it took place in the Texas Medical Center, which today has become the largest medical complex in the world. This book is the first comprehensive history written about the Institute for Spirituality and Health, as the organization has been called since 2008. The 120-page chronicle covers the years from 1955, the year the Institute was founded, until 2015, when the book was published.

Today, the mission of the ISH is to increase knowledge of and sensitivity to the role that spirituality plays in health and in healing. To accomplish this goal, the Institute hosts workshops and conferences, provides continuing education for chaplains and brings in guest speakers from all over the world. The ISH also conducts academic studies with evidence-based research and disseminates its findings to the public. The Institute also trains area medical students about the role spirituality plays in healing.

The book is the first published work of Cathey Nickell and the project took her more than a year to complete. She conducted numerous personal, one-on-one oral history interviews with long-time supporters of the Institute. She searched through sixty-year’s worth of board minutes, newsletters, hand-written letters, special event programs, books and other documents in an effort to compile a chronological historical record of the organization’s years from 1955 to 2015. Nickell holds a Bachelor of Arts degree in Journalism from Baylor University (1985), and a Master of Arts degree from Louisiana State University-Shreveport (2013). She can be reached at 713-443-5632.