DNA mutations get harder to hide

DNA mutations get harder to hide 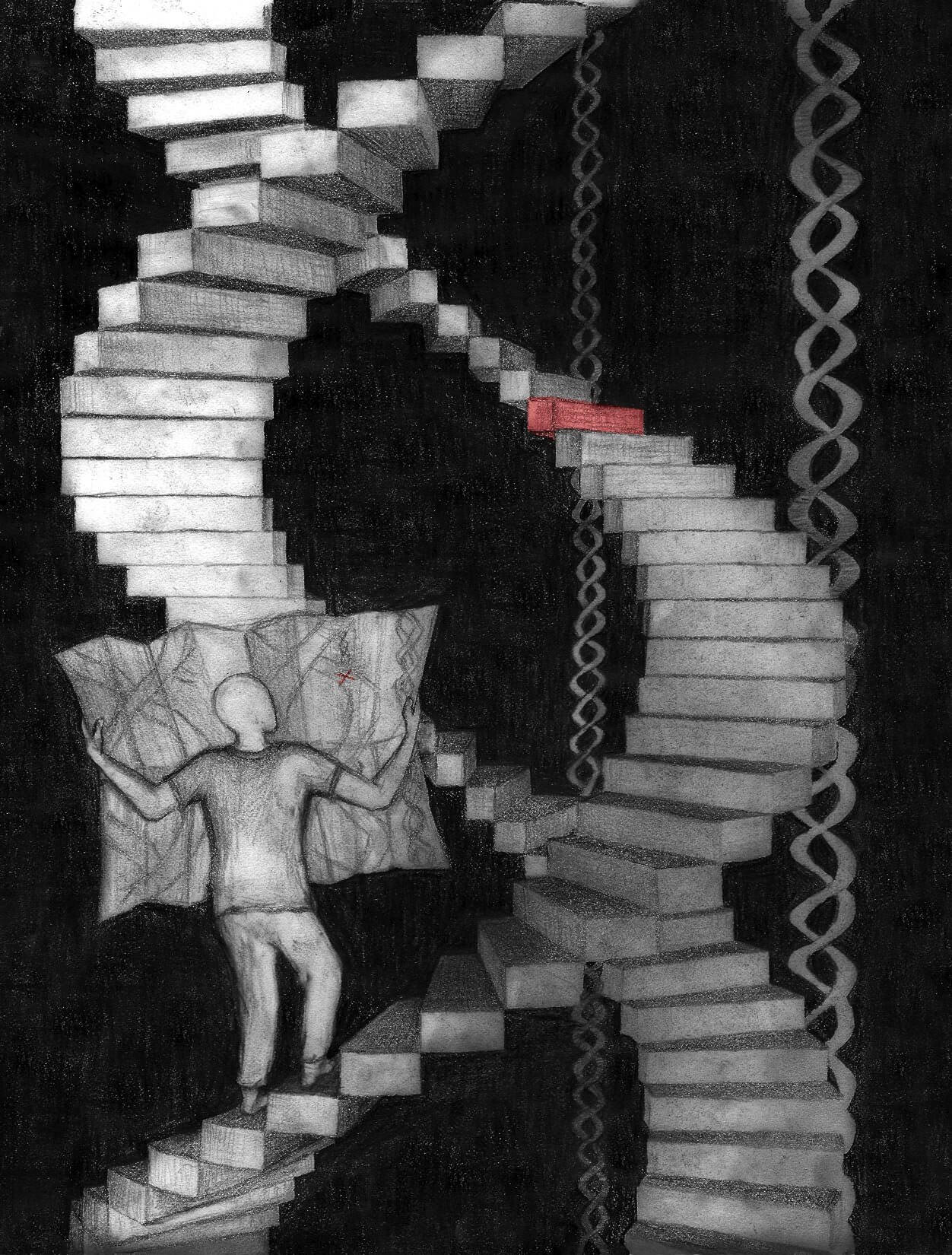 Rice University researchers have developed a method to detect rare DNA mutations with an approach hundreds of times more powerful than current methods.

The technique allows the researchers to find a figurative needle in a haystack that’s smaller than any needle.

They view their results, which appear today in Nature Chemistry, as a significant step toward advancing personalized medicine. The ability to accurately find mutations that are biomarkers for disease will help clinicians determine treatment paths for patients, Zhang said. It may also help identify rare mutations and subtypes of infectious diseases as well as drug-resistant strains.

A single-nucleotide variant occurs when one of the four basic components that make up DNA or RNA mutates. Nucleotide variations are responsible for an individual’s characteristics, like eye color, but mutations can leave the body vulnerable to disease, or even be the root cause. The ability to accurately find rare single-nucleotide mutations is becoming increasingly important as scientists drill down into genomes to find biomarkers for early cancer detection.

“We’re trying to solve the needle-in-a-haystack problem,” Zhang said. “Basically, how do you detect a very rare mutation in a large pile of healthy DNA molecules? The needle you’re looking for might be a cancer-mutation DNA or bacterial-pathogen DNA, and the hay is healthy human DNA, maybe from blood.

“Traditionally, researchers build a magnet that’s very good at fishing out the needle,” Zhang said. “It’s supposed to bind to the needle, but not to the hay. But that only works to a certain extent, and even the best magnets so far can barely pull one needle from 20 pieces of hay or so.

“We decided to add a goat, which goes around and eats hay, so you have a much smaller pile and can pull out your needles.”

The challenge, Zhang said, is to keep the competing forces balanced. “There’s a very difficult Goldilocks zone of how strong you want your magnet to be and how hungry you want your goat to be,” he said. “Our paper basically shows there’s a small window in which you can design them to get very high specificity. We can find, on average, one needle for every thousand pieces of hay.”

The Rice team’s tool involves “competitive compositions” of synthetic reagents that bind to particular gene sequences. What they call the probe (the magnet) and sink (the goat) are sequence-specific DNA molecules that root out single-nucleotide variant targets in solutions that also include healthy “wild-type” sequences. The toehold-based sinks bind to the wild-type DNA and leave the probes to seek out mutations in the target DNA.

Zhang and Wang carried this hybridization technique a step further as they determined the optimal conditions — the window — for each experiment, based on simulations. By simulating experiments in computers and observing the results, they were able to design actual chemistry experiments and reagents with much better performance than traditional trial-and-error approaches. Because the probes’ specificity and sensitivity tend to be mutually exclusive except in the narrow Goldilocks zone, finding the zone for each was critical.

Under the right conditions (based on the sequences, the simulation-aided design of the probe and sink, the reagent concentrations and the assay conditions), the lab’s custom X-Probes attached to mutant DNA with a particular binding affinity and fluoresced; they ignored wild-type sequences that had slightly different affinity.

Zhang noted the technique should lead to significant savings, especially for research labs. “Cost is not the primary contribution here, although we did reduce it by a factor of five to 10,” he said. “For researchers, it matters whether a test costs $20 or $300, especially if you’re doing a multiplexed assay that checks for a few hundred different target mutations.

“The real benefit is still being able to do more specific detection, basically being able to detect mutations at a much earlier phase when there’s not as much cancer DNA floating around,” he said.

The National Institutes of Health, the John S. Dunn Foundation and the Rice Department of Bioengineering supported the research.