With the growing threat of bioterrorism and newly emerging infectious diseases, Texas A&M cultivates strategic partnerships in preparation for the next national public health crisis 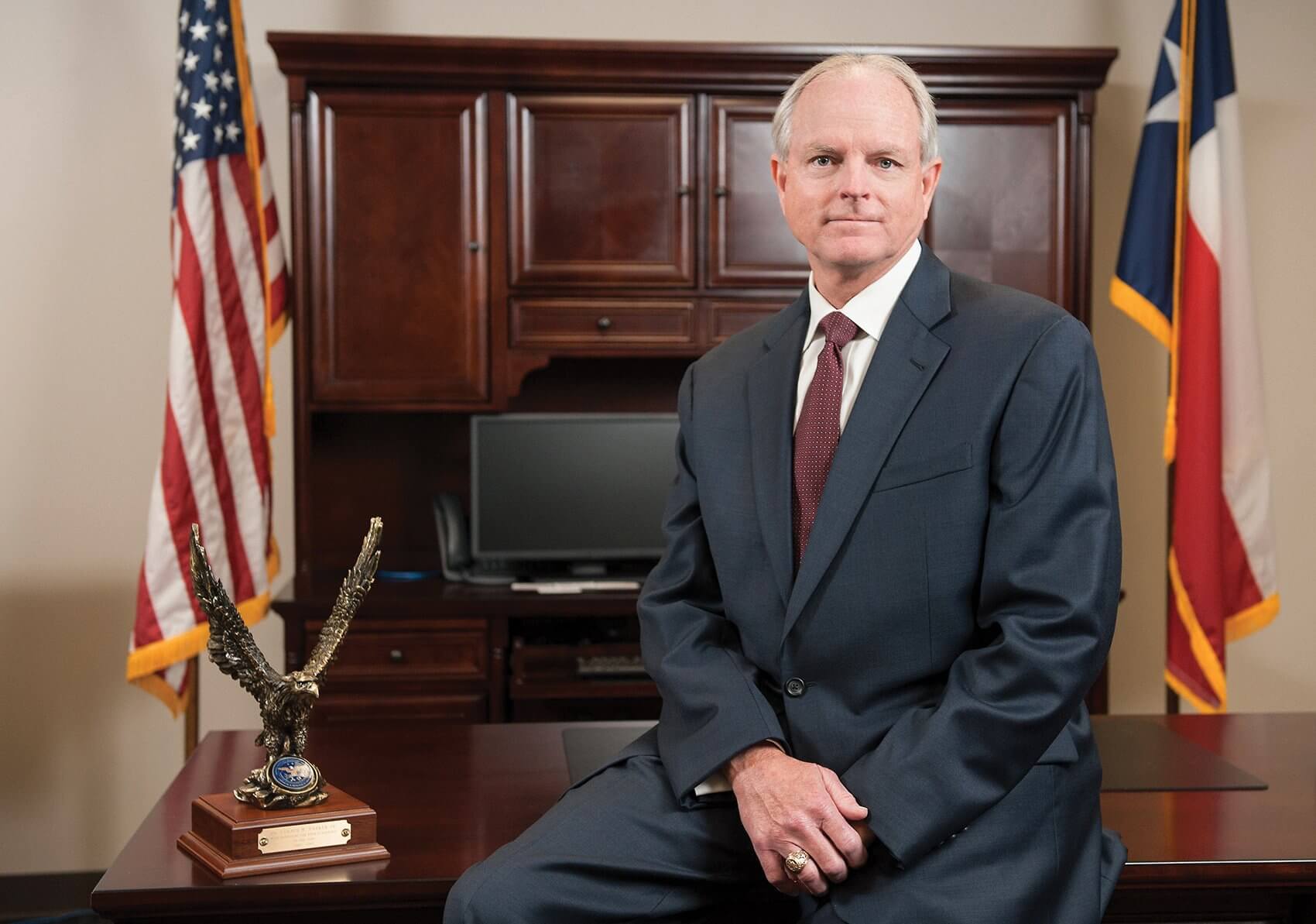 Slow-growing vaccine candidates birthed from tobacco plants, bloodborne antigens exchanged through careful transfusion, compulsory quarantines, neon yellow hazmat suits, gloves, gowns, goggles—and lots and lots of bleach. These are the tools the world used to fight Ebola. But for a highly contagious disease that claimed its first victim in 1976, could we have been more prepared?

No one can say for sure, but in a globalized world marked by proliferate air travel and a mounting imbalance of chemical and biological intricacies, Gerald Parker, D.V.M., Ph.D., is committed to ensuring the nation is better equipped to confront the next big public health crisis—no matter how unlikely it may seem.

“There are a lot of challenges and opportunities in the bigger security arena and in bio-preparedness specifically that we need to worry about—both natural threats or intentional threats like bioterrorism,” said Parker. “But I’ve got to say that maybe one of the biggest threats today is complacency. The world really is a small place now and overnight we could be confronted with the next big pandemic. We need to be prepared and there has to be more focus on low-probability, high-consequence threats.”

Parker, whose 35-plus years of experience include over two decades of active duty in the Army Medical Department and extensive federal public service in the Department of Homeland Security, Department of Health and Human Services and the Department of Defense, was brought to Texas A&M Health Science Center (TAMHSC) in 2013 to serve as vice president for public health preparedness and response, as well as principal investigator of the Texas A&M Center for Innovation and Advanced Development and Manufacturing (CIADM). In 2014, he was appointed deputy director of the Texas Task Force on Infectious Disease Preparedness and Response to help address the state’s capabilities to respond to the Ebola virus.

The Texas A&M CIADM is one of only three such centers in the country designed to ensure public health emergency preparedness through a public-private partnership with the U.S. Department of Health and Human Services. It is tasked with responding to potential pandemics or threats to public health, including naturally emerging diseases such as MERS, H1N1 and Ebola, as well as manmade chemical or biological warfare, similar to the anthrax-laced letters of 2001.

Rooted within TAMHSC, the CIADM leverages a wealth of resources from the institution. The goals of the Texas A&M CIADM are to ensure the U.S. can develop and produce lifesaving vaccines and therapies quickly and also improve the overall ability to protect the health of Americans in situations involving biological threats.

“The center is really about accelerating research and development alongside the manufacturing of vaccines and therapeutics,” Parker explained. “The use of biotechnology to discover new approaches and platforms for developing countermeasures and therapies is currently happening at an unprecedented pace in this country, but we have to bridge those very promising discoveries from the laboratories to the development of a licensed product that can actually be used in trials or on the field.”

That gap between the laboratory and the field is known as the biotech valley of death, and it’s easy to see why.

“The investment required to bring a vaccine into clinical trials and to market is expensive and risky, so sometimes effective treatments are just sitting on shelves waiting for a market,” Parker explained. “The need for vaccines and therapies during the Ebola outbreak is a perfect example. We’ve had an understanding of the virus for over 20 years, and although the science behind it is very hard, in this late stage it seems like we really should have had more vaccine candidates available. Unfortunately, efforts were not being prioritized or focused earlier, so there were only two to three potential vaccine candidates in the research pipeline that could be rushed into manufacture and clinical trials.”

To help bridge the valley of death, Texas A&M is developing a new capabilities-based flexible and adaptable manufacturing platform.

“Our center is poised to surge for the development of medical counter-measures, but we need to see continued investment in the research and development stage—our ability to quickly advance vaccines and therapeutics is critical in this fight for global health security, because no one can predict what the next threat will be.”

Looking to his past in the military and federal government, Parker is using the lessons he’s learned in collaborative partnerships to fuel investments and further the center’s capabilities while improving global health security.

During his work with the Department of Defense, Parker built strong partnerships with officials in South Korea, and in February, he was invited to Seoul to serve as the keynote speaker at an international symposium commemorating the establishment

of the Biodefense Research Institute (BDRI) at Korea University. The visit was underscored by a signing of an official Memorandum of Understanding between TAMHSC and Korea University, establishing one of many strategic partnerships for the Texas institution.

Because of South Korea’s location, experts are increasingly concerned about the possibility of a bio-threat in the area. In his address to officials from international governments, universities and the private sector, Parker commended Korea University for their commitment of resources and stressed the importance of the BDRI’s establishment in an academic institution with such a strong foundation in science.