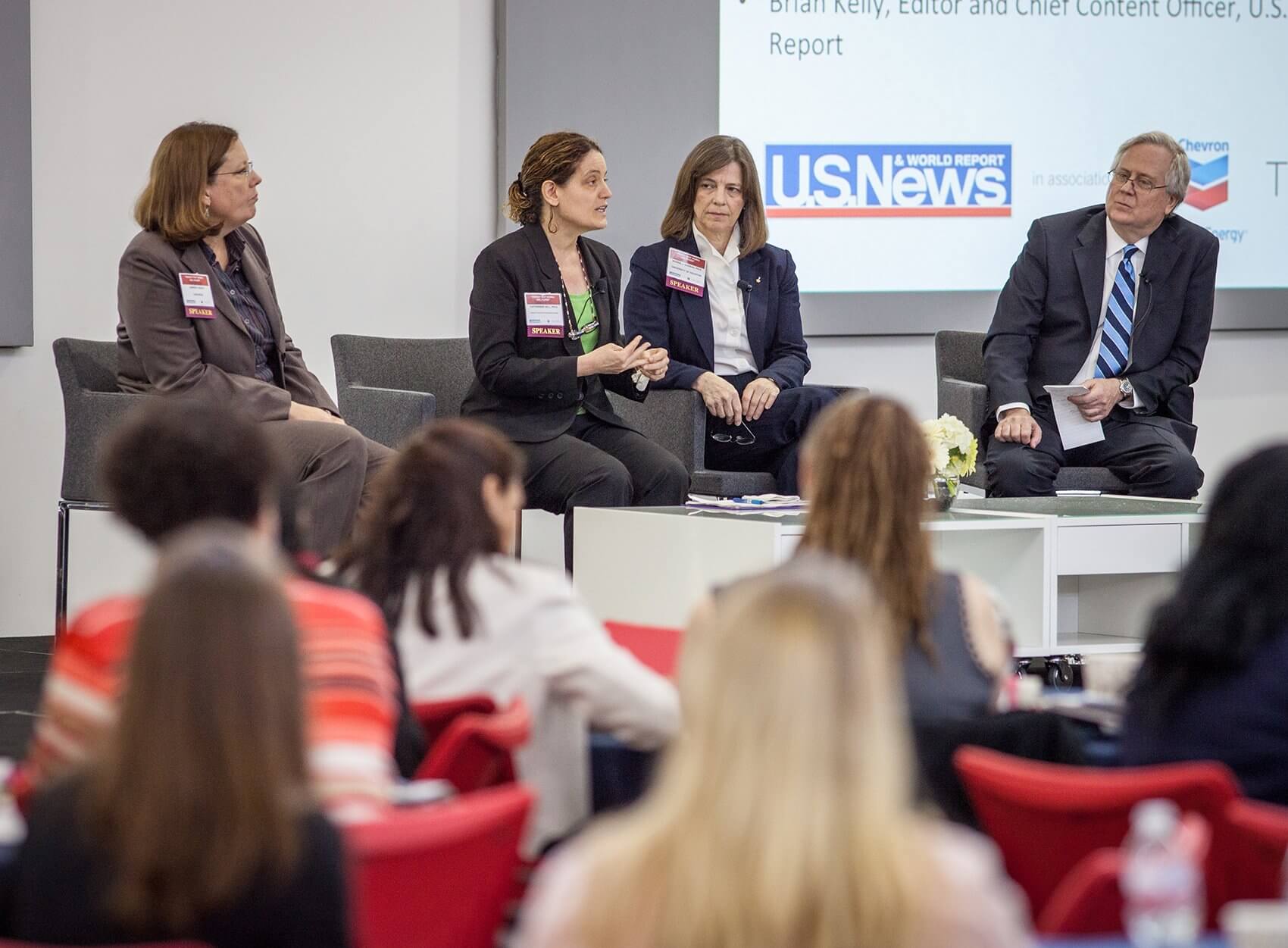 The paradigm of gender representation is shifting. Women have taken tremendous strides in education and the workplace during the past 50 years, making impressive gains even in historically male dominated fields such as business, law, and medicine. As we embrace a future relying increasingly on advancement and innovation, one key area remains woefully underrepresented. In science, technology, engineering, and mathematics (STEM), women’s progress has been slower. At a time when women are increasingly prominent in business, law, and medicine, what can we do to prompt more girls to pursue careers in everything from aerospace to astrophysics?

On April 7, 2015, U.S. News & World Report, in association with Chevron and the Texas Medical Center, hosted a cross-disciplinary summit to bring together community leaders and stakeholders to address that issue. Entitled “Energy that Works: Girl Power,” and held at TMCx, the accelerator program located within the Texas Medical Center’s Innovation Institute, the event sought to spark conversation about ways to prime the pipeline with more women scientists, mathematicians, engineers, and other talented professionals.

“From both a local and a national perspective, you really have to look beyond how many graduates we’ll have tomorrow,” noted Brian Kelly, editor and chief content officer of U.S. News & World Report, in his opening remarks. “The phrase that we’ve attached to our conference is, ‘teach, inspire, hire.’ The teaching element is obvious to everyone in this room, and the inspiration element is something that we’re going to talk extensively about, but the hiring component is huge. It’s so critical to frame this as a jobs issue.”

With half a million jobs in fields stemming from science, technology, engineering and math in Houston alone, that emphasis is essential. “Houston’s really one of the top ten metropolitan areas for jobs that require that base of knowledge,” said Barbara J. Burger, Ph.D., president of Chevron Technology Ventures. “If you look at any of the forecasts for the future, that number is only going to go up. Part of the challenge is getting people interested and helping them realize that it’s part of fueling the economy in addition to fueling their own family.”

“I’m very proud of Chevron’s efforts to champion STEM education in the U.S., all the way back from kindergarten up through to college,” she added. “We can’t just wait and assume that there will be additional college graduates in the disciplines that we’re interested in without help, so we need to make this a long-term journey.”

A study conducted by the American Association of University Women, appropriately named “Why So Few? Women in Science, Technology, Engineering and Mathematics,” aims to illuminate the reasons behind women’s underrepresentation in STEM.

“Throughout the work that we did, we found a major factor is implicit bias,” explained Catherine Hill, Ph.D., vice president for research at the American Association of University Women during the morning’s panel discussion. “Biased people might say, ‘women can’t do this,’ or ‘they’re not good at that,’ but there’s also a kind of bias that we’re unaware of in the back of our head, and it does affect our decision making. Helping people identify and understand their biases allows them to work on compensating for them.”

In addition, girls’ achievements and interest level in math and science are shaped by the environment around them. “What you see in a public school system like the Houston Independent School District are a lot of societal pressures that we didn’t used to have, and a huge disparity in income levels,” said Janeen Judah, 2017 president of the Society of Petroleum Engineers Int’l and General Manager-Southern Africa Business Unit at Chevron. “If you’re from Houston, this city’s all about business and it’s very economically driven—the DNA of Houston is that we’re all about working hard. We need to provide students with a basis in math and science for those emerging jobs, and if girls in particular drop out from that track, they never have that opportunity.”

Relaying an experience he shared with a young woman pursuing a career as a cardiac heart surgeon as early as 14—she now attends Stanford University School of Medicine—Robert C. Robbins, M.D., president and chief executive officer of the Texas Medical Center, showcased the endless possibilities that await girls interested in STEM.

“I tell that story every day to really encourage people that the sky is no limit, and especially encourage young women that they can be anything they want to be,” he said in his welcoming remarks. “It’s because of your mentorship and great teaching that we’re going to change the way that we look at young women going into science, technology, education and math.”