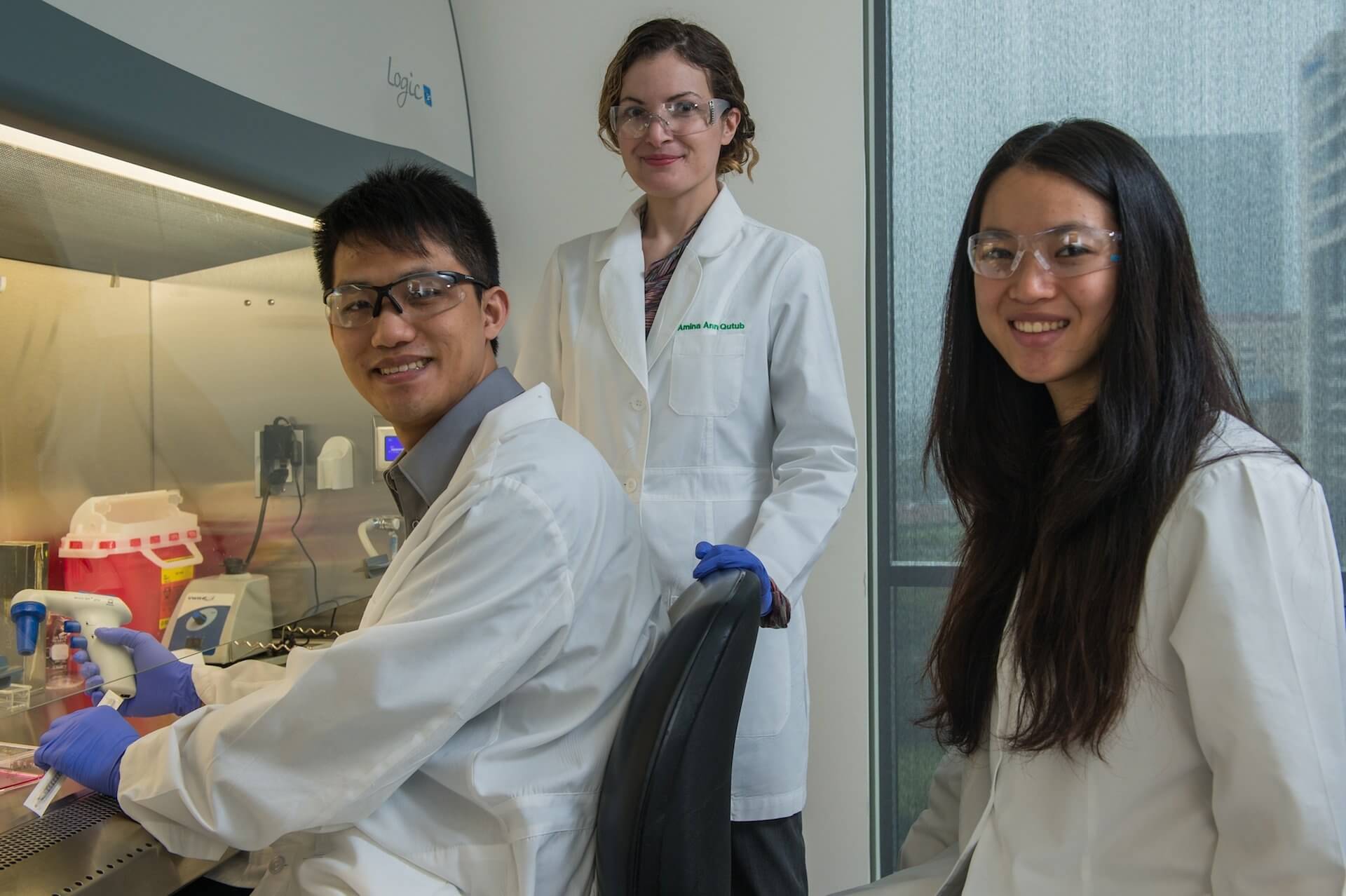 Drugs that target insulin pathways to slow or stop the growth of brain tumors are going in the right direction but appear to be on the wrong track, according to new research at Rice University.

Through detailed computer models and experiments on two distinct glioblastoma cell types, the Rice lab of bioengineer Amina Qutub has found reason to believe therapies that attack the insulin signaling pathway thought to influence tumor development have had mixed results in trials because they go after the wrong targets.

The research, which appears this month in PLoS Computational Biology, provides deeper understanding of interactions between key factors in the insulin signaling pathway that influence the growth of glioblastomas.

Studies have shown that patients who are obese, diabetic or both have the highest incidence of glioblastomas, the deadliest form of cancer and one that has proven nearly unbeatable. “There have been high-profile papers on diabetes and obesity as risk factors not only for cancer in general but for far more aggressive brain tumors,” Qutub said.

The new work led by Rice graduate student Ka Wai Lin is the first to establish, through a computer model, mechanisms that show why some brain tumors are insulin-sensitive while others appear to be insulin-insensitive. He said earlier experimental studies have looked at two aspects of the insulin pathway suspected of influencing glioblastomas, but they were never considered in tandem until now.

Medications that have reached the clinical trial stage focused on the insulin growth factor protein known as IGF1 and its connection to a transcription factor, hypoxia inducible factor 1a (HIF1a), an oxygen sensor continually produced in cells and degraded if sufficient oxygen is present. HIF1a has been implicated in glioblastoma progression.

The Rice model suggested the pathway from another growth protein — IGFBP2 — to the HIF1a transcription factor is, by comparison, more integral to the growth of the malignant brain tumors and a worthy target for future therapeutic studies.

The failure of medications that focused on the IGF1 pathway to move from success in animal models to similar success in human trials shows the need for a new approach, Qutub said. Her lab at Rice’s BioScience Research Collaborative studies molecular-signaling pathways through computer models and experimentation with a focus on hypoxia, or oxygen starvation, and its effect on biological systems.

“They have been focusing on the right pathway, but the wrong molecules in that pathway,” Qutub said. “While the insulin pathway has been studied in cancer for many decades, IGFBP2-HIF1a signaling feedback has never been tested in the way Ka Wai explored.”

Patient responses to drugs that affect the insulin pathway depend on the type of tumor, she said. “In vitro and in patients, some glioblastomas are sensitive to insulin and others aren’t. We’re saying that for those who are — and many are — you really need to target the pathway we’re describing.”

Lin is preparing experiments on glioblastoma cells in collaboration with Texas Children’s Hospital and Baylor College of Medicine to see how the cells respond to stimuli that affect the pathways. “It’s not just the growth that kills you; it’s also the movement and the metastasis of the cells,” he said. The researchers will use the findings to assess the model’s validity.

Qutub noted “the jury is out” as other recent studies suggest diabetes might actually reduce the risk of glioblastoma, while others say exercise and glucose control can cut risk. Computational modeling of all the possibilities can help clarify the picture, she said.

“By modeling, we can test different scenarios rapidly before going back into the lab, without being wedded to a particular animal model or subset of human studies,” Qutub said.